Does Charity Fill The Economic Gap In Egypt? 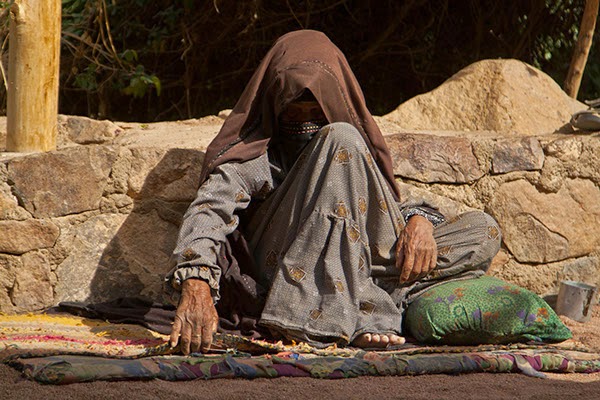 In a world where the progression of free markets makes way for more greed, we see growth rate statistics that don’t resonate to the social injustice obvious to everyone who takes a look around. Governments and their different bodies often seem to work much harder on polishing their countries’ conditions than actually fixing them.

Amid this continuous political game of pretense, we see gaps widening, and social injustice eroding communities’ sense of security only to replace it with sickness that weakens the entire society.

As elaborately discussed in Richard Wilkinson’s book ‘TheSpirit Level’, regardless of the wealth or poverty of a country, and regardless of its average GDP growth, the widening of the gap between the rich and poor is certain to affect the well-being of everyone,  the rich included. Although some governments aim to achieve narrower gaps through reducing gaps in earnings, others realize that goal through taxation and redistribution of wealth.

Away from secular countries where religions and spirituality are rarely spoken of, Arab Middle Eastern countries build much of their laws and regulations in accordance with the prevailing religious context. According to the CIA’s World Factbook, Egypt comprises a majority of faith holders including Muslims reaching up to 90%, Coptic Christians forming 9%, and 1% of non-Coptic Christians.

While secular nations call for redistribution out of political planning, many Egyptians abide by redistribution constituted both by the state, in the form of taxes, and religion. Among the five main pillars of Islam is Zakat, which calls on well off Muslims to annually pay 2.5% of their net monetary wealth. Furthermore, Islam also encourages Muslims to pay a non-obligatory Sadaqa, which like Zakat, is spent on less well-off citizens.

Furthermore, the Church also motivates its believers to pay non-obligatory Oshour, which is 10% of their salaries, as well as Bokour, which is donating one’s full first salary to the Church. 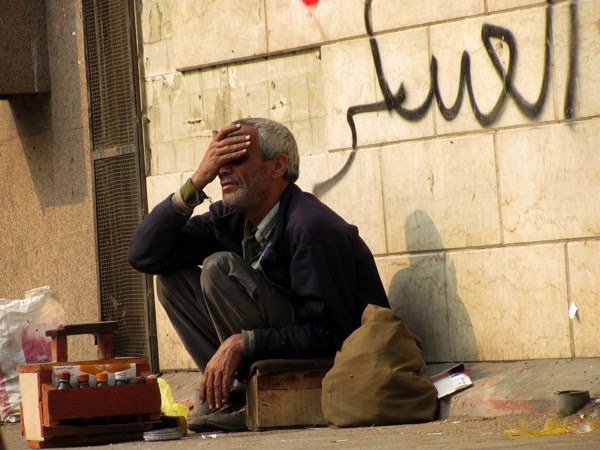 Putting the previous through a simple mathematical calculation while bearing in mind that Egypt’s population has grown to 95 million, it isn’t hard to imagine the amount of money being willingly circulated in Egypt out of faith and spirituality. If Christianity began in Egypt in 55 A.D and Islam in 654 A.D, then one would assume that Egyptians breathe social equality, and that the rich and poor live in perfect harmony.

But then you log on to Egyptian news websites and you read that “Around 27.8% of Egyptian youth are poor while 24.1% are near the poverty line, the latest report issued by the Central Agency of Public Mobilization and Statistics (CAPMAS) revealed,” and you can’t help but wonder where all the money goes.

In order to try and figure out what is really going on, I had to contact someone who has field experience with the what goes on ‘backstage’ where all this philanthropy and charity money is processed.

Manal Ghali started volunteering in As-Sahabi Mosque, Cairo, 13 years ago where she worked for seven years in the Zakat committee, and for 10 years in the Takaful (a type of Islamic insurance) committee. 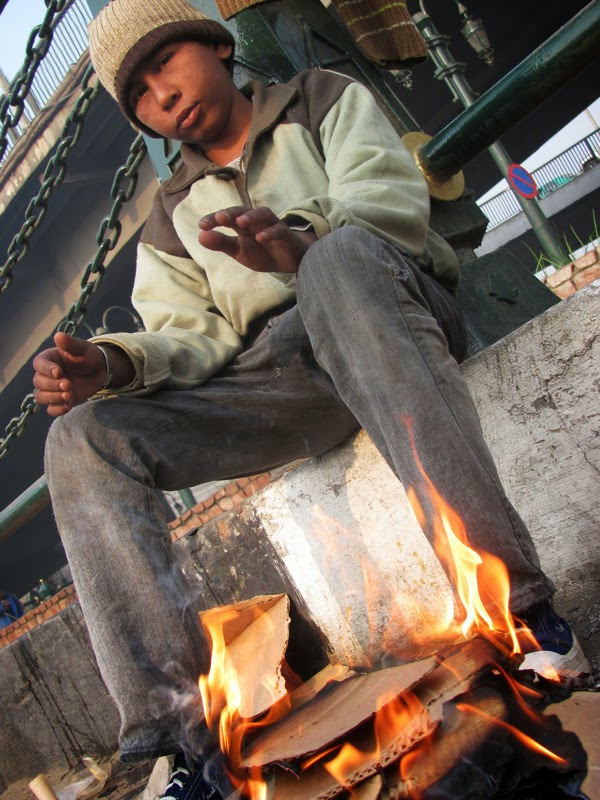 “I decided to stop working with the Zakat committee after seeing for myself all the deceit and lying that takes place, and that’s why I only work now with Takaful in Upper Egypt where people truly are in need,” expressed Ghali.

According to her estimations, no less than 70% of those who publicly appear to be poor in Cairo are in fact quite well-to-do. While most mosques don’t thoroughly run a background and status check for those who request monetary support, Ghali praises the effort they put at As-Sahaby Mosque into ensuring that the money goes only to those who truly deserve it.

During that process, Ghali encountered numerous forms of trickery acted out by the seemingly poor to get their hands on as much money as possible. From forging death certificates to deliberately living in poor houses besides the fancier residential they own, Ghali grew more and more certain that she was dealing with people who aren’t as ignorant as the society assumes them to be. “They are much smarter than you and I are,” she exclaimed.

To one’s surprise, the chain of greed doesn’t seem to grow solely among those who are (or pretend to be) less fortunate. “Theft in mosques and the institutions run by mosques is awfully frequent,” added Ghali in utter awe. She explained that many of those who work on deploying the influx of charity money are the first to unrightfully take a lot of it for themselves.

With stories like these circulating the city via word of mouth, many Muslims are growing quite skeptical towards the institutions they used to entrust with their Zakat money.

“Ever since I started volunteering at the mosque, many of my friends and family started giving me their Zakat and Sadaqa money because they trust I’ll make sure they reach the rightful people.” 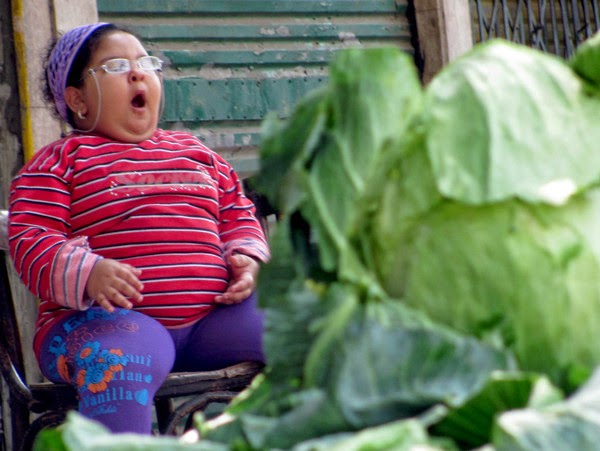 Nevertheless, redirecting the inquiry towards how the Church puts philanthropy money to use seemed a lot more promising. To answer my questions regarding the Church’s activities, Sameh Wagih walked me through his eight years of service in Akrasha, a Cairene slums area around Al-Marg.

“At first, when we started our work at Akrasha, our objective was to educate the children,” narrates Wagih, “but then, our work with the children unveiled a lot of issues with their parents which required much of our attention.”

Akrasha is a very poor area dominated by recycling factories where many, who are originally from Upper Egypt, have moved to get jobs paid in wages. While the conditions there seem bleak for everyone, the Church mainly dedicates its services to elderly widowers and orphans. Unlike what many mosques which choose the easy way out do, churches are quite firm about who they provide their services with. Only old widowers are allowed a full monthly stipend of around EGP 80, while other younger women who are capable of work are only given support on one condition, that they work and support themselves first. 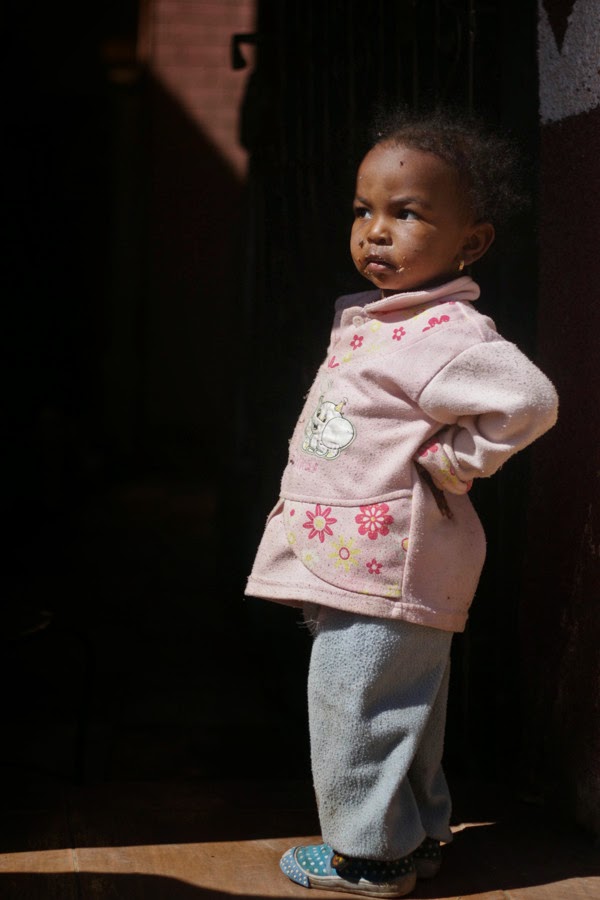 Upon asking Wagih whether he thought some people abused the services they received, his unhesitant response was, “Yes, of course.”

“When we run a case study, and we find that the breadwinner is not worthy of our support, we instantly cut him off. But what troubles us is that their first reaction is to deprive kids of education, and they force them to go to work,” elaborated Wagih. He explained that many of Akrasha’s residents are plagued with ignorance which makes them devoid of any self-worth and motivation for work and success.

Just when I started getting the impression that everyone is taking the easy way out asking for help while refusing to even work, Wagih reassured me saying, “actually, most people don’t want money. When they resort to us, they ask us for help with a particular issue like paying for their medication or their children’s school fees.”

Meanwhile, Wagih and similar Church servants continue to combat the status quo of ignorance through raising awareness, and providing every breadwinner with a small project that he and his family can rely on.

Stepping away from religious institutions, Egyptians, and Muslims for the most part, are starting to revisit where they put their Zakat and Sadaqa money, and the latest growing trend is diverting their donations to sustainable development organizations administered by the civil society.

Among the many emerging and growing developmental NGOs is Misr El-Kheir which has been active in Egypt since 2007. Misr El-Kheir’s activities revolve around 5 main axes including social Takaful, health, education, scientific research and innovation, and “walks of life”. 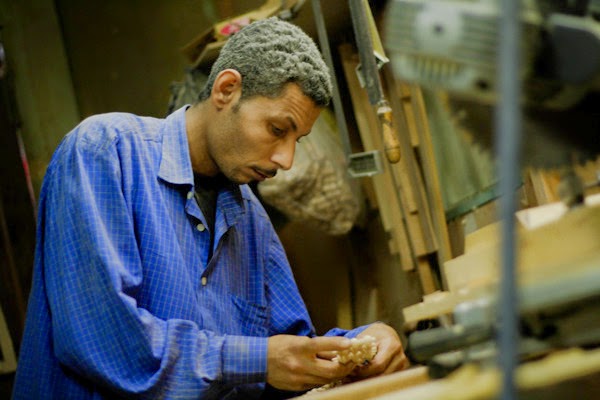 With more fields to contribute to, Misr El-Kheir manages to meet a wider variety of needs varying from starting small businesses and following up with them, to assisting students in receiving technical education in Italy and France as well as finishing their Master degrees.

“To date, we have launched 170 projects that focus on human development active in several fields, and serving the 5 axes around which we work,” added Hala El Sayyed, media consultant at Misr El-Kheir.

As propitious as it is, one can only wonder if the diversion of cash flow to developmental entities in Egypt will, for a fact, change the status quo, or if the feast will remain only accessible to the few who can save themselves a seat, leaving only crumbles and leftovers for the true unfortunate souls.

In a country so corroded by corruption, one can never truly tell.