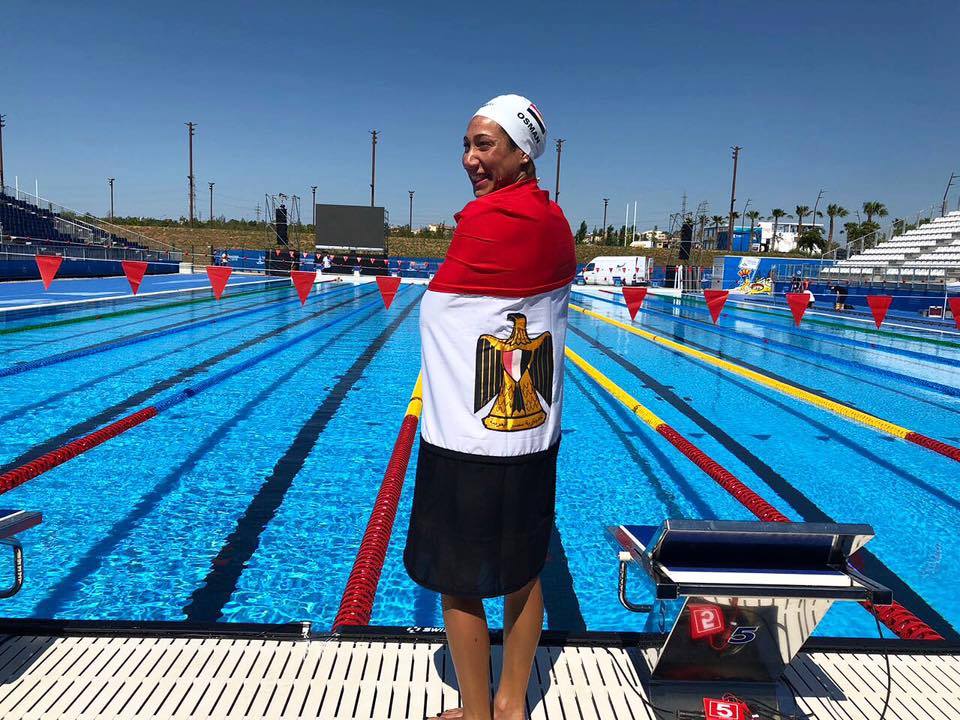 Egypt was able to amass 23 medals so far at the 2018 Mediterranean Games which is currently being held in Spain.

According to the Egyptian Olympic Committee (EOC), Egypt’s presence in the 18th Mediterranean Games is reflected through 170 players participating in 21 sports. The EOC announced on their Facebook page that the participating Egyptian players are highly-spirited. The national anthem was played 7 times in the competition while the Egyptian gold medalists were awarded in Spain; the medalists are determined to bring more medals home.

The Mediterranean Games span over 10 days, from 22nd of June to the 1st of July, in Tarragona. First hoted in Egypt in 1951, the games are a multi-sport event held every four years, between countries around or very close the Mediterranean Sea.

Abdelrahman Elaraby got the silver medal in the 200m Butterfly competition, and Ali Khalafalla got the bronze medal in the 50m Freestyle race.

Ahmed Elasfar earned the silver for Men’s more than 84 kg Karate event, and Ahmed Elmasry won the bronze for the same category.

Afaf El-Hodhod won the bronze medal in the 10 meter Pistol Shooting while Ahmed Kamar received the silver medal in the trap competition.

Egypt to Investigate Egyptian Football Association's 'Failures' at World Cup
Egypt Finishes Bottom of the Group in the World Cup, and Social Media Has Much to Say

Nancy Allam has studied Political Science at the University of Toronto and is currently studying at the The London School of Economics and Regent’s Business School where she is pursuing her Masters in Global Management. Prior to living in London, Nancy worked at DioGuardi Tax Law and Amnesty International in Toronto, and more recently at US corporate law firm Chadbourne and Parke in Dubai. Nancy is passionate about corporate and international human rights law and has lived in Indianapolis, Riyadh, Dubai, Toronto, Cairo, Geneva, and Zurich.

Egypt Finishes Bottom of the Group in the World Cup, and Social Media Has Much to Say
Egypt to Investigate Egyptian Football Association’s ‘Failures’ at World Cup