African Photographer Brings Women Back on the Frontline of African History 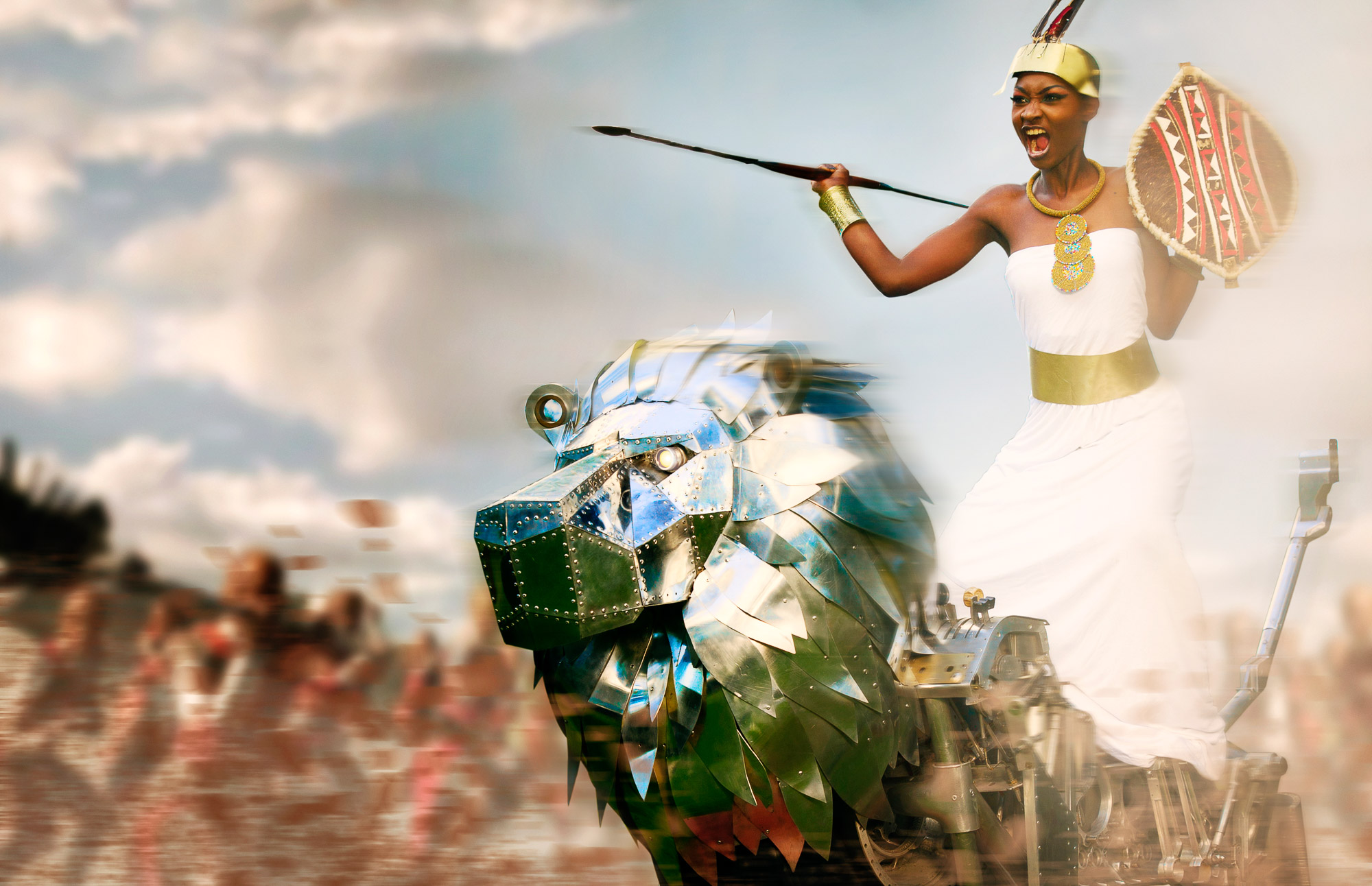 Award-winning Kenyan photographer Richard Allela brings out the narrative of the powerful African queens during the Kingdom of Kush.

During 3 BC and 2 BC, the empire of Kush, which ruled across what is now considered modern day Egypt and Sudan, was lead by a line of “independent female rulers” who are referred to as the “Candaces” or “Kandake”.

The term “Candace” or “Kandake” is a title given to queens who ruled Meroe, the capital of the Kush Empire located east bank of the Nile in Sudan. These “Kandakes” ruled either independently or alongside their husbands. However, the true fascination is that some of these “Kandakes” were worrier queens who led their armies to war, many of them were notorious for riding fierce animals to the battle field.

In the Bible, Philip the Apostle encounters “a eunuch of great authority” under her reign. She is referred to as  “Candace, queen of the Ethiopians”, a region which is considered modern day Sudan. The “Kandake” then converts him to Christianity according to Acts 8:27-39.

Several people have confused “Kandake”, a title, as a first name.

Records have shown that prior to King Ergamenes “Arkamani I” who ruled the kingdom from 295 BC to 275 BCE, “Kentake” similar to “Kandake” was used to women of royal decent. However, during his reign, King Ergamens reformed the monarchy and elevated the position of royal women giving them the opportunity and power to rule as his successors.

This project was coincidentally released during the Sudanese revolution, where “Kandake” is a title given to female protesters. This drew the attention of several people who saw this title as a was to revived the history of “Kandakes”, the Nubian queens.

Africa’s history is predominantly recorded by non-Africans as a result of decades of colonization, so there is a growing movement in retelling the African narrative by natives. Allela is planning to highlight the power and influence different African kings and queens over their nations that resonates in my countries to this day.

Along with his colleague Kureng Dapel, Allela released a project ‘African Queens‘ depicting the life of the Kenyan icon, the warrior woman Mekatilili wa Menza, who freed Kenya from the British colonialists.

Season of Migration to the South: a Journey Down the Nile
Young Egyptian Photographer Documents Grass Root Professions in Cairo

In Photos: Photographer Captures Rare Scenes of Joy Amidst the Destruction in Gaza

Young Egyptian Photographer Documents Grass Root Professions in Cairo
Season of Migration to the South: a Journey Down the Nile