History of the Eyeliner: From Nefertiti to Modern Day Women Leaders

ES Buzz
History of the Eyeliner: From Nefertiti to Modern Day Women Leaders 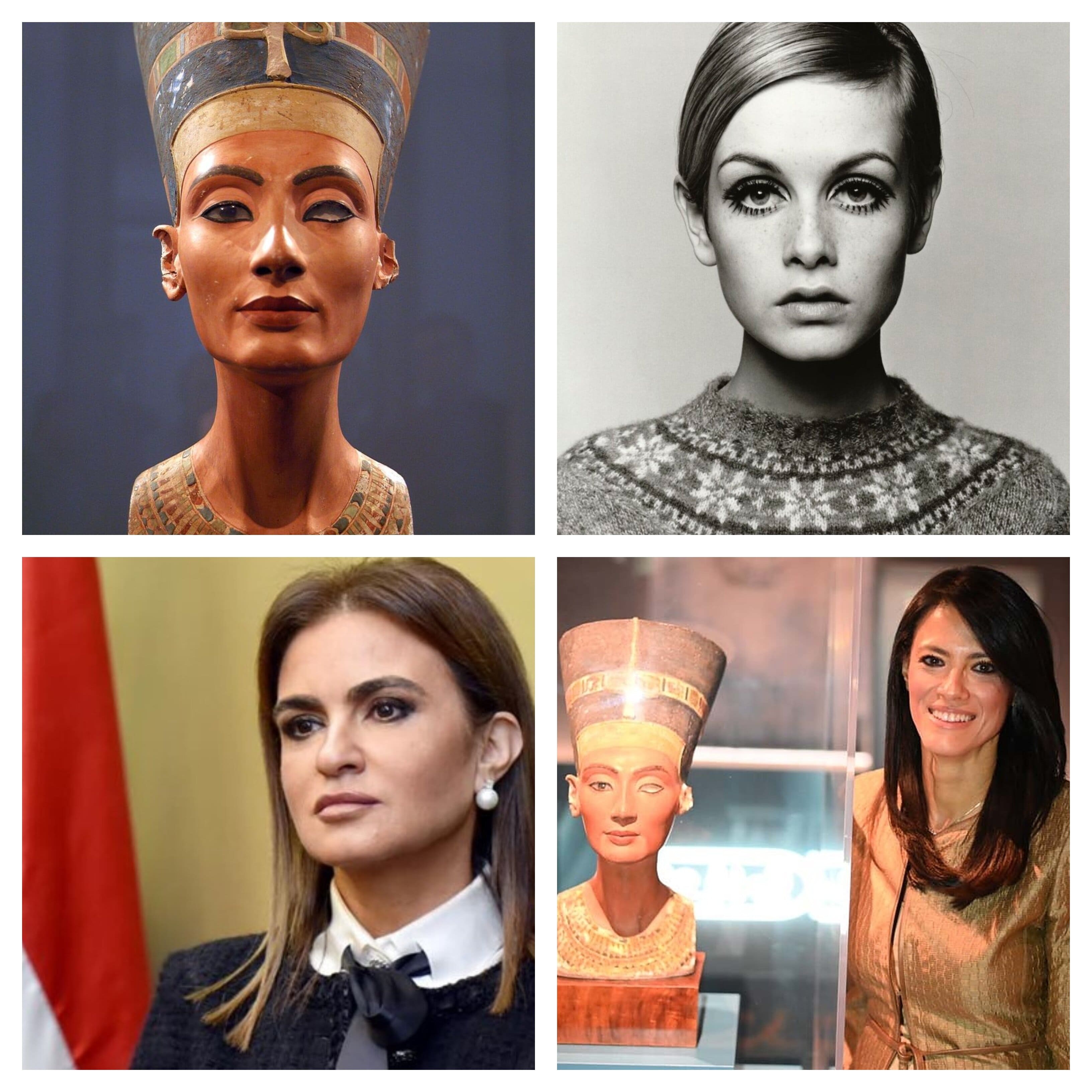 Most people associate the history of the ‘eyeliner’ to ancient Egypt and particularly Queen Nefertiti, followed by how it came to later spread to other societies. Yet what’s not as known is how it is also a cultural and feminist symbol, as it determined women’s class and position in society.

It is difficult to understand the real purpose behind why it was worn at the time, yet historians believe that there actual cultural and historical reasons, which included honoring deities and maintaining hygiene.

Similarly, Bedouin men and women also wore kohl, which was used as a means to protect the eye from the sun’s light and the scorching desert climate.

It is noted that historians also found evidence of the use of kohl and other eyeliner-like substances in ancient Roman, the Canaanites in the Levant, the ancient Greeks, yet starting from the Middle Ages until the end of the 19th century, the pale face came to be more popular.

Historians note that while aristocrats in France and England were fond of makeup and scent, they were more obsessed with the ‘ghost-white powdered skin‘ look, which can be seen in a lot of their portraits.

Only ‘prostitutes’ or lower class women were seen to be wearing more daring and extravagant makeup such as the eyeliner. Cosmetics historian Madeleine Marsh noted that parents would scrub makeup off girls’ faces due its negative attributes with prostitution, and that Queen Victoria once called it ‘vulgar’ and ‘impolite’.

However, it was only until the 20th century that the eyeliner came to be more associated with women’s beauty and fashion, after German Egyptologist Ludwig Borchardt in 1912 discovered the bust of ancient Egyptian Queen Nefertiti in Amarna. Historians state that this pushed a large trend of the ‘eyeliner’ into the 20th century to mimic Nefertiti’s beauty.

Yet this began to gradually change as women began to earn more rights, and their sexuality and image was no longer seen as a ‘threat’ to society. In this case, cosmetics were seen as ‘new freedoms’.

“After WWI, there was a revolution: women began to get the vote, it’s when they shed skirts and started drinking and smoking in public. There were a whole load of new freedoms—among those new freedoms are cosmetics,” Marsh adds.

By the 1950s and onwards, makeup brands such as L’oreal and Maybelline’s invented and revolutionized the eyeliner through different styles, such as the ‘cat eye’ that was most famously worn by Egyptian icons such as Soad Hosny and Shwikar, as well as English supermodel Twiggy.

The eyeliner then came to take many different styles by the 70s, 80s and onwards. Disco pop culture and the rise of punk rock bands popularized the ‘heavy eyeliner’ look, most famously seen by music icon Debbie Harry from Blondie and later in the 2000s with Avril Lavigne.

It didn’t stop at pop culture icons and mass people, as today we see even women political leaders not being afraid to wear a darker eyeliner look, despite the fact that most have reported that they often face criticism for not being taken ‘seriously’.

In the West, we see the most popular example today with congresswoman Alexandria Ocasio Cortez, who most recently shared her beauty routine for Vogue, which includes the signature eyeliner and red lipstick look. In Egypt, we also see examples through many female ministers, such as current minister of international cooperation Dr. Rania Al Mashat, health minister Dr. Hala Zayed, former social solidarity minister and executive director of the United Nations Office on Drugs and Crime Dr. Ghada Waly, former minister of international cooperation and investment Dr. Sahar Nasr.

The history of the eyeliner proves that it is more than just a beauty product, but also a cultural symbol that reflects women’s status in society, from being only worn by ‘prostitutes’ to then current political leaders. Today in the West, it has also spread to various groups in society, such as men and trans as a means of their own identity expression.