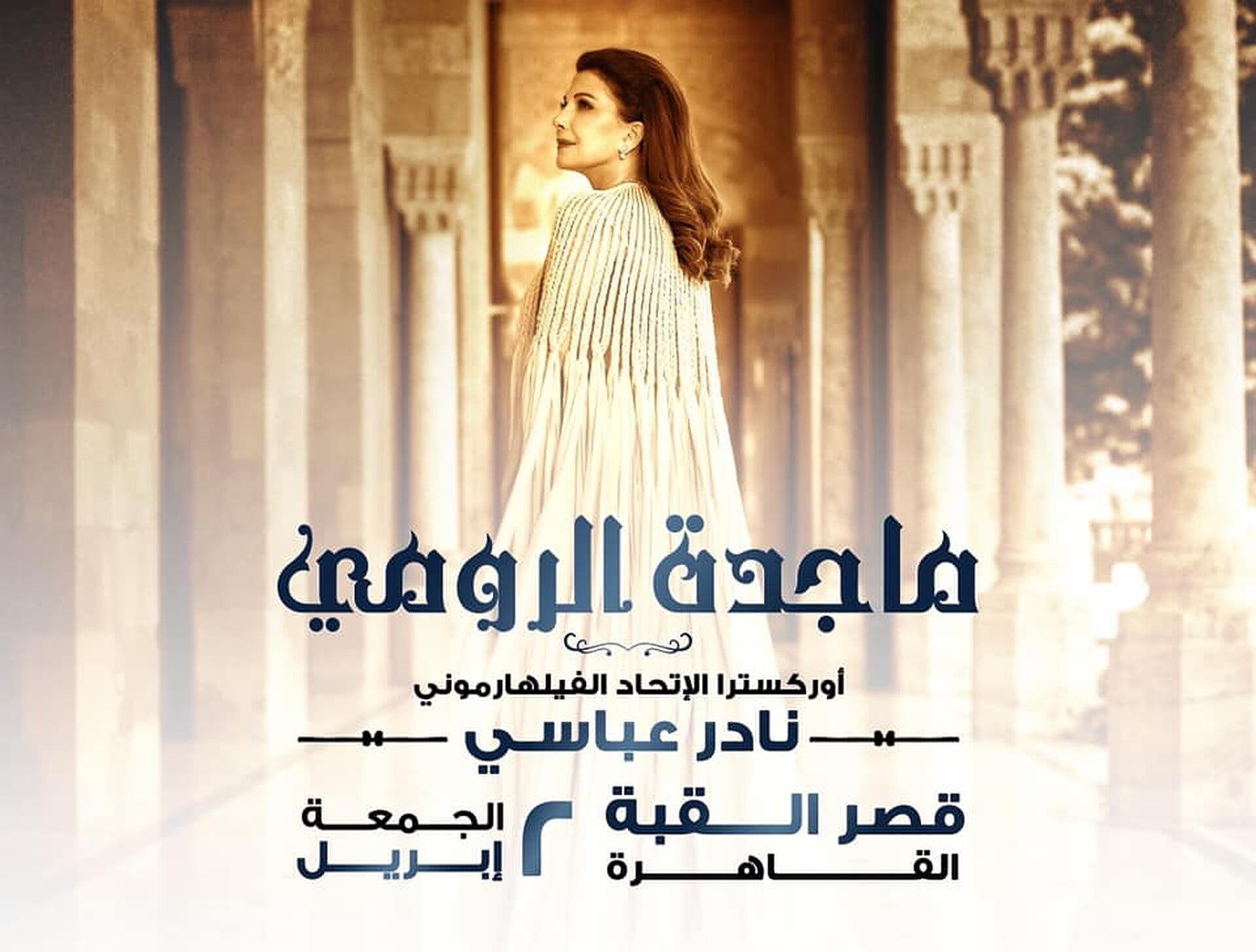 Al-Qubba Palace will soon host its first ever public concert featuring prominent musicians Majida El Roumi and Nader Abbassi, as well as the  United Philharmonic Orchestra, according to an announcement by Chairman of the RMC company Ahmed Obaid.

The concert is set to take place on Friday, 6 April, with tickets to be announced soon. El Roumi also announced the news on her Instagram account, writing “and we meet again.”

Located in Hada’iq El Qobbah, Al-Qubba Palace was considered to be the grandest royal palace of Mohamed Ali dynasty, and was constructed between 1867 to 1872.

Following the 1952 revolution, it became the official palace for world delegations and presidents to meet political officials in Egypt, and where President Gamal Abdel Nasser used to receive official visitors to Egypt.

The palace also hosted a number of famous weddings, including inter alia the wedding of King Fouad I and Queen Nazli in May 1919 and the marriage ceremony of King Farouk and Queen Farida in January 1938.

The palace is also the bystander of the funeral ceremony of King Fouad I, according to the presidency’s website.

Majida El Roumi is a well-known Lebanese soprano singer and a UN Goodwill Ambassador, known for her single ‘Nachid El Hobb’ (The Hymn of Love) and “Bokra” (Tomorrow), which was a charity operate that donated to various charitable initiatives with arts and culture programs in the Arab World. El-Roumi also worked with Egyptian filmmaker Youssef Chahine in the movie Awdat Al Ibn Al Dal (The Return of the Prodigal Son), starring alongside Hisham Saleem.

Nader Abbassi is an Egyptian conductor who since 2002 held the position of artistic director and principal conductor of the Cairo Opera Orchestra, and made his well-known debut of “Aida” at the pyramids in Giza. He is also the artistic director of the “Orchestre pour la Paix” in Paris, which unites musicians from around world for to promote tolerance and peaceful dialogue.

Egypt regularly hosts a number of concerts and events in historical places, most famously the Giza Pyramids, the Citadel as well as the Ramses II Temple in Aswan. Artists that have performed in front of Egypt’s pyramids include Frank Sinatra, Shakira, Mariah Carey and the Red Hot Chili Peppers.

This Egyptian Instagram Account is Archiving Strangers from Around the World
Turning Dreams into Reality: 4 of the Top Fields for Thriving Startups in Egypt

Turning Dreams into Reality: 4 of the Top Fields for Thriving Startups in Egypt
This Egyptian Instagram Account is Archiving Strangers from Around the World