Diving into creating the Egyptian Streets Podcast for the first time, I had only done a few audio interviews before for college: producing, editing, and more importantly hosting a podcast was a completely new experience for me. While I was supported by a wonderful team who often co-hosted episodes with me and helped with planning, I was the main point of reference on podcasts on the team, and the producer who set the entire podcast up.

The most intimidating part of starting the podcast was everyone I was going to be interviewing. Our lineup for the first season was people I chose, people I admired, and people whom I thought were incredibly hard to get a hold of, but we somehow managed to reach. I’m 21 years old, this is my first professional journalism job, and I definitely did not expect to be talking with greats like Bassem Youssef, who I watched with my family as a kid , or Rosaline El Bay, who starred in my favorite television series ‘Ramy’.

The entire podcast has been recorded on Zoom, which, I think, is less intimidating than in-person interviews.. Over the past year, I’ve been able to meet and chat with many Egyptians from across the world whom I admire – all via Zoom. I’ll be the first to admit that online school isn’t the best and that working online doesn’t compare to working in person with colleagues in an office, but it has its upsides too, and for me that has been access: to people I look up to, who live everywhere from Los Angeles to 6th of October City.

So what have I learned from this experience? Here are my top 10 lessons to anyone starting a podcast.

1. Everyone has slow internet

Even if Bassem Youssef personally calls you out (in the nicest way) mid-question to ask if you’re in Egypt because your internet is cutting off (true story.)

2. Everyone is nicer than you expect.

It might be a lucky coincidence, but absolutely none of the people I interviewed was anything less than nice.

3. Mutual interests are everything.

Once you and the interviewee have common ground and mutual interests, you level the playing field and you’re just two people chatting (even if you’re often starstruck like me.)

4. They will forget to record.

5. You never reach a point of fulfillment.

Everyone from the up-and-coming photographer to someone on their third or fourth successful career move still wants to do better and achieve even more, and that’s great!

6. Do you know how they say “never meet your heroes”? Let me add a spin to that.

Never meet your heroes if you want your ambitions to stay imaginary and not feel doable. Meeting your heroes, as long as they’re not abnormally rude, will make everything feel more achievable. You’ll realize how much they’re normal people, just like you, and that what they’ve achieved is achievable by you too.

7. Lifting people up is how everyone wins.

Almost everyone I talked to had a mentor, or someone that taught them all about their interest and was the reason they were where they are today. Those same people, when I ask for advice, provide genuine helpful advice; whether to myself or to the listeners. That is how you give back to your community after getting good at what you love. No secrets of the trade, no magician’s code — there is no reason to keep it to yourself. You don’t need it anymore, but others may.

8. If you want to love Egypt, leave Egypt for some time.

If you can’t do that, step out of your comfort zone: show a tourist around, see how they think, what they see, how they feel. As someone who was born and raised in Egypt to this day, speaking to everyone on the podcast who was raised abroad or moved abroad for a short period of time showed me how much these people value Egypt, its culture, heritage and people, and it made me love it too by proxy. It’s not that simple, I know, but it’s a start.

Whether it’s public accountability, such as the fact that I need to post a new podcast episode every week, or accountability at work because your boss expects a new report every week. But doing this podcast has made me more accountable than anything prior, because as small as it may be, I have an audience I’m grateful for that listen to the podcast since the day it was released, and that’s enough to get me to work.

Many of my guests spend an hour or more of their time with me, a young up-and-coming podcaster who doesn’t fully know what she’s doing. They open their hearts and share their experiences with me, getting nothing in return except exposure to our dedicated audience. These busy people have taken time out of their day to talk to us and for that, I have a little more faith in humanity.

If you’ve still not listened to the Egyptian Streets podcast, what are you waiting for? Listen to the most recent episode with Iman El Deeb, founder and CEO of UNN Model Management, above. Season two: QAHIRAT , focusing on Egyptian women worldwide, is streaming now every Sunday on Apple Podcasts and wherever else you get your podcasts . Subscribe and give us a five star review if you enjoyed it (and you will). 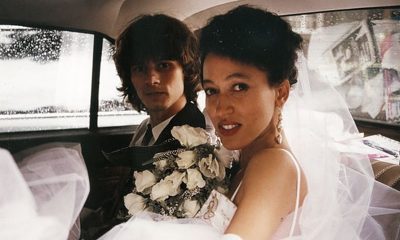