Young Egyptians Praised for Heroic Rescue from Fire in Damanhour 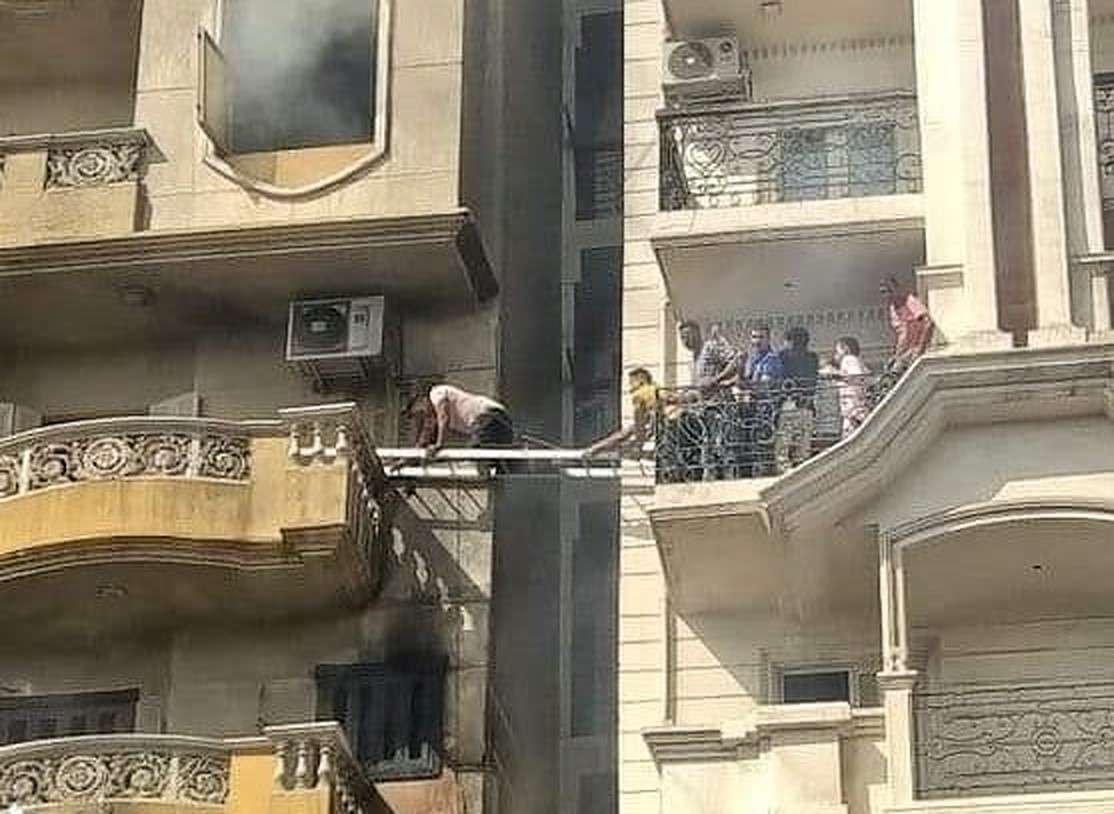 Following a gas explosion at a doctor’s clinic in Damanhour, social media users widely shared pictures and videos showing a group of young men climbing a wooden ladder to save the victims of the fire.

Labeled as ‘superheroes’, the young men were highly praised for their courage and their willingness to risk their lives to rescue others despite the danger. The young men succeeded in rescuing all those who were at the clinic, with fire fighting forces later arriving to take the victims to the hospital.

The event sparked several viral reactions on social media, with many referring to the heroic act of the young men as a source of pride and an example for other generations to follow.

“They were not even scared of risking their lives to save people that they did not know and had never even met. These are the real superheroes,” Karim Hisham shared on Facebook.

“I am from a country where the youth climb a ladder in the air at a height of 20 meters in order to rescue families from a fire, and indeed they were able to save all the families. May God bless the youth of Egypt and heal all the injured,” commented another post on Facebook.

The number of injured following the gas explosion has risen to 14 people, including a child, who were all transferred to hospitals for treatment.