In Photos: Vintage Wheels in Egypt 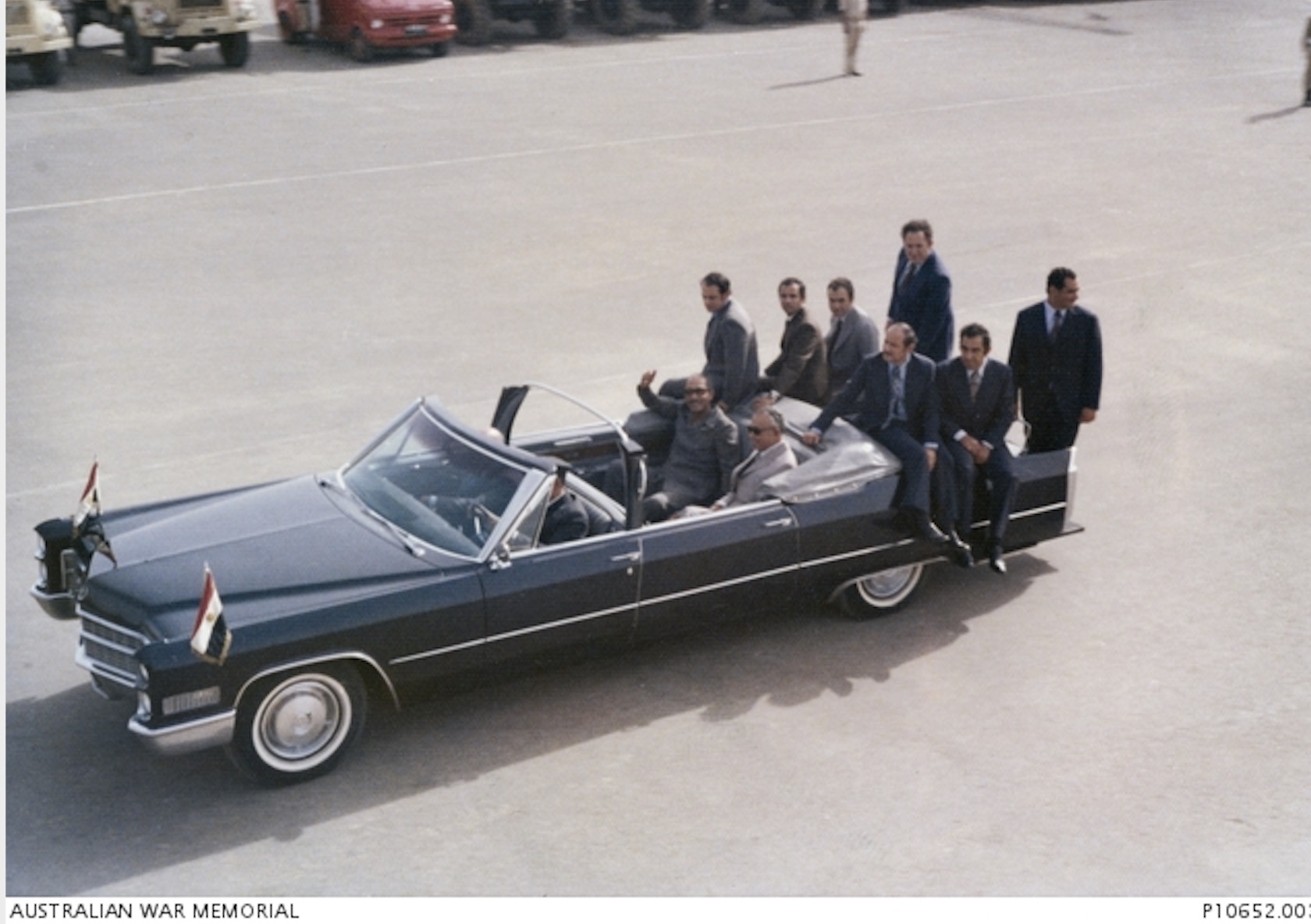 It’s a mid 1900s daydream: an open road, windows are rolled down, music emanating from the car’s radio, and life feels like a movie. The vintage tactility of classic cars brings back memories of a bygone age only seen in frames. Exuding elegance similar to their time, vintage cars in Egypt, now only seen in photos or in a collector’s garage, have been eclipsed by today’s late-model supercars.

Egypt’s King Farouk had a special interest in collecting cars. His love for cars started at the young age of 11, when he was gifted an Austin 7 by his father King Fouad. In addition to his collection of Bentleys and Rolls Royces, King Farouk was gifted a Mercedes Benz 540K as a wedding gift by Adolf Hitler in 1938.

The automotive industry in Egypt started in 1961, when the Egyptian government founded the first automobile company called EI Nasr Automotive Manufacturing Company. State-owned, it was the first Arab vehicle manufacturer in Egypt.

The company mainly produced the Fiat vehicle; it also assembled foreign licensed cars under its brand. After years of development, it designed its own products, such as El Nasr 128 GLS, which was the best-selling model at that time

In 1985, General Motors started a joint venture with Al-Mansour Automotive Company,a local importer and car dealer in Egypt. At the beginning of the 1990s, the Egyptian government adopted the Economic Reform and Structural Adjustment Program. It attracted many foreign companies to enter the Egyptian market to build their factories and assembly lines, such as Mercedes-Benz, BMW, Hyundai, and Nissan.

Here are some photos of vintage cars in Egypt throughout the 1900s.