Amina Zaineldine
Who Let the Underdogs Out? Arab and African Teams in the 2022 World Cup 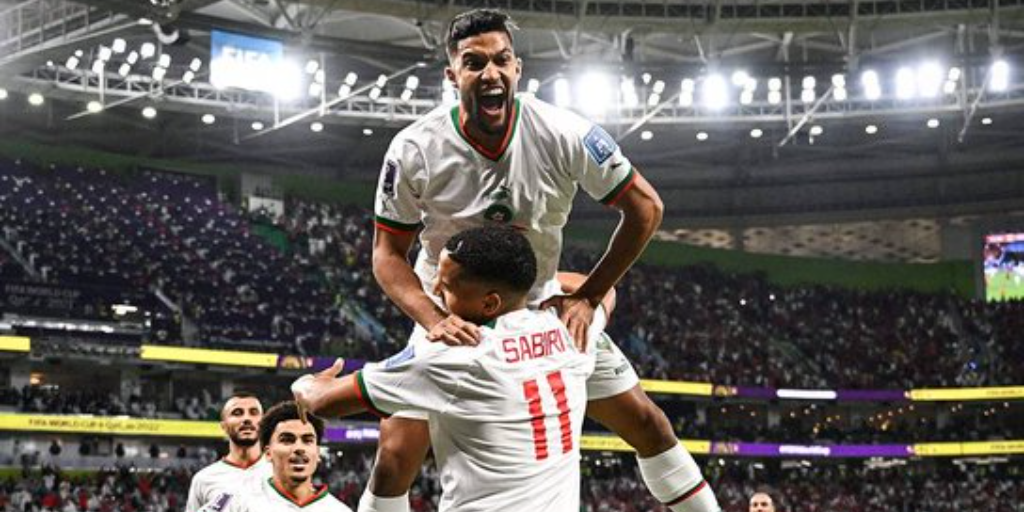 A riveting group stage has come to an end in Qatar, and the 2022 FIFA World Cup is already proving to be one of the most unpredictable editions of the tournament yet. Across the world, support is soaring for teams that would normally be considered underdogs, as they take on the giants with courage – and often find themselves winning.

While the Egyptian national team did not qualify for this World Cup, fans across the country are still following the tournament with great excitement, and many of their hearts are leaning towards the Arab and African teams featuring in the tournament: Qatar, Senegal, Saudi Arabia, Tunisia, Morocco, Cameroon, and Ghana.

To the fans’ delight, many of those have so far put up an admirable fight, though only Morocco and Senegal ultimately secured a spot in the Round of 16, starting today, 3 December. Nevertheless, most of the teams’ performances showed outstanding spirit.

The first group saw two extremes. While the host, Qatar, did not succeed in coming out on top in any of its games, Senegal, after losing to the Netherlands in their first match, managed to defeat Qatar and Ecuador, coming in second in their group. This performance led them to qualify to the Round of 16.

While Group B did not feature any African or Arab teams, it was Group C that saw one of the most unexpected upsets in the tournament so far. Although they ultimately did not succeed in qualifying, the Saudi Arabian team managed to beat Lionel Messi’s Argentina by two goals to one, a score that elated viewers from across the region.

While Tunisia did not manage to come in first or second in its group, it put up a performance worthy of praise, beating reigning world champions, France, in their last game by a goal to none.

Group F saw the most outstanding performance from a team that is both Arab and African. Though they drew with Croatia in their first game, Morocco beat Canada as well as world number two Belgium, ranking first in their group. Egyptian fans expressed pride of the Moroccan team, and all across social media, celebrations were shared and congratulations exchanged.

Cameroon lost, drew, and won a match in their short bid in the 2022 World Cup. But while this will not take them further than the group stage, their final game was a victory worthy of remembrance, as after 92 tense, goal-free minutes, the team’s captain Vincent Aboubakar handed them a win over Brazil, one of the strongest favourites to snag the title.

In his wild delight, however, Aboubakar took off his jersey upon scoring — an offense punishable by a yellow card. Having already been booked once in the match, he was sent off and Cameroon played the remainder of stoppage time with only 10 men.

In Group H, Ghana’s going was less fortunate, winning only one of their games and losing two. Their final game was a long-awaited showdown against bitter rivals Uruguay. Twelve years ago in the 2010 World Cup in South Africa, the two teams met in the Quarter Finals, and Uruguayan superstar Luís Suárez obstructed a certain goal for Ghana using his hand. Though he was sent off and Ghana awarded a penalty, this moment halted their momentum and led to their ultimate defeat.

Many Ghana supporters, including Egyptians, were eagerly awaiting this rematch, even despite the fact that Ghana’s chances to qualify were slim. While in the end Ghana were unable to take their revenge, Uruguay’s hopes to qualify for the Round of 16 were still foiled by South Korea’s stoppage time victory over Portugal.

Senegal and Morocco will be playing their Round of 16 games on 4 December against England and 6 December against Spain respectively. Though these are without a doubt formidable opponents, the results of this tournament so far suggest that nothing is over until it is over.

How Can Egyptians Stay Away From Holiday Blues: A Therapist’s Advice
On Squash and Mental Health: Exclusive Interview With World Champion Nouran Gohar

On Squash and Mental Health: Exclusive Interview With World Champion Nouran Gohar
How Can Egyptians Stay Away From Holiday Blues: A Therapist’s Advice