"Please Don't Ask Where I'm From"

“Please Don’t Ask Where I’m From”

Time paused momentarily as those two words flashed on my phone’s worn-out screen. My friend snatched it out of my hand, nosily wanting to know what text message had grabbed my attention.

I noticed her smile fading away, and then swiftly returning, trying to be optimistic about what she had just read.

After a few short minutes of enthusiastic conversation, I started to observe the people around me in the school yard: My basketball teammates who were treading up and down the court, my best friends enjoying the sun while sipping on juice boxes, and a teacher scolding the class-clown for having his pants down too low. Once again I’d be leaving this life behind to start another.

This is the life of a Third Culture Kid (TCK). TCK is regularly defined as “a person who has spent a significant part of their developmental years outside the parents’ culture. The TCK frequently builds relationships to all of the cultures, while not having full ownership in any.”

“Where are you from?” is a question I can never quite answer without using the phrase “Then I moved to…” five times.  A single place that I can call ‘home’ has never existed – the world, and its countless cultures, is where I find solace.

Although lacking a sense of ‘where home is’ occasionally perturbs me, I have always thoughtlessly packed my few belongings – mainly consisting of photographs and clothes – and boarded a plane to my new life. Whenever friends ask, “When will you be back? Will you visit?” John Denver’s lyrics, “I’m leavin’ on a jet plane, don’t know when I’ll be back again,” echo in my mind. These questions would draw on emotions that I have always avoided – apathy and coldness perfectly describe my attitude towards goodbyes.

Luckily, the friends you make as a TCK tend to be fellow TCKs. International schools tend to act as a transit for students. Everyone knows they are there temporarily. The friends you make will either leave before you do, or shortly after.

The experiences I have encountered as a TCK have been breathtaking.  I have celebrated birthdays in Israeli bomb shelters, where gas-masks decorated the walls, stood in the shadow of the Great Pyramid of Giza, which protects you from the scorching summer sun, accidently stumbled upon the Red-Light District in Amsterdam, where the scent of cannabis and cheap perfume lingered, observed astronomic wonders while camping at Jordan’s endless landscape of ancient riverbeds, Wadi-Rum, and sat among tens of thousands of passionate footy fans that deafened me with their chants during the 2010 AFL Grand Final.

More importantly, life as a TCK has exposed me to a diverse range of cultures and traditions.

On Yom Kippur, operating motor-vehicles and electronics was frowned upon in Israel.  I would ride my bicycle on abandoned roads and highways – it evoked feelings of being in an ‘urban’ desert, with all stores tightly locked up as if in expectation of a looming disaster.  The idea that millions of Israelis would voluntarily sacrifice their use of such necessities in respect of tradition and religion was striking.

Tradition was alive in Jordan. Whenever I visited Jordanian families, the mouth-watering aroma of mansaf – a traditional meal made of lamb and cooked in a sauce of boiled goat’s milk covered with almonds and served with rice – would immediately draw me into their homes. Traditionally, mansaf is eaten from a large platter with your right hand. At first, the notion of eating with my hands was quite revolting, but then I realised how bizarrely entertaining it could be: I could indulge in the childhood-joy of eating with my hands without getting in trouble.

Holland’s Zaanse-Schans, Volendam, Delft and countless other small towns, resembled life in another century. These towns were packed with a variety of Dutch icons: from 18th century windmills, narrow-canals, and colorful little houses, to vast rainbow-colored tulip fields, cheese markets, and Delft Blue earthenware painting the windows of every store.  I loved wandering amidst wheels of cheese, and being offered samples by tall, golden-haired girls dressed in traditional Dutch costumes and carefully painted wooden clogs.  Whenever I recall these markets, I can almost taste the soft and slightly sweet taste of Edam cheese.

Yet it wasn’t until Melbourne that I was astounded.  Melbourne is a miniature global community – the perfect example of multiculturalism and globalisation.

It has been amazing to live in a city where almost every culture is represented, and where residents from a diverse range of backgrounds have managed to live harmoniously side-by-side. As a TCK, if there was a place I would want to call ‘home,’ it would be Melbourne.

I am regularly asked, “So do you ever plan on settling down in one country?”

My response is always, “Why would I settle down?”  Being ‘from’ the world and developing a globalised culture has been both rewarding and challenging.  Although leaving friends and family behind on a periodic basis, and not having a single place that I can call home has been difficult, I can’t imagine living otherwise. The reward of developing a connection to various cultures, and understanding their traditions has simply been immeasurable.

In an increasingly globalised world, the opportunity to develop a personal relationship with various cultures and understanding their traditions has simply been extraordinary. Ultimately, global culture is the future. You can be taught how to accept other cultures and you can learn about other cultures from books, but you’ll never truly know other cultures unless you actually experience them. Experiencing the world and its’ multitude of cultures shows that there are more commonalities than differences between people around the world. After all:

“Who lives sees, but who travels sees more.”

More in "Please Don't Ask Where I'm From" 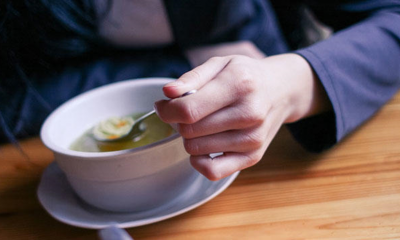