Why I Feel Safe in Egypt

Dara Denney
Why I Feel Safe in Egypt

By Dara Denney, The Traveller’s Cookbook

A few weeks ago my friends and I were in my living room in Cairo discussing the insurgence of violence in the United States and the western world. We didn’t have to look far to cherry pick from recent events: the two Paris attacks, the shootings in California, and the Oregon school shootings. And all of these in places that are considered safe. After all, no one ever asked you if it was safe to move to Oregon.

However, since moving to Egypt a year ago a question I am frequently asked is: “Do you feel safe in Egypt?”

The short answer is “yes”. The long and complicated answer, full of possible nuances and pitfalls, is that actually I feel safer in Egypt than I do in the United States. I feel more strongly about this opinion now having just returned from a three week trip to the USA a few days ago.

It all boils down to one word: predictability.

Of course, Egypt is experiencing complicated times. No one can deny this. The country has been slowly regaining stability after the 2011 Revolution, but even now 5 years later, the tourism industry is almost nonexistent. We all know the statistics about sexual harassment in Egypt; they aren’t good. And it doesn’t help that every few weeks the country is in the headlines for something to perpetuate the idea that Egypt is unsafe. And it is not all unfounded. But a lot of it is, or at the very least, very poorly reported.

Since living here, I have experienced small-scale bombings. I have had to avoid certain areas due to protests, and there are some areas that as an obvious foreigner, I avoid going to all together. Everyday when I step out the door, I have to keep my wits about me. I dress differently here than I do in the USA. And I am prepared to handle and defend myself from sexual harassment, armed with enough Arabic to keep the rare unruly man in line should it ever come to that. Despite all that, I still feel safer in Egypt.

My friends in my living room that day all agreed. (All of us are American women living in Cairo.) We agreed that there is a certain “predictability of violence” in Egypt that isn’t as apparent in the USA. In fact the major issue in the western world now is randomized mass violence, with almost zero predictability.

First, I want to explore this idea of predictable violence in Egypt. Some of it has to do with just the simple idea (and the proper corresponding actions) that Egypt is not the United States, and thus you cannot act/talk/dress in the same way. Other methods of predictability are as follows:

1. Schools and offices shut down on certain days when protests are anticipated. We know where they are so we can avoid those areas. (When you really think about it, it is kind of like a snow day.)

2. We know to not discuss politics on public transport. (Or with anyone, really).

3. We have bomb alerts on our phone. And Twitter. (Nope wrong, hardly for the bombs. It’s for the traffic that will be backed up FOR HOURS after the bombs.)

4. The bombs themselves, which are blown out of proportion by western media, are in actuality not unlike gang shootings in the USA. But this is a military state. Which means, everywhere, the military is there. And once you get used to seeing men with guns EVERYWHERE, there is a certain comfort in that.

The worse thing that has ever happened to me in Egypt was an altercation with a taxi driver. My story isn’t unusual or special, and it is even not that shocking. The cab driver and I agreed to a destination and a price, and he took me to the wrong place. So I stiffed him part of the cash. He got upset and tried to hold me back from exiting his car by grabbing onto my legs. I screamed at him and cursed him in Arabic. Someone walked by and didn’t stop. When the cab driver saw how scared I was, he became scared, because I don’t think he was actually wanted to hurt or scare me. When he let me go, I got out of the car and he drove away.

I take a taxi every school day, twice a day. And I take taxis on the weekend. I have taken over 200 taxis rides by myself in Cairo, and only one that one was kind of scary. (Besides the driving. The driving is always scary). This is a less than 1% “failure rate”. In fact, at least several times a week I have chatty drivers who are completely kind and want to welcome me to their city and country. My anxiety while entering a taxi by myself in Cairo is less than 10%. (Mostly because my Arabic is abysmal and PLEASE ALLAH LET THERE BE NO TRAFFIC PLEASE.)

The unfortunate thing about life in the United States now, as many are waking up to, is there is a false sense of security. And increasingly, due to the random outbursts of violence, that false security is being replaced with anxiety and paranoia of possible attacks in public spaces.

My best friend lives in Westchester, New York and travels a lot for her job. She admitted to me that within the past year her company has even changed certain policies for employees traveling for work:

“When I am traveling in Europe, I am not allowed to take public trains. They actually hire me a cab, costing over 500 Euros, to pick me up from the airport in France to take me from Paris to the city I actually work in, which is several hours away. Because of ISIS.”

Additionally she confided in me that she even experiences anxiety on her everyday round-trip into Manhattan: “The worst part of my commute is when I get to Grand Central. I try to get out as fast as I can. All those people and all those trains: it is the perfect place for an attack.”

On New Years Eve we all travelled to the city to see a show in Brooklyn. We got dinner in Grand Central before we made our way to Williamsburg. And despite seeing everyone dressed up to celebrate, girls wearing short dresses and too-high heals, and men wearing full suits with stylish scarves, it was hard to not wonder:“What-if?”. New York City is the go-to destination for New Years Eve, with over 6 million people that night in Times Square alone. To recognize how ideal it would be for an attack was unnerving.

But still we travelled by subway, snaking around in the 6 and L trains to go see Deertick at the Brooklyn Bowl. We got to the show and one of us said: “Let’s stand beside the doors by the edge of the stage”. And I knew why. And I even felt better for it. Maybe I would be wrong to say it, but I would have never thought that in Cairo.

Do you feel safe in Egypt?

Dara Denney is originally from the United States, but now lives and works in Cairo. She teaches Kindergarten and writes at The Traveller's Cookbook. 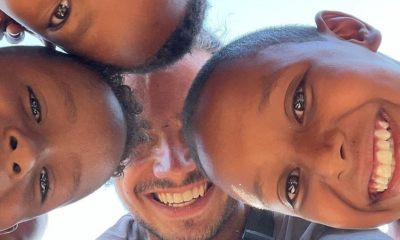 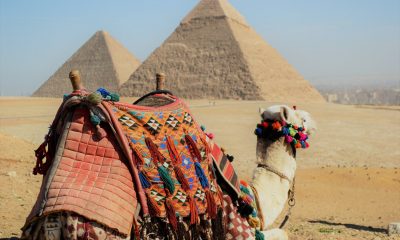 How Much Does it Cost to Visit Cairo?