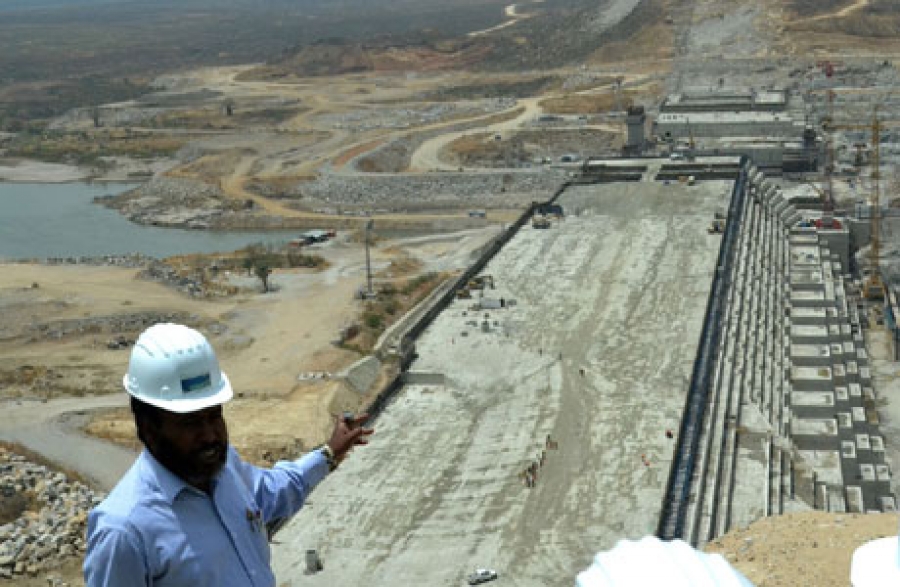 Egypt, Ethiopia and Sudan discussed on Tuesday the technical proposal to study the effects of the under-construction Grand Ethiopian Renaissance Dam, which has troubled Egypt.

After a meeting in Sudanese capital Khartoum, the three countries, each represented by a technical committee, arrived at a joint memo of their observations on the study proposal handed to them by two French firms that have been selected by the trio.

The proposal for two studies on the potential effects of the dam had been sent out last month to the three countries for review ahead of this round of talks.

Egypt, Ethiopia and Sudan have for years been locked in negotiations over the Ethiopian dam and Egypt fears that once completed, the hydroelectric dam will have a detrimental effect on its share of Nile Water.

Sudanese sources told Egypt’s state news agency MENA that the heads of the three committees looked at the financial offers presented by the firms during the meeting.

The costs of the studies are set to be shared equally by the trio, according to a statement posted on the Ethiopian foreign ministry’s website on Monday.

The three countries have agreed that contracts with the two firms will be signed no later than mid-February.

Last month, Egyptian Minister of Water and Irrigation Hossam Moghazi said one study will determine the effects of the dam on the water reaching Egypt and Sudan, as well as on the effects on the electricity outputs of already existing dams. Both Egypt’s Aswan High Dam and Sudan’s Merowe Dam are hydroelectric projects.

The technical committees of the three countries are resuming talks in Kharotum on Wednesday.

Egypt, Ethiopia and Sudan have held more than 10 rounds of talks over the past two years as Egypt seeks assurances that the hydroelectric dam will not reduce its share of Nile water.

Tripartite talks in Khartoum in December led to the signing of the “Khartoum Document” which stipulated a mechanism for resolving contested issues related to the dam and set a time frame of eight months to a year for the completion of the technical studies. Sudan’s foreign minister had previously said the studies would be started in February.

For decades, Egypt has been receiving 55 billion cubic meters of the Nile river’s water annually, the largest share, as per agreements signed in the past century in the absence of Ethiopia, whose Blue Nile tributary supplies most of the water.

Once an agricultural state, Egypt relies on the Nile river as its main source of water but Ethiopia believes it is entitled to using the water for development, by creating electricity using the dam. The two countries have reiterated multiple times that they will not harm each other’s interests, which seem to conflict.

This content is from :Aswat Masriya
Egypt Police Officer Sentenced to 8 Years in Prison for Killing a Man in Custody
Egypt's Foreign Minister Denies 'Massive Crackdown' on Opposition