‘Biggest in the World’ Wind Farm Set to Open in Egypt 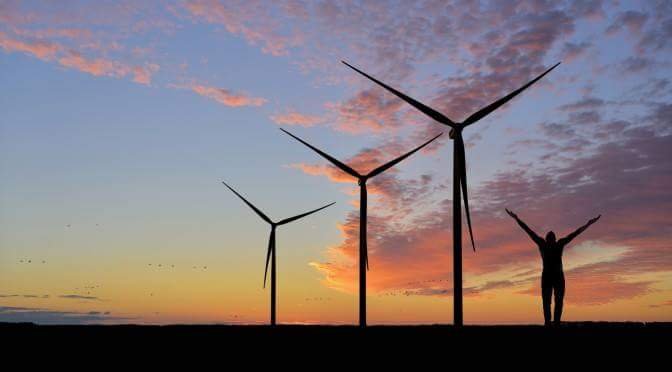 The inauguration of one of the largest wind farms in Egypt will take place on Saturday as part of a wider drive to expand renewable energy capabilities in the country.

The wind farm, which is located in the Gabal el-Zeit area of the Red Sea governorate, will be inaugurated by the Ministry of Electricity and Renewable Energy. With an overall capacity of 580 megawatts (MW), and a total of 300 wind turbines, the wind farm contains three projects.

Osama Norman, the head of the EGP 12 billion project, released in a statement to the press that the wind farm was the “biggest in the world” with regards to area, number of turbines and the capacities generated from the project.

Launched in 2015, the first stage of the project, which includes 120 wind turbines generating 240 MW of power, is already up and running and connected to the country’s national grid.

The new wind energy project consists of a migratory bird monitoring system which operates via radar in order to shut down. Moreover, cautionary steps have been taken to protect birds whose routes of migration run through the wind farm area.

The new project is a part of a number of new investments the Egyptian government has made to diversify into renewables energies such as recent plans to build the world’s largest solar farm near the southern city of Aswan.

A $22 million investment was more recently made in a deal between Egypt’s leading solar power solutions provider, KarmSolar and a private real estate developer, El Badr for Investment and Commercial Spaces, which will enable their new project to be fully dependent on solar power.

Although Egypt has traditionally depended heavily on oil and gas as its main energy supply, it is a strong candidate to become an clean-energy dependent country with plenty of land, sun and high wind speeds according to National Wind Atlas.

Figures released by the Ministry of Electricity and Renewable Energy stated that Egypt aims to generate 20% of its energy generation from renewable sources by 2022 and 42% of its electricity from renewable energy by 2025.