10 Lesser-Known Museums in Egypt That Are Worth a Visit

Most travelers who come to Egypt or who simply want to roam the country merely opt to visit the Egyptian museum in Cairo or the Luxor museum in Upper Egypt, not knowing that Egypt actually holds a plethora of interesting and well-organized other museums that are well worth the visit. As such, these are the top 10 less-known museums that even the most culture-seeking Egyptian probably hasn’t heard about.

When one goes to Aswan, there are many things to keep one busy. Most tourists and travelerss opt to enjoy sunset feluccas on the Nile, or visit Philae temple, but the Nubia museum is one of the few modern buildings that is renown even outside of Egypt. The museum, established as part of the UNESCO International Campaign, actually houses various artifacts and finds salvaged during the UNESCO salvage campaign following the construction of the high-dam. It was first opened to the public in 1997, housing over 3,000 objects, and its focal point is Nubian culture across history.

It was designed by architect Mahmoud El Hakim and it was awarded the Aga Khan Award for Architecture in 2001; to this day, it is considered one of the best curated homes to several permanent exhibitions and collections.

Some of the most intriguing things to see at the museum are the replicas of ancient burials grounds, the panoramas of modern day Nubian scenes and the salvage campaign exhibition. 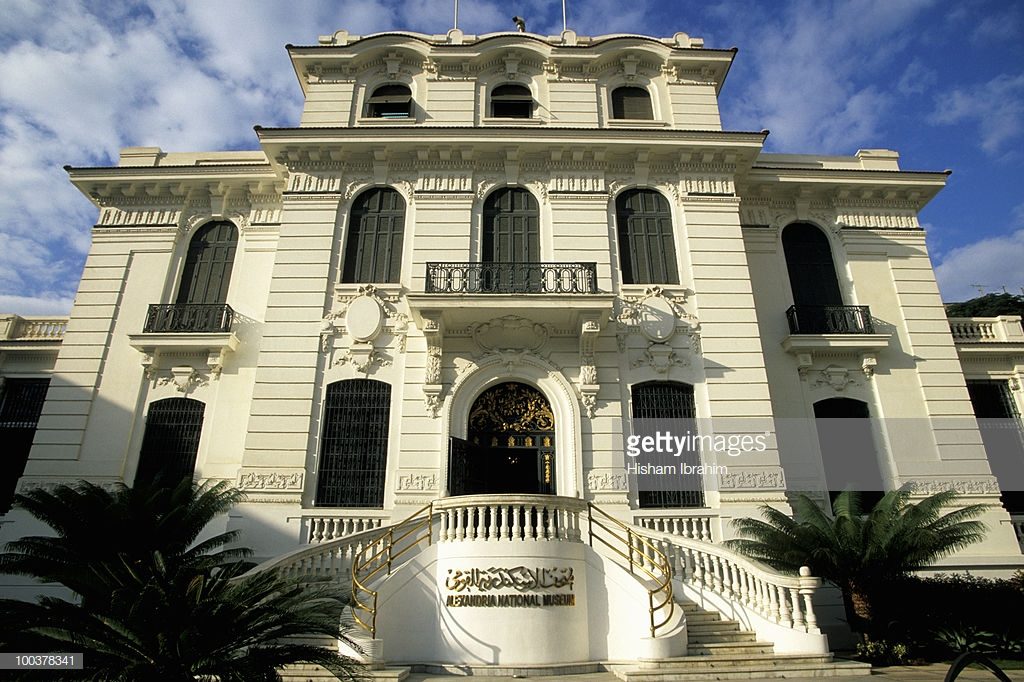 Inaugurated by ex-president Hosni Mubarak in 2003, this beautiful building is home to over 1,500 objects from ancient Egypt all through the Coptic era, Islamic era and modern day Egypt. The building itself was designed in Italianate fashion. It it spacious, well-preserved, well-curated and the items are extremely fascinating to learn more about. Points of interest that are not to miss are the makeshift Egyptian ‘tomb’ in the basement as well as the underwater exhibition artifacts.

The open-air museum of Wadi El Hittan itself is a good reason to visit the Fayoum Oasis. The valley of the whale is one of the few natural UNESCO world heritage sites in Egypt and one of the most significant as it features important items pertaining to Egypt’s geological history. The indoor museum features substantial fossils and other distinctive items that rightfully narrate the history of Egypt’s climate change around a centerpiece of a 37-million year old whale skeleton.

The museum is small and it was established by the Egyptian Ministry in cooperation with the Italian government and the United Nations Development Programme (UNDP) only to be inaugurated in 2016.

History aficionados cannot get enough of Cairo. In the city of a thousand minarets, one can easily follow the tracks of history by jumping into the Egyptian museum, the Coptic museum and then onto to Islamic museum to learn more about the complexity of Egypt’s identity.

Established in 1905 and considered to be a house of some of the most important Islamic artifacts in the world, the museum houses over 100,000 objects although a little over 4, 000 are actually displayed. The museum’s lighting is fantastic and its use of space is strategic with doors and fountains carefully displayed as to give the visitor a modern rendition of where certain objects were located and how they were used. Some of the most intriguing items of the museum are the ceramics as well as the manuscripts.

However, if there is one thing the modern day visitor shouldn’t ignore is the wonderful hall right in front of the entrance where the museum narrates how it restored objects which were destroyed following the 2014 car bomb attack targeting police headquarters nearby. Following this attack, the museum was closed for three years only to re-open in 2017.

One of the few gems in Heliopolis is a museum dedicated to the late Egyptian ex-president. Although it is initially hard to access, the museum is a two story building which used to actually be Gamal Abdel Nasser’s house.

The reception area houses three doorways, representing three different typologies, or tracks, of exhibits that the museum is made up of. The first is dedicated to the personal living and working area of Nasser and his family. The second displays the historical developments of Egypt under his rule, where one can view a host of exclusive archival material. The third track shows the president’s personal belongings, including medals of honor and gifts received from foreign dignitaries. 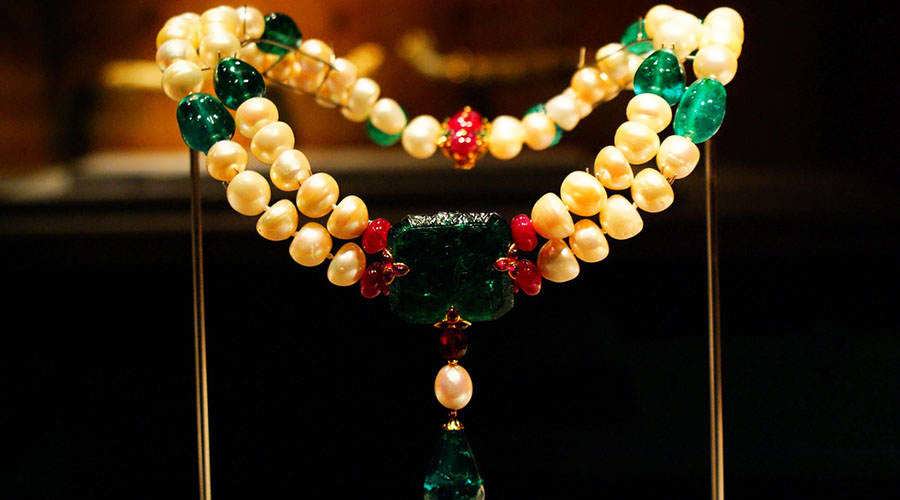 Not all of Alexandria’s residents know about this museum. As Egypt used to be a monarchy, this building with its fine gardens is dedicated to a collection of royal jewellery. Much like the national museum of Alexandria,the building itself has interesting aesthetics and was built in the 19th century; the gardens were a home to woods and plants imported from Europe and Turkey.

Incidentally, before it was turned into a museum, the palace housed Princess Fatema El Zahraa. Visitors can not only gaze at over 10,000 ornaments and jewelery pieces including crowns and medals, but the decoration of the palace, namely the painted glass are beautiful to look at.

Particularly popular among students of Islamic art and history, the Gayer Anderson museum is located near Ibn Tulun Mosque in Sayyida Zeinab. It is often known to as the Gayer Anderson museum or Beit El Kertleya (House of the Cretan woman). It is composed of two adjoining houses which were erected in 1540 and 1631 during the Ottoman period. Various families lived in the houses, namely John Gayer Anderson, a British major and army doctor who resided in the house from 19935 to 1942 after receiving special permission from the Egyptian government while he was on assignment in Egypt.

Through his travels in the region, Anderson collected artwork, carpets, antiquities and curious furniture which he kept in the houses. Although Anderson left Egypt in 1942, his house remained popular among visitors who were keen on seeing his collections, so the houses eventually became a museum.

Fun fact: the museum was a location in a James Bond movie: The Spy Who Loved Me.

Egypt’s iconic and most famous voice is immortalized in this little museum by the Nilometer in Cairo’s Manial/Al Rodda area. Not a lot of visitors go which means that the museum can be enjoyed quietly and without crowds. Construction of the biographical museum, which was commissioned by the Ministry of Culture, began in April 1998.

The museum features various memorabilia from Um Kalthum’s life such as her personal clothes (accessories, bags, shoes), musical instruments, medals received from Arab governments, rare recordings and letters which she had written and received between important figures of her time such as politicians, public figures.

The Bibliothica Alexandrina hall is not to be missed as it contains five computers which contain the singer’s most famous songs, her performances, trips abroad and films. However, for those who prefer documentaries, the museum has a 15 minute one on the prominent singer’s performances in the Arab world.

Located near the Kom Ombo temple lies the crocodile museum. It used to be a police station but the sight was considered jarring for the visitors to the temple and a dent in the panoramic view of the site, so the building was converted into a museum for crocodiles.

Over 20 mummified crocodiles of different age and sizes are displayed in the museum.

Crocodiles used to be particularly significant in ancient Egypt as they used to live in the Nile from that period up until modern Egypt only to be cut access to Upper Egypt’s waters with the construction of the High Dam of Aswan.

In ancient Egyptian religion, the Nile and crocodiles were represented through the Nile crocodile god, Sobek. The museum features different artifacts such as stelaes and statues which represent the god as well as various objects such as coffins and sarcophagi which held the mummified crocodiles.

Egypt’s agricultural development was and has always been of great importance to the formation of Egypt as a nation. Accordingly, King Farouk decided to turn the palace of Princess Fatima Ismail, the daughter of Khedive Ismail and the sister of King Fouad I, into an agricultural museum. The palace was chosen in close proximity to the Ministry of Agriculture to reflect the efforts of its various departments with a certain focus on Egypt’s diversity in fauna.

The land on which the museum sits is actually divided into three buildings: one building features the Egypt-China friendship museum, the Wild life/Natural Sciences/ Environment museum and the ancient Egyptian agriculture museum. While all three museums are worth a visit, the most intriguing one is the wild life and environment museum as the lower part has dioramas of Egyptian daily scenes while the second floor houses an impressive collections of rodents, bones, insects, and other miniature oddities in jars.