Is Feminism Compatible with Egyptian Culture?

The question of Egyptian culture’s compatibility with feminism has been one highly debated in recent years. In this discourse, Arab women become entrapped in the confines of both the Western feminist lens which neglects them, and Arabs who oppose Western influence.

The history of Egyptian feminism is both rich, and complex in that it is intertwined with Islam, nationalism, and post-colonialism. The reason for this is that national consciousness, which emerged in reaction to Western colonialism in the 18th century, developed simultaneously with feminist consciousness.

Inevitably, with this comes the argument that feminism was a Western import of decadence to the Arab world. However, this argument is flawed in that it oversimplifies and overlooks the contexts in which any movement arises.

Although feminism encompasses an extensive framework with varying beliefs, at its core, it calls for equality. Arab culture is situated as non-Western, and formerly colonized, thus, post-colonial frameworks of feminism are most relevant to this exploration.

The feminism that will be applied in this article refers to Islamic Feminist Scholar Margot Badran’s understanding that “women have suffered forms of subordination or oppression…and an advocacy of ways to overcome them to achieve better lives for women, and for men, within the family and society”. 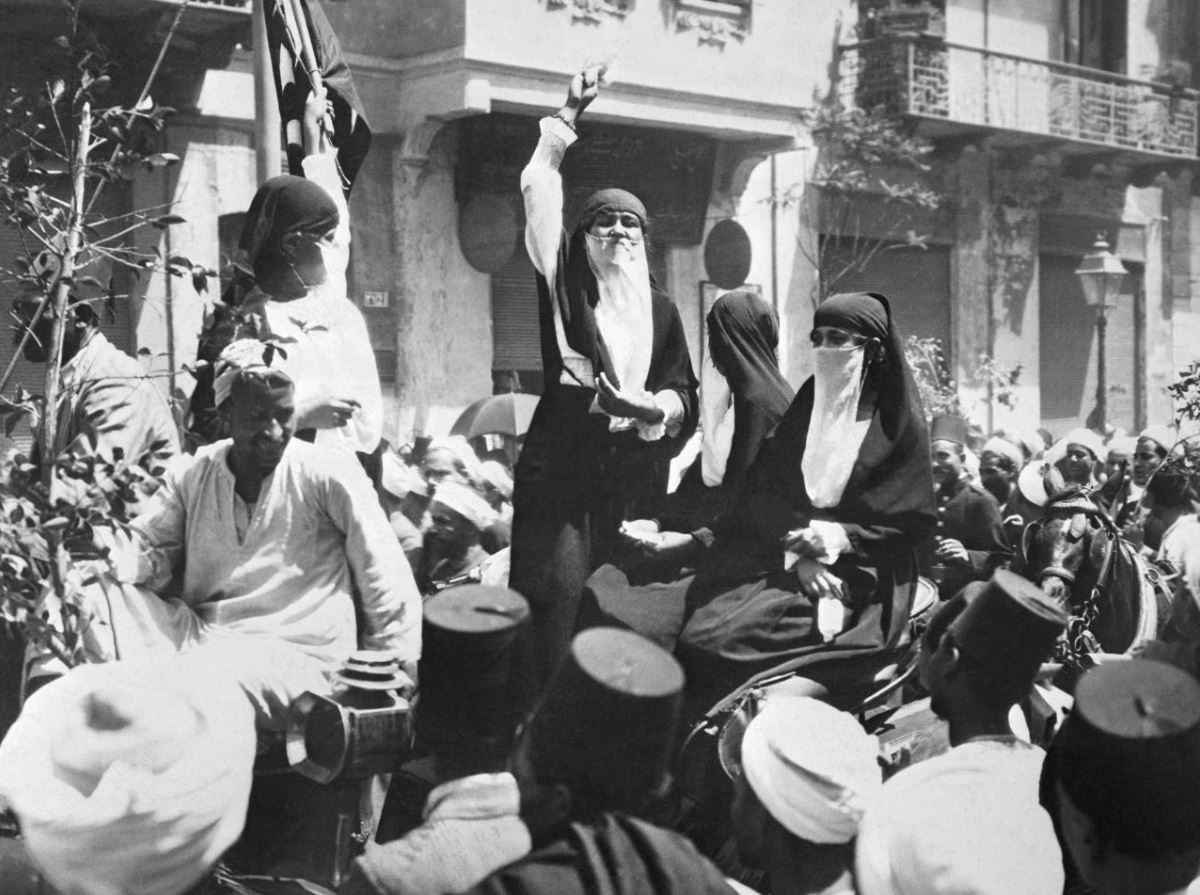 While the emergence of feminism came at a time and was influenced by other regions, this does not mean that Arab feminism is an import. Professor Nawar Al-Hassan Golley argues feminism’s relevance to Arab culture, challenging what she calls the ‘colonialist’ and the ‘counter-colonialist’ representation of Arab women, stating that “Arab women’s needs for positive change in their lives is neither more nor less than the need of women for positive change anywhere else in the world”. This need for change dates back through centuries of Arab women’s history such as the granting of women’s property and inheritance rights in Islam.

Looking further in the timeline, is early 20th Century feminist, Huda Shaarawi. Often deemed Egypt’s first feminist, Shaarawi came to fame when she led the largest demonstration of women across Cairo in 1919 to protest British occupation. From there, she was invited to participate in the international conference in Rome in 1923 by the International Alliance for Women. During this time, the veil was a requirement of women under the harem years.

Upon returning, Shaarawi along with two other prominent feminists, Nabawiyya Musa (who was the first Egyptian woman to obtain a secondary-school certificate despite the refusal from the British advisor to the Ministry of Education to sit her examinations) and Saiza Nabrawi, publicly removed their veils at a Cairo railway station, and were followed by the other women. The same year, Shaarawi established the Egyptian Feminist Union which remains active today.

Leila Ahmed, an Egyptian feminist scholar, goes even further to discuss the controversial history of the ‘harem’ arguing that viewing the harem as a means of domestication and imprisonment is flawed, and that the harems were instead, a source of strength and mobilization for women. In a society where activities existed for men, the harem allowed for women to freely engage in certain activities, for women, by women. This is much like spaces today, in many areas of Egypt which are only provided and open for women, whether it be recreational, workplaces, transportation, or even fitness facilities.

The founding of feminism in Egypt and the Arab world more broadly, is distinct in that it is visibly intertwined with nationalism. Of course, the issue that arises when feminism and nationalism are inextricable is that the intention of activists is not to better women, but rather women are treated as a tool for nationalism. It is crucial to consider though, that culture is malleable, and that the primary function of the history provided here is to present Arab feminism as an entity in itself that emerged out of its own cultural context, rather than being a Western concept that is applied to it. These historical events evidently present a level of compatibility with Arab culture and feminism.

Gender roles are perhaps the most prominent aspect of enforcing patriarchal structures, as well as comprising the culture that exists today, both globally, and in the Arab world.

While the Arab world may seem to be pertaining to traditional gender roles, these roles are not the same as ones known in Western society. Arab women are exposed to what Nawal ElSaadawi explains as a “triple oppression” comprised of national, class, and sexual discrimination. This is seen particularly through the blurred distinctions between political and domestic spheres in Arab societies.

Recently, Egyptian women have been making history politically. Last year marked the first time that six female ministers occupied seats in cabinet, with two potential candidates for 2019. Additionally, the number of female parliament members has reached 90, and the rate of female voters has reached 55 percent (Sayed 2018). Despite there being room for growth, women’s roles within the political realm has evidently increased. This is an indicator of increasing equality for women, however, it is crucial to also consider the political significance of the domestic roles of Arab women.

In “Roles and Functions of Arab Women: A Repraisal”, Rosemary Sayigh argues that in the midst of the East versus West culture wars, Arab women have become a “symbolic token” for both the imperialist powers, and the national movements. This is presented both historically, and in contemporary Arab society. Sayigh argues that the Western feminist approach that divides the ‘public’ and ‘private’ spheres is inapplicable to Arab society where families function as political, economic, and cultural.

Even in social dimensions, women’s roles affect politics greatly and have the power to precipitate or diminish tensions between men. This is not to say that the historical exclusion of women from political roles has not been a major contributor to their subordination, but rather to establish that subordination within an Egyptian or Arab cultural context does not have the same meanings as it does in the West. In this sense, Egyptian culture does not necessarily convey an incompatibility with feminism, but rather a complexity and significance of Arab women’s roles that must be considered by feminists.

The roles and attitudes of men in Arab society, and how this is influenced by the political economy, must also be considered. Recently, the 2017 International Men and Gender Equality Survey (IMAGES) examined the attitudes of men from Egypt, Morocco, Lebanon, and Palestine. The survey looked extensively at men’s attitudes towards several factors such as gender norms and women’s empowerment, and public security and its effect on gender.

While the results depict a need for change in fundamental beliefs and principles of men in the region, they also convey the influence of economic expectations on such beliefs. For example, Syrian refugee men in Lebanon reported feeling a sense of lost masculine identity due to displacement and not being able to fulfill their prescribed roles as breadwinners.

In this sense, we see that masculinity is intertwined with economic success, hence, it becomes clear why, with the rise of unemployment, Arab men feel more inclined towards patriarchal, traditional gender roles. This is also evident in the fact that wealthier men were more likely to hold gender equitable attitudes. Not only does wealth relieve societal pressures of economic expectations, but it also tends to provide better access to education.

These findings are not to say that Arab culture is not flawed when it comes to gender values, but rather to convey that aspects of culture are susceptible to change, particularly in developing nations. Thus, illustrating that there are many contributors to the compatibility of feminism outside of culture.

Nawal El-Saadawi, one of the most prominent feminists of the Arab world today, argues that most people tend to blame Islam and culture for the oppression that Arab women face, rather than the “economic and political factors at the root of which lies foreign exploitation of resources, and the plunder of national riches”. An argument that is often made in line with this is that given the oppressive regimes governing over many Arab countries, it is difficult for women to be free, because men are not free either.

Therefore, Arab culture is not the root of the problem, but rather the governing bodies are. Our focus should not be on how to adapt our culture to be more compatible with feminism, but rather to acknowledge that feminism is a part of our culture and history that is not given a platform as a result of oppressive governing bodies and remnants of colonialism which provide poor education and poverty. 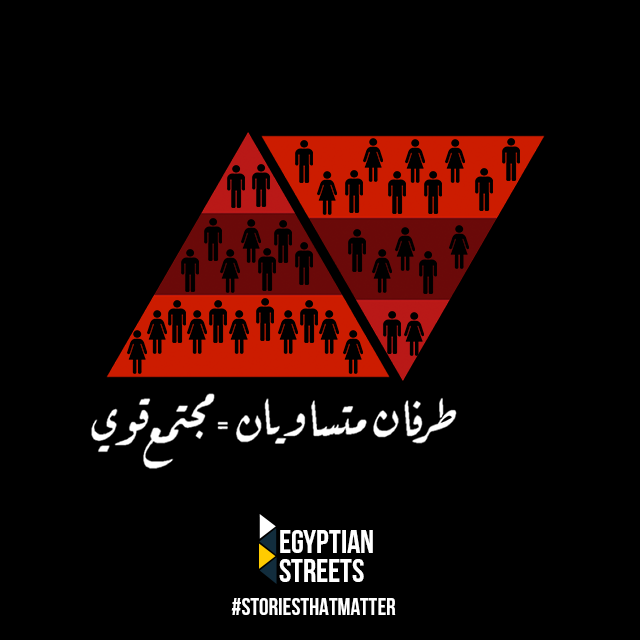 Whilst misogyny presents itself within the Arab world, this misogyny is not inherently ingrained. Despite the patriarchal system in place, as evident in various other cultures, the Egyptian context has allowed for the emergence of feminism. This is explored through Egyptian feminist history and dispelling the theory of Arab feminism as a Western import, but rather as a by-product of the struggle between colonialism and nationalism and the rise of secularism and capitalism.

This notion is furthered through exploring Arab women’s political and personal roles to be more closely linked than many Western feminists have conveyed, expressing that Arab culture needs to be considered as a separate thread of feminism. This separate thread is furthered with the evident impact of oppressive regimes and the political economy which causes a revert to traditional adherence of masculinity.

The question should never have been whether feminism is compatible with Egyptian culture, but rather when we will begin to accept it as a part of our history, society, national identity, and culture.

How Ilhan Omar Confuses Advocacy for Palestine with Opposition to Israel
Reclaiming My Identity: Why I Changed My Name Twice

Reclaiming My Identity: Why I Changed My Name Twice
How Ilhan Omar Confuses Advocacy for Palestine with Opposition to Israel