Baron Palace Will Open its Doors in October 2019

Nour Eltigani
Baron Palace Will Open its Doors in October 2019 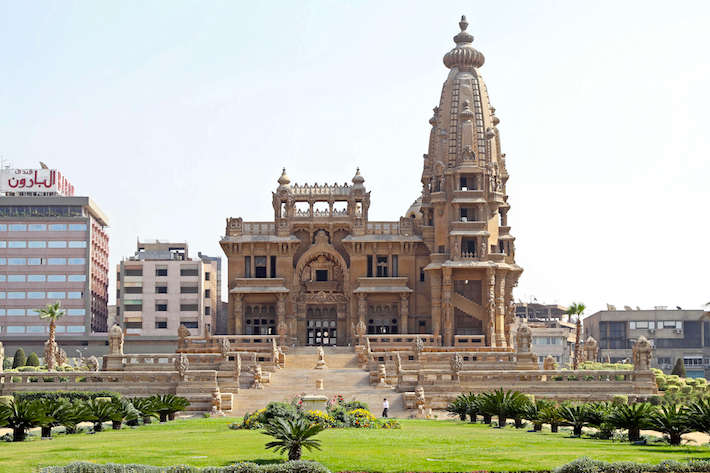 Cairo’s long awaited landmark Baron Palace will open its doors to welcome the public this October after its restoration is complete, reports Al Ahram.

Its much-needed renovation, which started in August 2017, was reported to cost 100 million EGP.

In statements to Ahram Online,  Mostafa Waziri, secretary-general of the Supreme Council of Antiquities, said 90 percent of the refurbishment process has been completed as of now.

Inspired by the Hindu temple of Angkor Wat (Cambodia), the mansion is often referred to as the Hindu Palace. It was built by a Belgian millionaire and the founder of Heliopolis Edouard Louis Joseph, or Baron Empain at the end of the 19th century.

It has been the object of various folktales and stories by Heliopolis’ inhabitants through the years with fears of satanic underground rooms and ghosts warding the general public at bay. The palace’s fearful reputation stems from the fact that both the baron’s daughter and wife died in the house. Helena, the wife, particularly met a tragic death by falling down the staircase.

Empain arrived in 1904 to Egypt and launched his company with the plan of creating a railway that connects Mansoura to Matariya. After losing the railway contract, Empain stayed in Cairo and created the district we now know as Heliopolis.

From Ghawazi to Safiyya of Esna and Kuchuk Hanem: The History of Belly Dancing in Egypt
Hip Hop Heat Hits Cairo: Meet Felukah

Hip Hop Heat Hits Cairo: Meet Felukah
From Ghawazi to Safiyya of Esna and Kuchuk Hanem: The History of Belly Dancing in Egypt