Eight Garden Spaces for a Green Fix in Cairo

It is difficult to spend one’s outings merely in cafes and restaurants. On top of this routine possibly being unhealthy, due to the fact that modern day city-dwellers already spend too much time leading sedentary lives, spending enough time connecting with nature can help alleviate anxiety and stress according to various studies.

Despite the fact that Egypt is largely a desert country, it is an undeniable truth that the land surrounded the Nile is incredibly lush and green. Cairo residents are often annoyed that the city lacks green spaces, but there are some options to consider, without having to resort to far-away farms and excursions to Aswan.

An easily overlooked space in Heliopolis, the Children’s museum is actually an impressive establishment with a beautiful garden. The garden space alone can be accessed after the purchase of a ticket. 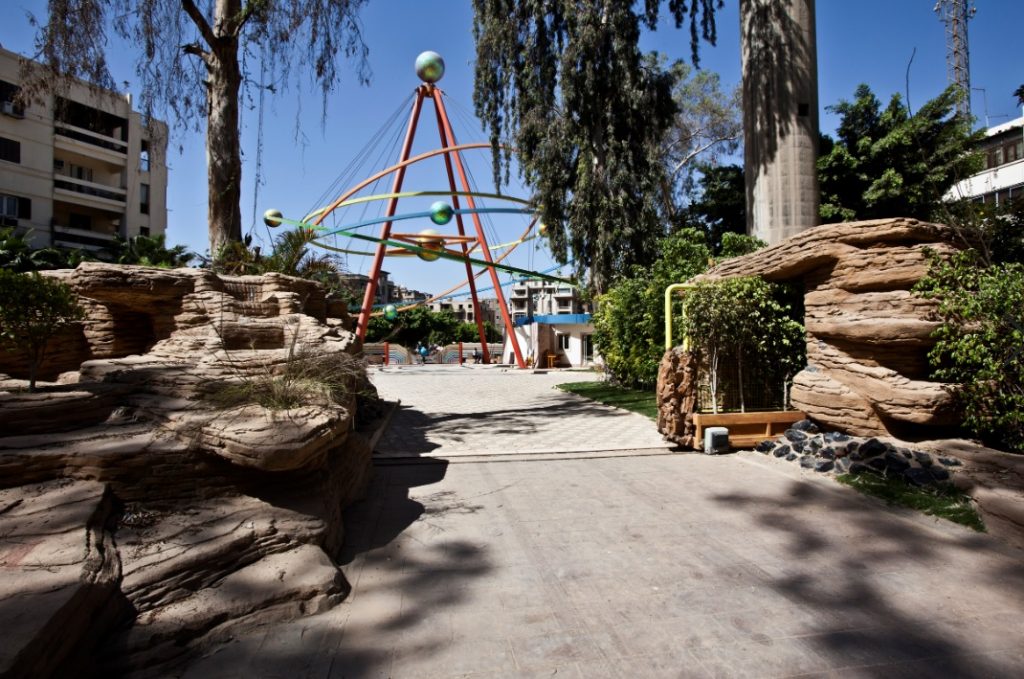 During spring, families and school trips are often spotted on the premises of the museum’s garden.

The garden has a small zoo in which there are ostriches and a ‘butterfly tent’.

Designed to provide an educational purpose as well, the garden has various statuettes of the living animals that once inhabited Egypt.

Usually the museum closes at 4 PM while the garden closes at 6 PM. 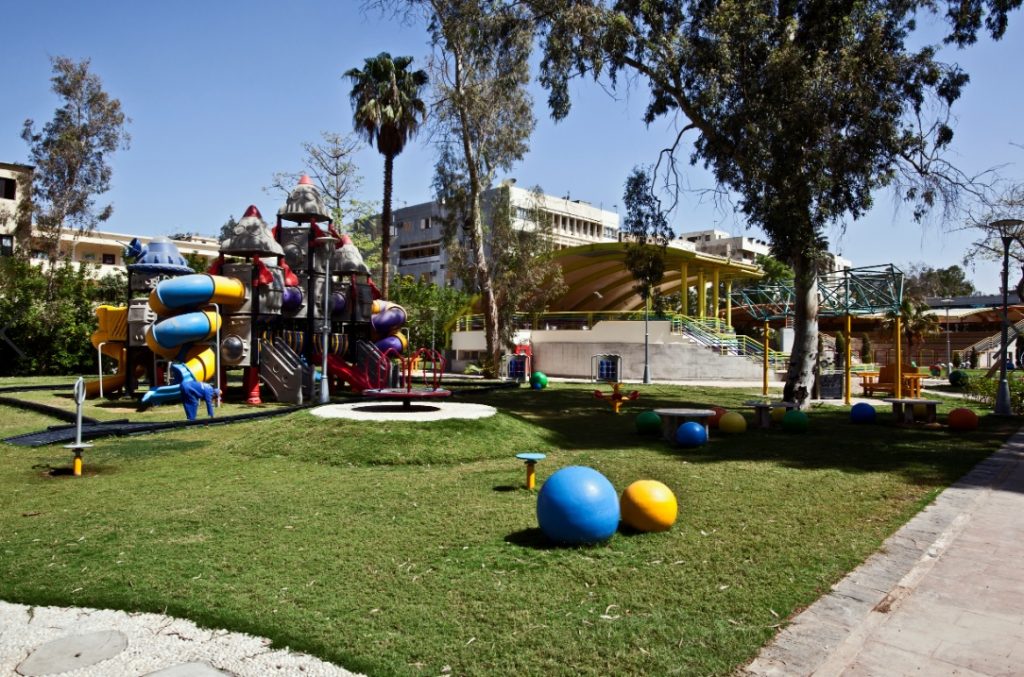 Proposed time of visit: Saturday mornings during the summer or afternoon during the week days.

Often dubbed Egypt’s most ‘romantic’ spot for its endless couples who exchange sweet words under trees or seated on benches, Azhar park really is a wonder to behold.

Location wise, the park overlooks the Citadel, as well as the ‘city of the dead’ quite literally as it is located smack in the heart of the city’s cemeteries.

With a few restaurants as well as random fountains, the park is to be avoided during national holidays as it gets packed. However, during the spring and the fall, it’s a lovely place for a picnic with friends.

In the summer in particular, the park holds various concerts as it is equipped with spaces just for performances.

Proposed time of visit: spring, fall and summer during the nighttime.

Whether this park is worth a visit or not is quite debatable as well. Despite its name, the grotto is actually devoid of any fish. It does have empty display cases which can stimulate one’s mind that there were fish there before, nonetheless.

The area surrounded the grotto can be walked around in. It’s particularly enjoyable when various flea markets or festival celebrations pop up as the entire space becomes lively.

The grotto itself isn’t impressive, but the little garden tucked in Zamalek, is often quiet and peaceful enough to provide a respite from the city’s hustle and bustle.

Proposed time of visit: summer flea markets, during festivals or during the weekend.

One of the easily overlooked gardens of Cairo is this little green space tucked off Gezira Square in Zamalek.

It is a peaceful garden replete with eleven grand statues of significant figures which gives the experience a didactic result. Most of these statues were given by Latin American countries.

The space can be walked in and is usually devoid of activities. It does, however, sometimes hold events meant at cementing the relationship between Egypt and Latin America.

Many locals also know the garden as ‘Mahmoud Mukhtar Park’ as it once was connected to the museum holding the works of famed Egyptian sculptor Mahmoud Mukhtar. The museum was later separated, with both spaces becoming separate in 1991.

Proposed time of visit: anytime of the year but possible spring and fall more.

Orman garden’s location is not particularly enticing as it is located in a crowded area near Ain Shams university. Nonetheless, during its spring and fall plant exhibitions, the place bursts with life and colors.

Various vendors set up shop in the entire garden space where it’s hard to exit without purchasing an item.

The downside of these exhibits is the fact that pets are also sold there, and it is not in the best conditions.

Cairo’s almost mythical Japanese Botanical Garden does exist but it does not live up to the high-expectations and standards of botanical gardens worldwide.
Located near the end of the last station on the Helwan line, this garden’s reputation is still booming strong especially among Egypt’s older generations.

Helwan was known as an affluent neighborhood in Cairo, particularly known for its gardens, fresh air and Sulphur springs; many would travel from all over the city just to stroll in the area.

The Botanical park specifically was created by Zulfiqar Pasha, who was the Grand Chamberlain of Egypt at the time, in 1917.

Although the botanical aspect is quite weak, the more Japanese features are surely there, namely an assortment of red seated Buddhist statues.
Proposed time of visit: Spring and summer, on week days.

One of the more unique gardens in Cairo, the space located in Zamalek, across from the Sofitel, was built by Zulfugar Pasha as a gift for his wife.

The garden was meant at imitating traditional Andalusian architectural styles, which can be still attested today in the South of Spain.

This can particularly discerned in the arches and tile work of the garden, giving the garden visit a special aesthetic experience, especially more so considering the space provides a charming view of the Nile.

Another beloved feature of the park is the colorful mosaic-studded benches and steps which are located near the main, large fountain.

Since its opening in 2019, the quaint establishment has built a lovely reputation for itself as one of the most accessible areas of Maadi with a nice garden space.

The highlight of the garden, which can be accessed alone, is definitely the treehouse planted in the back center of the garden. One can fun climbing on top, and just spending a couple of hours reading in seclusion.

Moreover, the garden space has a few seating arrangements and benches, making it ideal for the various entertainment nights the clubhouse organizes, such as ‘Open mic’ nights, screenings and so on.

The ticket for the garden can also be used to acquire a small beverage from the café inside the clubhouse itself.

Proposed time of visit: mornings or afternoon sunset to evenings during the week days.