Anonymous, Scared and Proud: Experiences of an Egyptian Muslim Woman in the United States

Nehal Elmeligy
Anonymous, Scared and Proud: Experiences of an Egyptian Muslim Woman in the United States 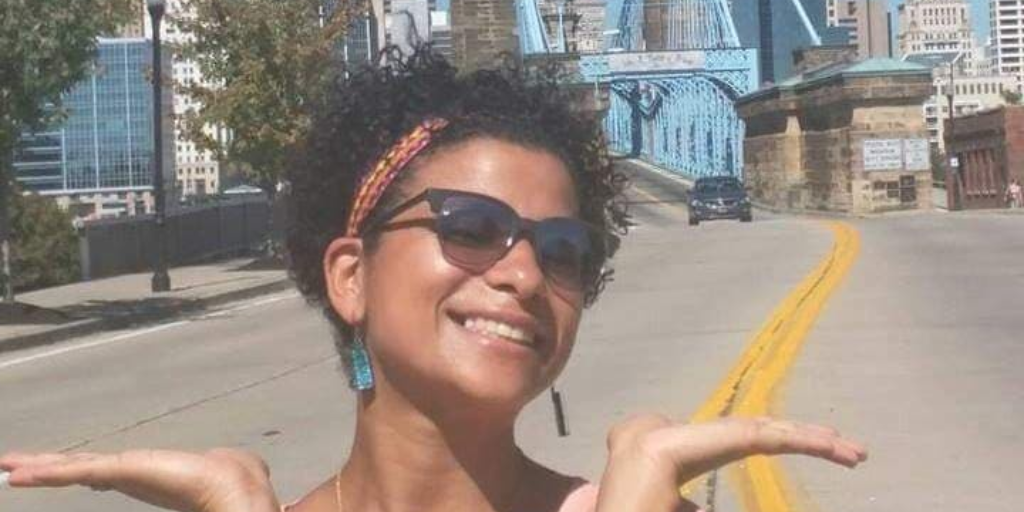 In writing about cities and the characteristics of urban settings, urban sociologists have considered anonymity to be a defining attribute of urbanity. In a city, you will blend in the mosaic of differences. You won’t stand out, because who’s looking? Everyone is busy—unlike small towns and villages, where the streets are calmer, the faces are familiar, and the pace is slower. Without a hijab and an almost-perfect “American” accent, an anonymous Muslim is how I’ve been feeling since I arrived in the United States in 2016.

Nothing about me makes people turn heads as I walk by or when I speak. The two places I have lived so far, and the places I’ve visited have been diverse—and so I go around undetected. This anonymity has been both relieving and empowering, because there was a time in the late nineties when I lived here when I was quite the opposite.

My conspicuity as a hijab-wearing teenager starting high school in New York City, who spoke slow English with an accent brought about physical and verbal bullying, discomfort, discrimination, alienation, and too many questions about Islam that were too hard for me to answer at such a young age. Now in my mid-thirties, and having stopped wearing the hijab at twenty-four, the memory of these experiences is stacked at the farthest corner of my mind.

Mind you, it’s not like there is nothing to worry about anymore while living here. I live in Trump’s America. I’m outraged by the Muslim ban and the rise of discrimination against Muslims, I worry about getting shot at, I imagine situations of what I’d do if I see someone driving around with a confederate flag attached to their car, and at the end of the day, I’m not white. I worry about being discriminated against because I’m “brown”.

Trump’s America or not though, my harsh memories of living in America while wearing a hijab are the reason why I always say As-Salamo-Alaykoum when I see a woman with a hijab. They are also the reason my mind instantly starts asking questions and making wishes: I hope she’s okay. Is she okay? I hope no one has annoyed her. I wonder how she’s feeling. Is she self-conscious? I wonder what other people are thinking of her and feeling towards her. To put it simply, it is almost never a passing moment for me when I see a woman wearing a hijab. It’s a sight that lingers in my mind and stirs a whirlwind of memories, feelings, and thoughts.

I don’t think I can, for the life of me, wear the hijab ever again, especially while I’m living here. I honestly don’t have it in me, not anymore, to be different, to be visibly Muslim, every day. It would be too exhausting for me, I would develop paranoias and stifling anxiety. You know what else? Every time I read about an attack, physical or verbal, on a woman in a hijab, I get furious, but I also get relieved that I don’t wear one myself. It’s scary! Wearing a hijab here is a risk and an act of courage. Not an ounce of me is willing to take that risk again after having done it in my teenage years. 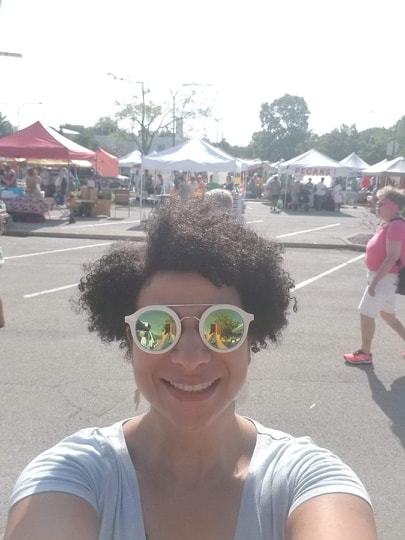 But what I have been doing is be visibly Muslim on my own terms. Like the time last summer when I went to the local farmer’s market and to my pleasant surprise saw a familiar face, Asena (a hijab wearing Turkish-American Master’s student), in an information booth about Islam. I walked over with huge smile on my face and audibly said As-Salamo Alaykum (‘peace be upon you’) — my peripheral vision detected the men in the next booth collecting signatures for some sort cause turning their heads. I meant it. I meant to be loud, happy, and proud. I meant it to be surprising for onlookers, for them to draw one of two conclusions, that I am either Muslim or non-Muslim but showing solidarity with Muslims. I chatted with Asena and her colleagues and skimmed the brochures they were handing out. For the 10 or 15 minutes I was at the booth, I felt home. More importantly, I felt I was doing my part for the Muslim community in (Trump’s) America, not only by showing solidarity, but also by exhibiting diversity.

I never flinch from telling someone I’m Muslim when I’m asked or assumed I’m Christian. I was once standing in an aisle in a thrift store, when an elderly black woman complimented (I think?) my short curly hair. She said: “So you wear your hair natural, huh?” I looked over, cracked a small smile and said “yeah.” A few seconds later, she asked me if I go to church. I turned around and told her that I don’t, she looked me straight in the eye and asked me why not. I looked her straight in the eye back and told her because I’m Muslim. There were a few moments of complete silence and a mini-staring competition. She recovered by saying she has a few Muslim friends. I love these experiences. They give me an opportunity to control my narrative, to break the stereotype that all Muslim wear the hijab, that they look like they don’t belong.

I’ve always been one to make some noise though—sometimes I do want to stand out from the get-go. It doesn’t always have to do with being Muslim, however. Like when I wear my “Free Palestine” T-shirt on my college campus which has a predominately pro-Israeli student body and administration; like when I wear my Egyptian galabeya to my class as a student and as an instructor; like when I wear my gold necklace with my name in Arabic calligraphy; like when I wear my white T-shirt with a red drawing of a mosque and the word “Cairo” in Arabic (القاهرة). To me, these are small acts of defiance. I make room for my culture, my language, my controversial political stance, which make most people associate me with the “Middle East.” Some days, that’s exactly what I want.

But other days, I just want to blend in like sugar in a cup of tea because whether or not I stand out, I know I’m not from here, I feel like an outsider most of the time, and honestly, that’s enough of a burden for me.

The opinions and ideas expressed in this article do not reflect the views of Egyptian Streets’ editorial team. To submit an opinion article, please review our submission guidelines and instructions by clicking here.

Strategic Sexism and 'Salmonella': Who Gets What out of the Controversy?
'Heads of Family Are Mother and Father': Why New Saudi Law Amendments Are Important

‘Heads of Family Are Mother and Father’: Why New Saudi Law Amendments Are Important
Strategic Sexism and ‘Salmonella’: Who Gets What out of the Controversy?