Advancing Women’s Rights in the MENA region: the Restless Fight of Sana Afouaiz 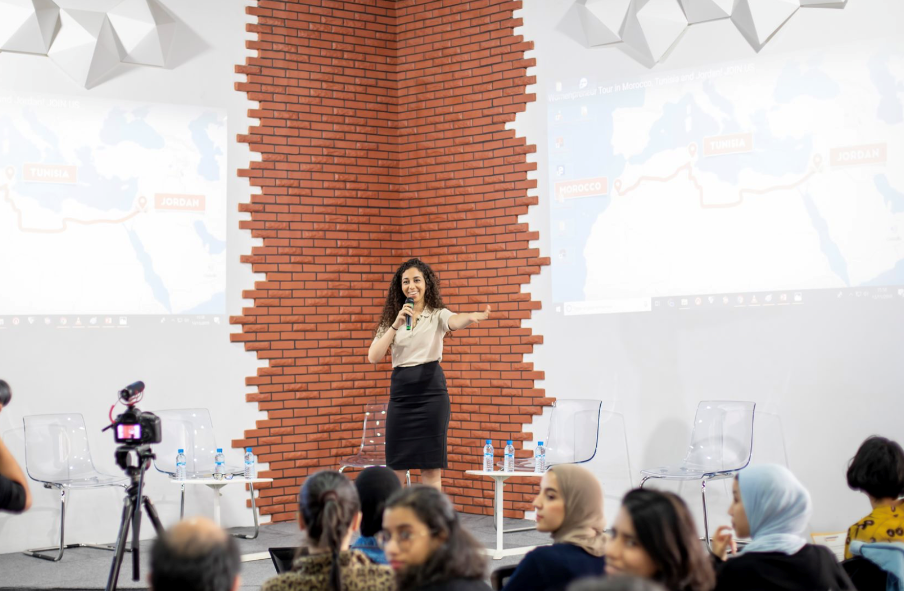 Sana Afouaiz is an award-winning women advocate and public speaker on global feminism and women issues in the MENA region.

For the past years, she has advised the United Nations and the European Commission on gender issues, and on July the 17, 2020 she spoke as a role model at UNIDO’s International Online Conference “Women in Industry and Innovation”, a call to action focused on women’s empowerment and resilience.

You have a unique and impressive résumé so far. How did it all start?
I was born and grew up in Morocco and the cultural environment I lived in made gender discrimination visible and accepted. This inspired me to revolt and fight, I wanted to do something. I’ve always known that. I also read a lot of feminist authors at a very young age, they inspired me to understand that environments are socially-constructed realities that we can always change for a better humanity.

What feminist authors inspired you the most?
Fatima Mernissi, for instance. She is a great feminist and gender thinker from Morocco.

And when did you start acting according to those principles?
In middle school, I was about 13, we used to have a monthly magazine and every kid would write something. I wrote short paragraphs about inspiring people and those people always happened to be women. Once, I wrote, “God is a woman” and this got me into a lot of trouble. But I was very young, you know, full of imagination!

Once, Womenpreneur needed a service provider and the female head of a company we contacted told me “It is an interesting project, but if it is related to feminism I don’t want to be involved in any of this.”

What are the gender-related legal issues in the Mena Region?
In certain countries, for instance, a female entrepreneur needs her husband’s permission to get a loan from a bank or to travel to get an investment abroad. But it is not only that. Another problem of the Mena region is women’s limited access to finance and most of what they do access is microfinance. The social mentality is at the root of the gender inequality we have in the region, and the Arab Spring, which happened almost 11 years ago, didn’t change much.

In what way? What has been the long-term impact on women’s rights of such a widely spread revolution, engaging most of the Arab world?
The Arab spring has inspired a revolution in terms of access to social justice and maybe to economic opportunities, but the Mena region remains a conservative environment where the man is the breadwinner. One of the things that feminists have been highlighting is that the Arab Spring was a failure for women because it excluded them more than ever.

And yet, women are driving change in the Mena tech industry…
There is a great number of female STEM graduates across the region, Jordan, for instance, has the highest number of female game developers, but you don’t see them on the frontline. Again, the big problem here is the way we perceive women and, as long as this perception is deep-rooted into a conservative mind-set, this will hinder women’s empowerment.

I often say, if you want to kill the evil, you should look at its roots, not its branches.

What is Womenpreneur’s mission?
Our mission is to support women and try to make sure that their needs and voices are heard, especially by decision-makers. Since 2016, we have reached and supported 10,000 women in 20 countries and our objective is to reach even more. We have developed and implemented more than 30 projects, but the journey is still long, and we keep on working.

In 2019, Womenpreneur went on tour to map and visit the female entrepreneurial talents of three countries, Morocco, Tunisia, and Jordan. What was it like and what’s next?
It was an amazing tour; we’re having a second one by the end of October and we are also going to Egypt, Algeria, and Lebanon. During the first tour, we travelled to different cities and met female tech entrepreneurs who developed interesting startups and companies, and who raised huge funds inside their countries. The profiles of these women are very diverse, but at the end of the day, they all recognize that the ecosystem in the Arab world needs to be changed. 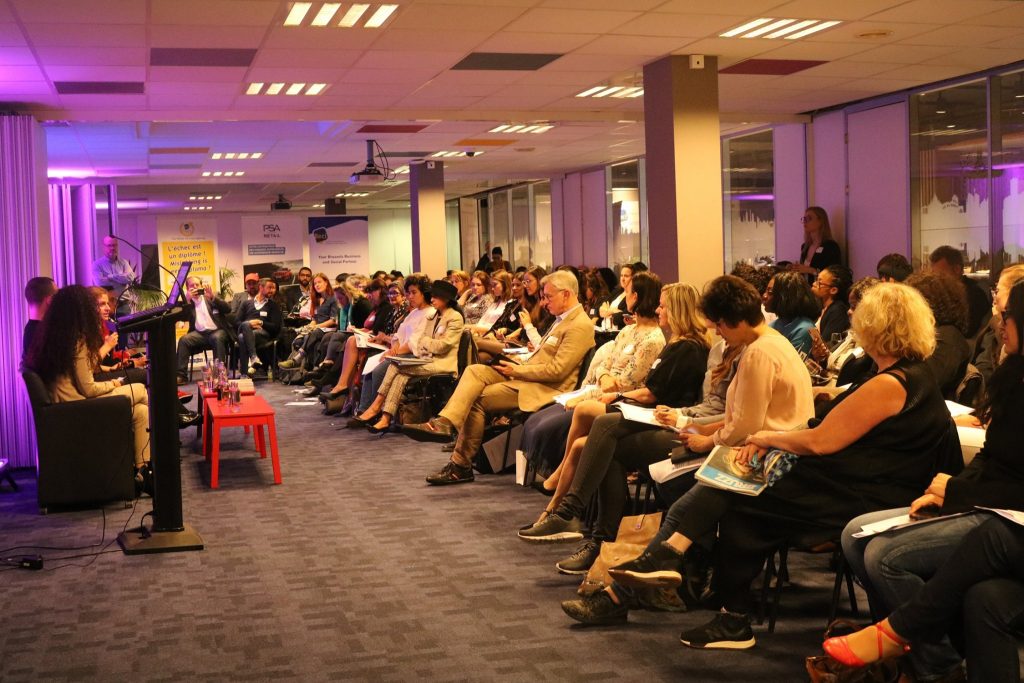 You recently spoke as a role model at the UNIDO’s International Online Conference “Women in Industry and Innovation”. What do you think about the impact that UNIDO is having on women’s empowerment in the MENA region?
I think UNIDO has an important role to play in terms of supporting these women. Providing role models is a really good initiative and raising awareness around this issue is very important. UNIDO can play a role also in terms of advocacy and make sure that the countries in the region and the decision-making institutions really have a full understanding of how to put the right gender strategies into place.

You’re also the author of “The invisible women of the Middle East”. What is your book about?
The book was the fruit of my travels in the Mena region. I spent one year exploring the situation of women in each country. In the eyes of westerners, they’re [Aran women] mostly oppressed, victims, and that’s all there is to it. It is impossible to see things from another perspective.

How did you try to make them visible?
I think the book was a call for a mindset revolution, to change the way we perceive these women. They are not all the same. They have different backgrounds, they come from different countries and those countries are different in terms of culture, language, religion, and economical and political situations.

What would you like the world to understand about this and the related gender struggle?
Are discrimination, misogyny, and oppression a reality in the region? Yes, they are. At the same time, there is resistance and resilience. Many women are in jail in the region for the sake of putting the voice of women on the frontline. Women are fighting misogyny and the patriarchy; they are even risking their lives.

Your final message?
Don’t do something for the trend, do it because you really believe in it. For me, gender equality and social issues are noble issues, and it saddens me when they are used for different purposes than really creating a serious social impact. Working on all this is an important cause, and having a structure and a strategy is crucial.