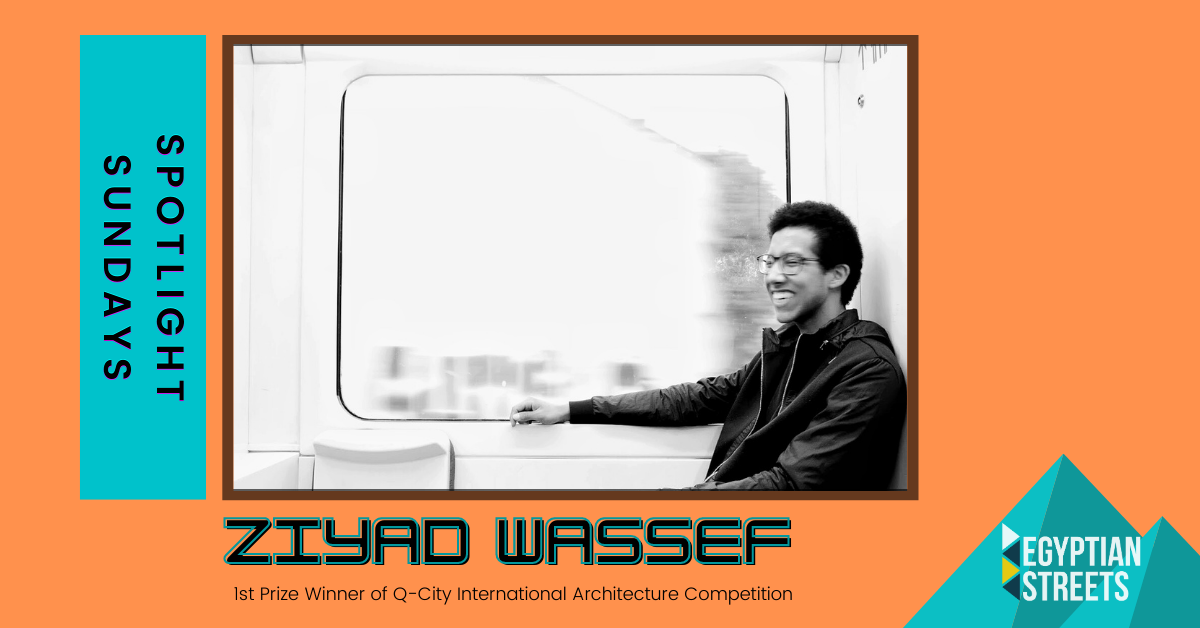 On July 9, 2020, the Q-City International Young Designer Competition (China·Handan) announced GUC Graduate, 24-year-old Ziyad Wassef as first prize winner with his project, “FLOATANDAN”. More than 788 students, 286 groups from institutions all over the world participated in the competition.

Organised by UED Magazine and sponsored by Hebei Provincial Department of Housing & Urban-Rural Development and the Department of Natural Resources of Hebei Province, the competition aims to show a futuristic vision of architecture  with authentic ideas to represent Handan. It even provides the winner’s project the opportunity to be implemented in Handan City in the future as per the decision by the local government. 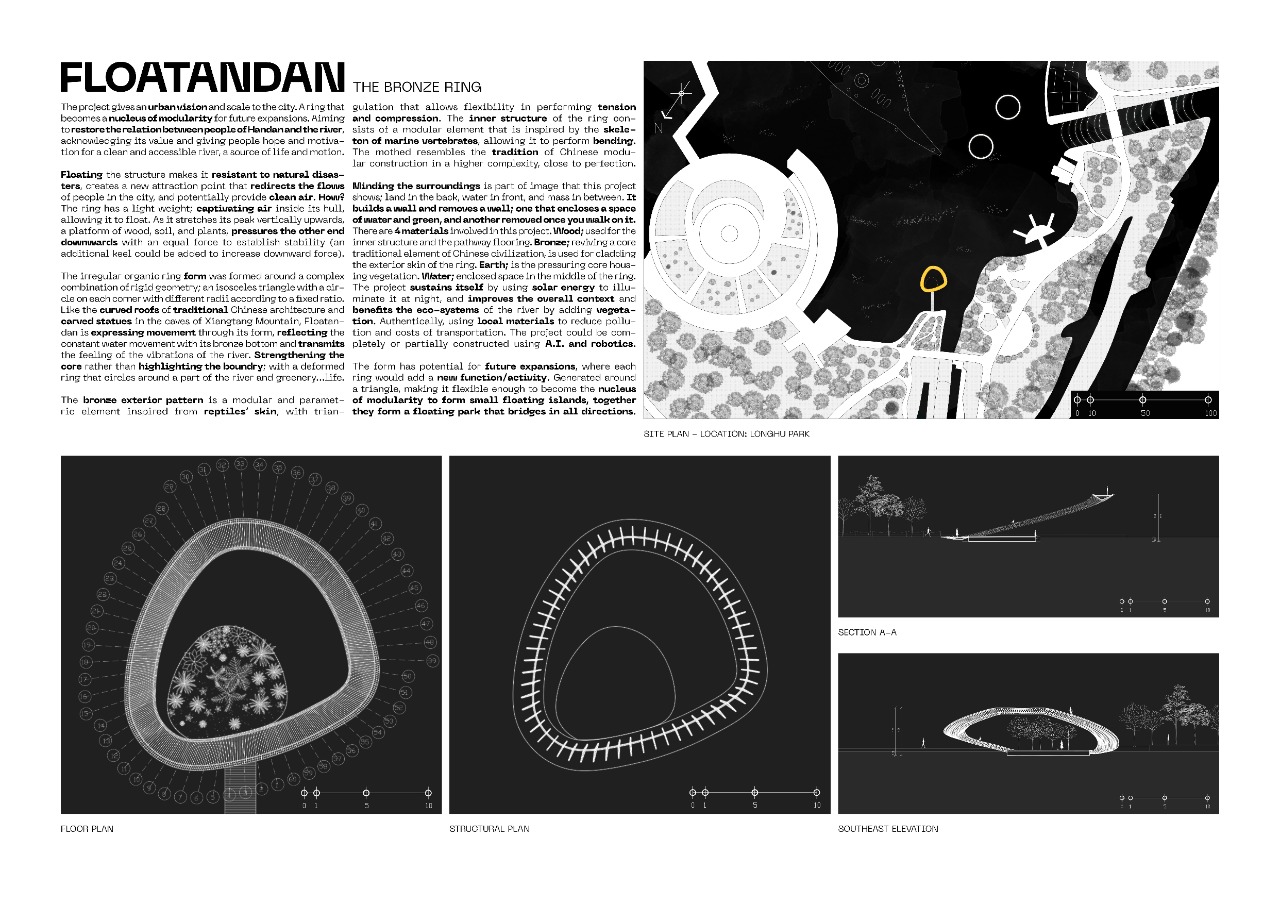 Wassef’s project, “FLOATANDAN” gives an urban vision and scale to the city – a ring that becomes a nucleus of modularity for future expansions. It aims to restore the relationship between people of Handan and the river, acknowledging its value and giving people hope and motivation for a clean and accessible river, a source of life and motion.

Through floating, the structure is made resistant to natural disasters, creates a new attraction point that redirects the flows of people in the city, and potentially provide cleaner air.

The project sustains itself by using solar energy to illuminate it at night, and improves the overall context and benefits the eco-systems of the river by adding vegetation. Authentically, using local materials to reduce pollution and costs of transportation. The project could be completely or partially constructed using A.I. and robotics.

This isn’t the first of Wassef’s achievements – in 2019, he won his first national architecture prize in Egypt, and proposed his first international project for emergency shelters in Mexico called ‘Tri-Shelter’.

Wassef who studied architecture and urban design at the German University in Cairo and did his Bachelor project in Urban Design at Universitat Politècnica de Catalunya in Barcelona, Spain says,  “I was lucky enough to work at Estudi d’arquitectura Toni Gironès Saderra in Barcelona, to have Toni Girones as a mentor and to learn from his methodology.”

World renowned architect and Dean of the School of Architecture at Tsinghua University, Zhuang Weimin praised the project by saying “The work is not just constrained to design a building for Handan, it also combined with the local tourist activities by using bold cantilevering technology to design a landscape (land) attraction by the lake. Its unique style has a symbolic and iconic meaning, which in turn enhances the city image and improves the quality of urban public space.”

Wassef, who initially entered the competition because he was bored in quarantine, feels extremely grateful for the opportunity, and hopes to see it built in the future.

You can find Ziyad on social media at: @ziyad.wassef

Review of Baron Empain Palace: Must Visit for Heliopolis History Fans
Heritage and Nostalgia: How One Man is Trying to Save his 100-Year-Old Family Home

Heritage and Nostalgia: How One Man is Trying to Save his 100-Year-Old Family Home
Review of Baron Empain Palace: Must Visit for Heliopolis History Fans