ES Buzz
‘This is My Night’: Egyptian Film Raises Awareness About Down Syndrome and Empathy

In the final scene of the film ‘This is My Night’, Azza, a mother, played by Nahed Elsebaeiy, sits alone with her son with down syndrome, Amr, in an empty street, watching a circus musical pass them, laughing and sharing jokes together.

In just one scene, the Egyptian director, Yusuf Noaman, captures the raw and simple moments of joy in life despite the struggles and heart wrenching storyline of the film. At the end, we see the film’s story divide into a string of powerful moments, each one lived separately and holds its own power and value. It’s not about a grand storyline or a milestone achievement or event, but simply about powerful moments.

The 2019 film priemered at Al-Gouna Film Festival in 2019, and has also been screened in many festivals worldwide, including Festival du Court Métrage de Clermont-Ferrand and the Karama Film Festival for Human Rights in Jordan, as well as the Gold Award for Best Short Film at International Oriental Film Festival of Geneva, and competed in 15 international festivals in different countries globally.

Fascinated by the human experience, Noaman has always been keen on translating the true and most honest human experiences in all of his films. Looking through their contradictions and all the different sides to their personality, Noaman seeks to dig deeper to try to understand the essence of being human. 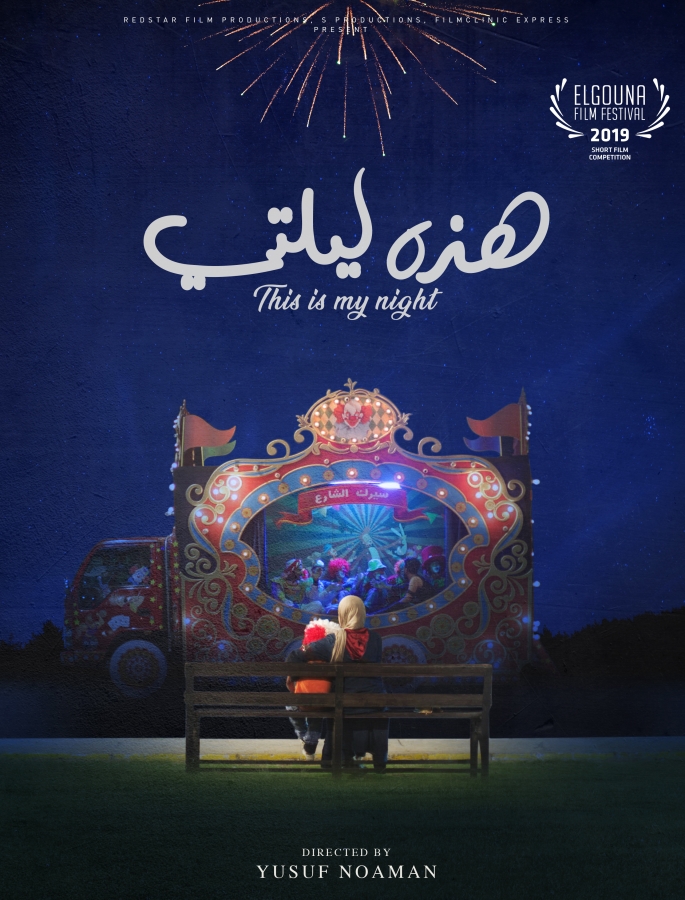 “As a child, my favorite outings were when I went to the airport, because it allowed me to simply witness humans and how they are responding to their surroundings, and how they are all so crazily similar. Since then, I’ve always been captivated by the human experience and have been eager to showcase this in my work,” Noaman tells Egyptian Streets.

To capture this, Noaman decided that for his next film he would focus on two characters that are rarely represented in the world of art and cinema: the relationship between a mother and her son with down syndrome. “I was really excited and passionate to work on the film once I found the script, and began working on it for more than a year and a half, and then was able to receive funding through Kickstarter, followed by UNICEF and the European Union which helped produce the film,” he says.

The short film centers on how these two characters are treated by the word and people around them, and how their social class also impacts their experiences and struggles. Through their eyes, the viewer is able to truly live every experience, even if it as small as passing by the street, accidentally entering an expensive store, buying ice-cream or a few snacks from the koisk.

“I wanted to shed light on the experiences lived by a particular social class and how people treat them accordingly, simply because of their class and that there is a child with down syndrome. The culture of empathy and humane treatment is yet not common in our country,” Noaman adds.

“People are not really aware of the struggles this type of community faces. When the film was shown on OSN, a lot of mothers messaged and they told me how much the film shed light on their struggles, and how the general public don’t really understand the consequences that could result from the bullying or even judgmental stares,” he says.

To present these different scenes as authentically as possible to the audiences, Noaman used a different approach to shooting that focused on forging harmony and close friendships with the cast instead of reading off of one script. “I wanted the film to feel as realistic as possible, and particularly as Amr, the child, has no previous acting experience. My approach was to

First create strong levels of trust, chemistry and understanding between the cast, so when we shoot, none of them feel uncomfortable or afraid and that most of the acting came out naturally and out of discussion rather than words or procedures that they had to memorize,” he says.

Short films are currently finding increasing space in Egypt’s market, with many now appearing in film festivals as well as streaming shows such as Netflix, Shahed.Net and even OSN television channel.

This rise of the short film industry is encouraging discussions on rethinking the value of short films that go beyond than monetary value, but more about the health of cinema as an art form. Many say that short films are now the new frontier of great dramatic and authentic art.

It creates a new system that benefits more than just the investors or other commercial interests, but also the audience, and the filmmaker.

“Short films are not guided by any commercial interests, its only artistic considerations, and so you embark on a very different path compared to other big projects. What supports us is that our audiences are aware of this and accept it, and so we have more freedom as directors to be more experimental,” Noaman says, “there is a new generation that are now producing more short films, and there is more funding and support from the public now.”

Essentially, the value of short films is that the main message overshadows other details in the film, leaving the viewer with one core message to contemplate and think about rather than a collection of many different emotions and messages.

When asked about what message he would like viewers to get out of the film, Noaman says, “I want people to be empathetic, and to feel one another, and not discriminate or be overcritical of others and their behavior. This is my vision, which is to spread values of empathy and compassion in society.”

Should Artists Consider Themselves “Artivists”?
In Photos: Finding the Arabic Letter in Every Cairo Corner 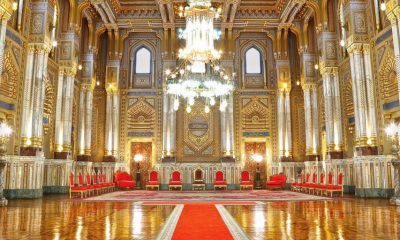 In Photos: Finding the Arabic Letter in Every Cairo Corner
Should Artists Consider Themselves “Artivists”?