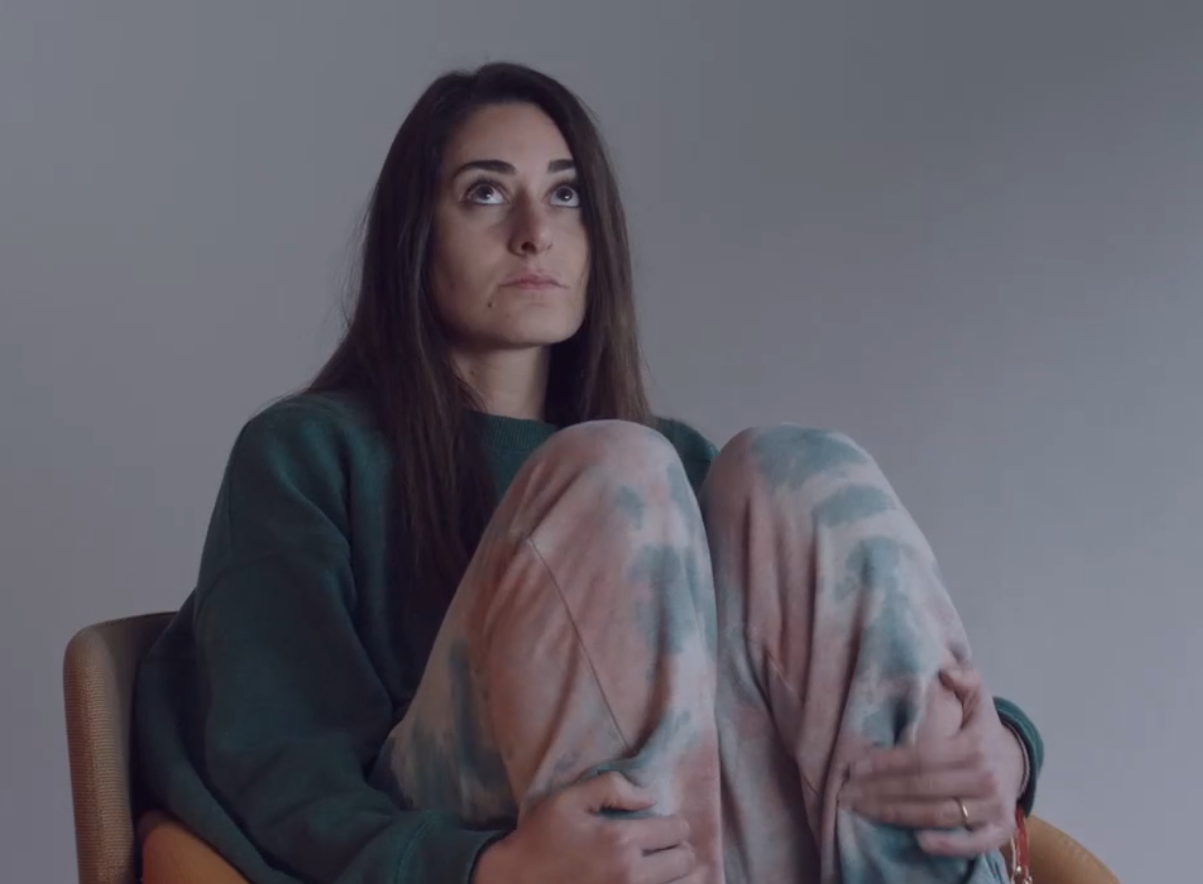 Like every Ramadan, the Egyptian television industry has wheeled out the usual tray of saccharine treats, the over-consumption of which sedates the viewing public for the entire holy month. The industry has refined its formula for melodrama and continues to export it to the entire Arab world, and I’ve come to associate the genre with the same desserts that, in the same region, litter dinner tables after sunset. They leave audiences satisfied and bloated—almost like a daily fix.

These melodramas obscure the contradicting and controversial layers within real-life problems (like poverty, heartbreak and injustice); the human condition is, therefore, reduced to vague tragedies, where a sanitized and unrealistic ‘good’ is pitted against an equally sanitized and unrealistic ‘evil.’ Exaggeration is the mallet with which these shows flatten humanity to bite-size morsels, meanwhile, executives opine, social commentary is far too sour for the Egyptian palate. This time around, however, a notable exception has disrupted the slew of melodramas and cheap comedies—the dramedy helmed by Karim el Shinnawy and Mariam Naoum, Khalli Balak Min Zizi.

Note: This article will only mention plot developments made in the first three episodes of the show and otherwise does not contain spoilers..

Melodramas employ a number of different techniques to subdue the viewer in a way not dissimilar to sitcoms. The point that sitcoms now have to laugh for the viewer, who is too tired and absent to laugh for himself, has been repeated ad nauseam, but it’s important to graft this criticism onto melodramas. They manage the audience’s feelings for them, by exaggerating every emotional exchange between characters by the maddeningly ubiquitous music cue.

This drives me insane. Today, two characters cannot so much as lock eyes without a teary-eyed composer tugging on our sleeves and asking ‘Isn’t this sad? Isn’t this really, unbelievably heartbreaking?’ The viewer, then, completely forgets their own participation and has their emotions managed for them. As is the case with sitcoms, the viewers become too comfortable.

Admittedly, Khalli Balak Min Zizi doesn’t part with the music cue but, for the most part, it counterweights it with its dissenting outlook on storytelling. It reminds the viewers of their crucial role: to think and feel for themselves without some paternal big-brother telling them who’s the good guy and who’s the bad guy. Khalli Balak Min Zizi does this by refusing to really tell the viewer anything, instead it uses visual language. Television is, after all, a visual medium, and the way with which Shinnawy choreographs and blocks the very first scene in the show tells us so much about its leading lady.

The pilot opens in a supermarket, where a little girl follows a trail of treats until she finds Zizi herself (played by Amina Khalil), dressed in bright neon and sweats. She is cradling way too many bags of sweets in her arms, is wandering the aisles looking for her favorite brand and also has a number dialed on her phone. When the person calls her back, she is so excited that she drops her bags and clumsily fiddles with the phone, only to find that the battery died. She then whirls throughout the aisles, loudly rebuffing help from others and, in her haste, breaks her charger.

Immediately, the production design and writing are stylized enough to distance us from strict realism. The trail of treats evokes fairy tales and the show contrasts this playful, whimsical air with a very alarming and in-no-way-fantastical condition of the protagonist. The audience can tell that Zizi’s attention is spasmodic, her behavior explosive and her diction muddled. It leads us to believe that she has attention deficit hyperactivity disorder (ADHD), but, and this is crucial, without inviting the audience to think of her as quirky, crazy or dangerous; instead, we can tell by her flighty behavior in the pilot, that her condition makes her life, and the lives of those closest to her, rather difficult.

This is another topic where Khalli Balak Min Zizi and its melodramatic peers diverge, the former tackles a real social issue, mental health, without a heavy-handed narrative. It shows the detrimental effect a severe illness can cause without blaming Zizi or making martyrs out of the people she mistreats. In the pilot, the couple separates after Zizi, distraught by the news of her fifth failed IVF pregnancy, attacks her husband Hesham (Aly Kassem) who admitted to wanting a divorce.

We can see how hard it is to have a loved one struggle with ADHD in one of my favorite scenes in the show so far. In the following episode, a bandaged Hesham is home alone and cleans up the mess Zizi left behind. With fleeting patience, he picks up discarded tissues, scattered dinner plates and sweaters, until he can’t take it anymore. Hesham

relays, quite masterfully, too, how long he’s been mitigating Zizi’s condition and why, after five years, he’s chosen to abandon her. In a purely visual sequence, we are shown that unaddressed mental illness will pervade our daily lives, and, while Zizi is not to blame for her condition, she should still be held accountable for her actions on others.

Such socially conscious themes are still padded with lighter moments, which is an immensely difficult task. Tone eludes so many directors, but Shinnawy is aided by a costume design department which has donned everyone in variegated outfits that seem too glossy and perfect to belong to the real world. Everything from Hesham’s colorful carreaux suits to Morad El Faramawy’s luxuriant domestic robes speak to this loose tether to reality. While this tasteful balance helps justify some character choices that may seem to ‘out there’, it accomplishes so much more. It helps the show explore the other social matter that drives the plot, the unflinching audacity of male egotism/chauvinism and its paternal grip on Egyptian domestic life.

This is best exhibited by a scene in the pilot when the injured Hesham seeks the counsel of his brother, Yasser (Tamer Nabil) and the latter’s shady lawyer, Marzou’ (Mohsen Mansour). As they debate the best legal course of action, Marzou’ opts for a less-than-legal strategy; the lawyer rips up Hesham’s clothes and ruffles his hair, greatly exaggerating the superficial injuries Zizi inflicted—a scene which would’ve seemed outlandish if not for the tone established prior. Their strategy is to sue Zizi, relying on the judge to think of Zizi as just another hysterical shrew. Marzou’ lays it all out, saying that “she needs to be disciplined.” 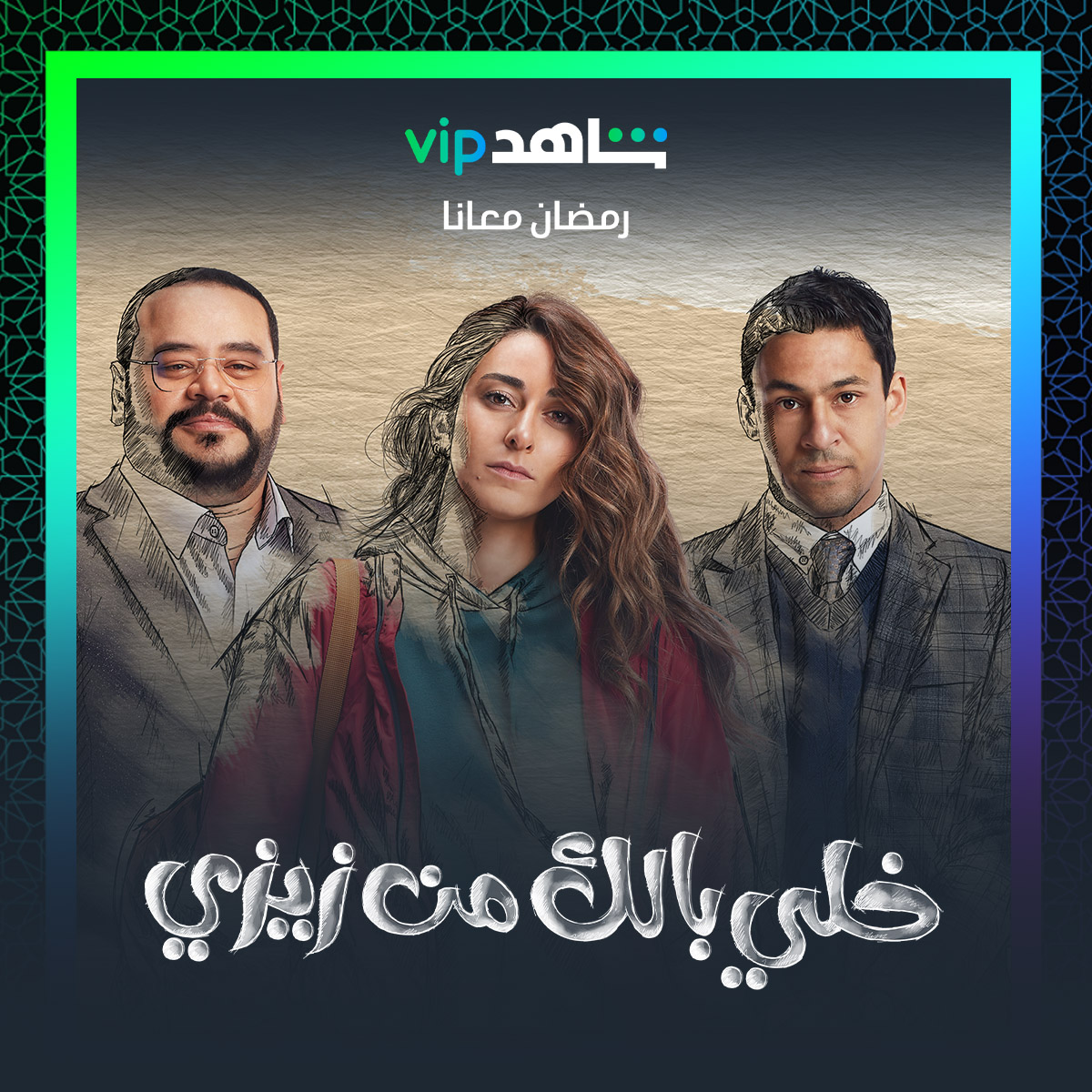 Now, it’s easy to think of this ploy as one hatched by a caricature, that Naoum and her writers are invoking the age-old trope of sleazy lawyers. A less superficial reading will show that Marzou’ schemes are more than just legal chicanery, instead he is relying on a legal bias against disobedient women. His misogyny isn’t exaggerated to the point of hilarity—far from it, he is leveraging structural and social prejudice.

Run-of-the-mill melodramas aren’t interested in all that. I, for one, didn’t expect such a layered approach from a Ramadan show either. To be honest, I was fully prepared to do a takedown of the show. I originally thought of referring to the main lead as ‘Zizi’ but, in reference to the show itself, write ‘Zizi’ in italics to mimic the incoherence and lack of narrative foresight displayed by the industry.

Fortunately, I had to shelve that idea pretty quickly, and my clout-seeking aspirations were swiftly outclassed by Shinnawy and Naoum’s artistry and honesty.

From Cairo with Love: My Fabricated Coming of Age
Tackling Sex Education and Sexual Abuse in the Egyptian-Canadian Diaspora

Omar Abo Mosallam is an Egyptian writer and editor whose work has been published in AUC Times and Avant-Garde. His work has comprised of satire, cultural criticism and fiction.

Tackling Sex Education and Sexual Abuse in the Egyptian-Canadian Diaspora
From Cairo with Love: My Fabricated Coming of Age