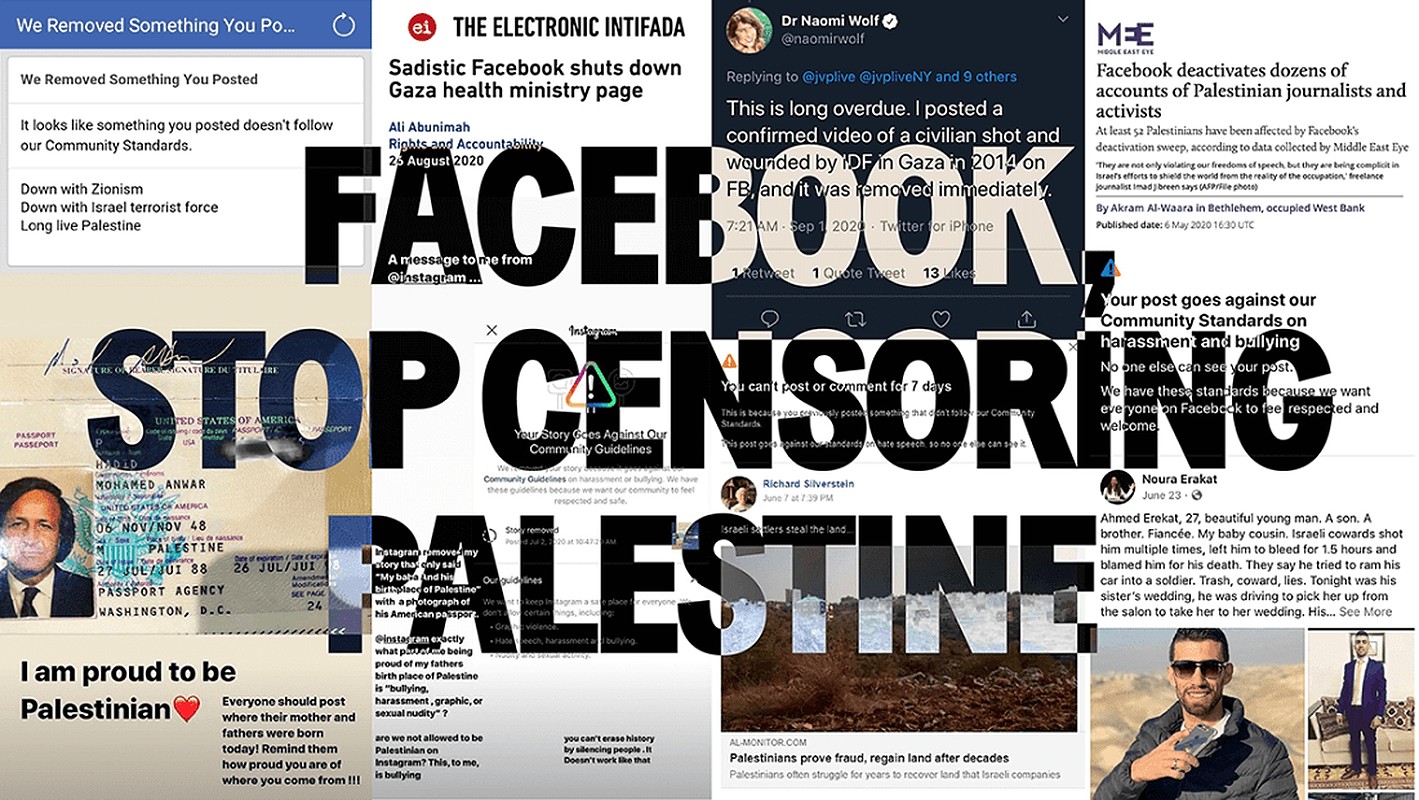 Since the attacks on Palestinians in East Jerusalem and later, Gaza – where civilians make up the bulk of casualties in the exchange of fire between militants in the strip and Israel – began, many activists have spoken out against ‘digital apartheid’, which refers to the online censorship of pro-Palestine content on social media.

Palestinians have been widely sharing photos and videos on social media to document the brutality of Israeli forces and the forced evictions of Palestinians from their homes in the Sheikh Jarrah neighborhood in occupied East Jerusalem. To bring awareness on the on-ground events faced in Palestine, activists launched an online campaign using hashtags like #SaveSheikhJarrah, #FreePalestine and #GazaUnderAttack.

However, many have accused social media networks like Instagram and Facebook of limiting the reach of and, in some cases, removing their posts and stories, and shadow-banning events.

7amleh, a nonprofit organization that advocates for Palestinian digital rights, released a statement noting that “hundreds of posts and accounts” documenting human rights violations by Israel have been deleted from Instagram and Twitter, saying the crackdown is happening on an unprecedented scale. The statement also referred to previous cases of censorship that have been documented by the organization for years, such as requests by Israel’s Cyber Unit, an internet referral unit, whose mission is to submit ’voluntary’ requests to social media companies for content removal.

In their annual report #Hashtag Palestine 2020, the Palestinian organization also cites evidence of collaboration between social media platforms and the Israeli government, noting that civil society organisations have experienced levels of moderate to high amounts of content takedowns.

Khaled Beydoun, a critically acclaimed author and law professor who has been actively reporting and advocating on the events in Palestine and Israel, shared a tweet stating that Twitter had removed a video he posted of Gaza being bombed.” He later added that he “made another attempt to upload it, and it ghosted the post.”

Twitter removed my video of Gaza being bombed tonight.

Another popular platform impacted by the social media censorship belongs to renowned journalist and writer Mariam Barghouti, whose Twitter space was temporarily restricted and had tweets removed.

A Twitter spokesperson later said that it was an accident, yet did not offer further explanation as to why the action was suddenly taken, according to Vice. “We took enforcement action on the account you referenced in error. That has since been reversed,” a Twitter spokesperson told Motherboard in an email.

Important point, my account was suspended then reinstated without me having to do much, because you all spoke up. For that, thank you all for being so quick, for refusing to just be shocked. Thank you for those that offered your own accounts for me to use. let’s do it for others! https://t.co/1beziuxmuS

After several reports made by Palestinians to Instagram on removal of content, Instagram admitted that the posts were removed, yet noted that it was “a widespread global technical issue not related to any particular topic.”

Yesterday we experienced a technical bug, which impacted millions of people’s stories, highlights and archives around the world. For people impacted by this bug, they saw their stories that were re-sharing posts disappear and their archive and highlights stories were missing. https://t.co/E2WTcTN7Jt

Earlier this week, Israel’s Justice Minister Benny Gantz asked social media platforms to remove content from their sites that he believes will incite violence in Israel or “spreads disinformation.” Gantz labeled it as “a moment of social emergency.” In 2016, the Minister also stated that Facebook, Google and YouTube comply with up to 95 percent of Israeli requests to delete content, which the government claims incites Palestinian violence.

In response, activists and users have been resorting to other communication methods to counter the algorithms on Facebook, Instagram, and Twitter, such as using alternative spellings (P*l**tine or S*eikh Ja**ah). Others have also been writing posts in Arabic using the specialized “dotless” website that enables users to convert their Arabic letters so that they cannot be easily read.

This isn’t the first time that activists and civil society organizations have called out social media to stop silencing Palestinian voices. In September 2020, over 23,000 people signed the petition “Tell Facebook: Part ways with Emi Palmor and stop censoring Palestinians,” after Zoom, YouTube and Facebook banned a digital event “Whose Narratives? Gender, Justice and Resistance.”

In a statement, activists and organizations noted that the Palestinian Ministry of Health in Gaza was removed from Facebook three times including during the coronavirus pandemic. In a new report, Facebook Censors Palestine, noted that posts about the Palestinian people and the Israeli occupation are more actively reviewed and censored by Facebook, though hate speech posts such as “Death to Palestine” or “Every Muslim is a dead terrorist” were not taken down or flagged for violating Community Standards.