The Pharaohs have managed to stave off an aggressive Spanish side in their first football contest at the 2020 Tokyo Olympics. 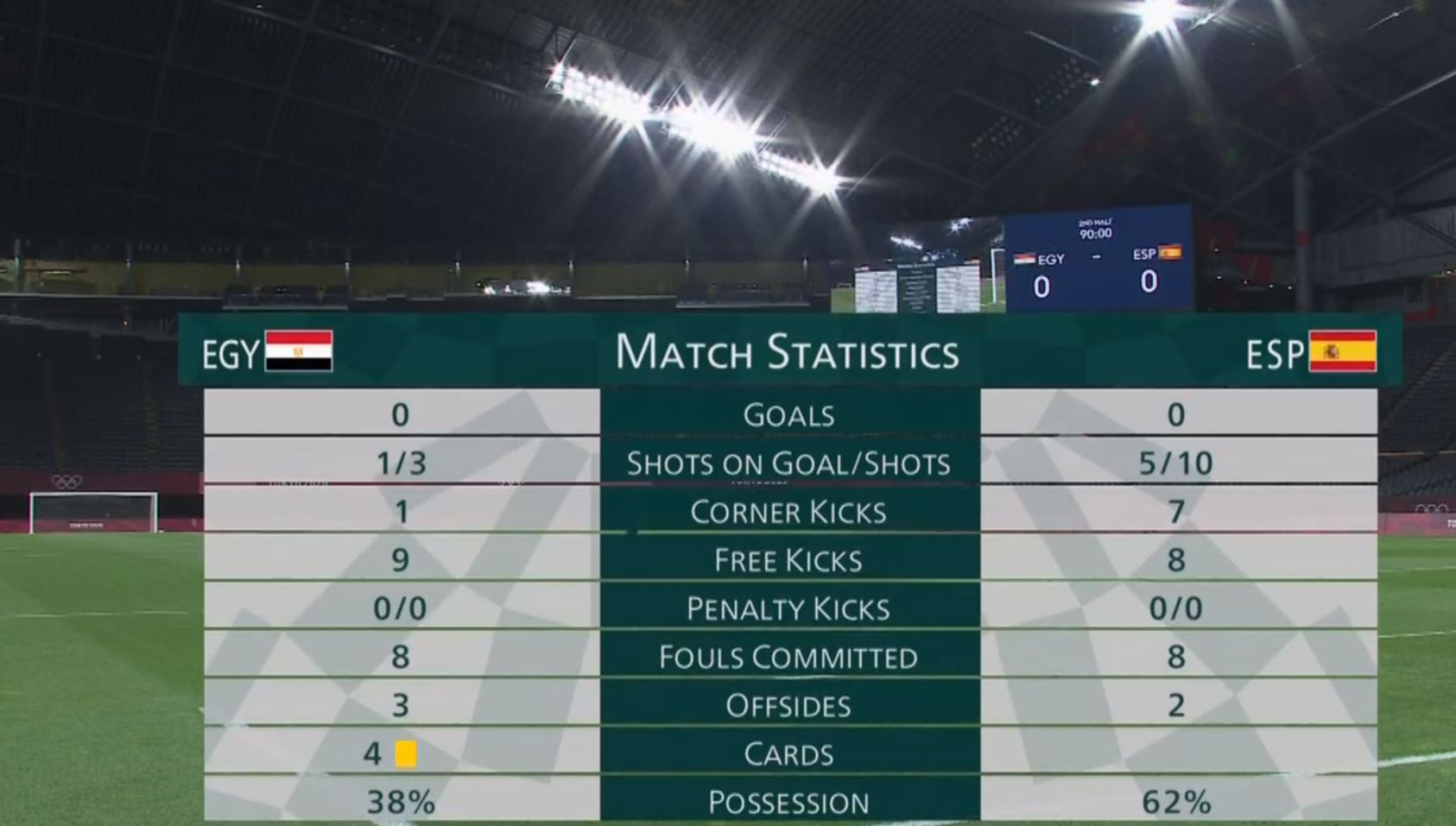 Egypt, who are in Group C along with Spain, Argentina and Australia, played a defensive match against the Spaniards, with few successful offensive chances.

Spain, who are among the favourites to win the U23 football gold medal at the 2020 Olympics, played a largely offensive match, but failed to score against Egypt, with impressive performances from goalkeeper Mohamed El Shenawy and defender and captain Ahmed Hegazy.

Egypt and Spain now both have one point each in Group C as a result of the draw.