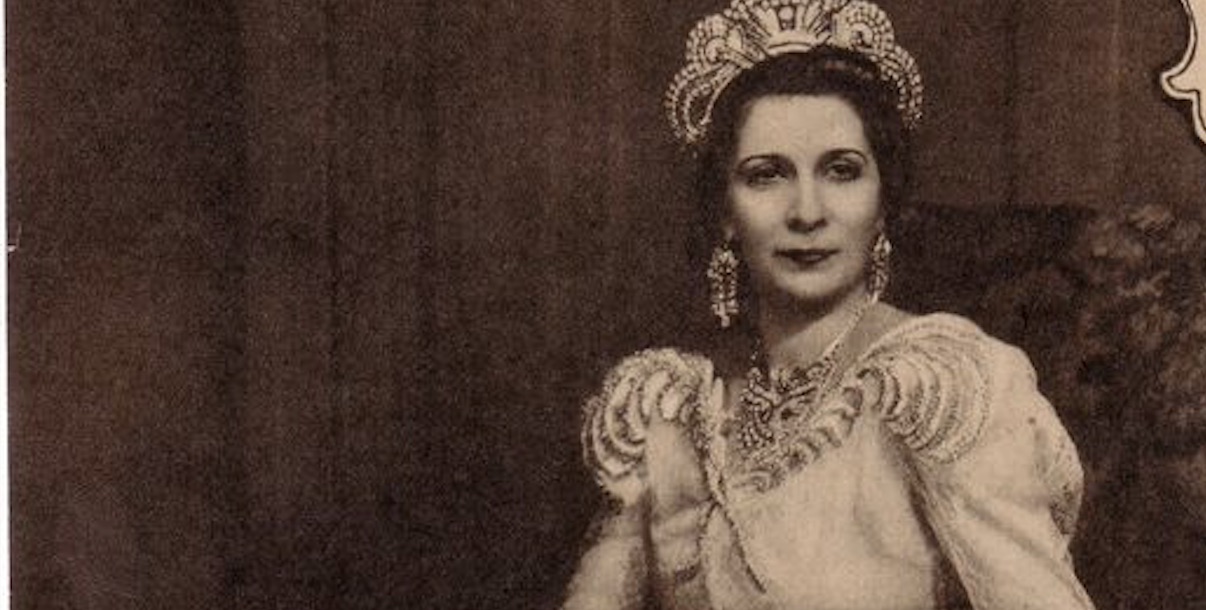 From a life of silver spoons to a life enfettered: the story of queen Nazli, Egypt’s first queen consort, is a story of love and power.

A tragic character, Nazli’s background exposed her to power and luxury from a young age. Her great-grandfather was Suleiman Pasha, who was born Joseph Sáve, one of Napoleon Bonaparte’s military commanders and one of the authors of the historic ‘Description de l’Égypte,’ (Description of Egypt), the first voluminous reference on Egypt in 1798.

Born in 1894, Nazli was born into an aristocratic family of French and Turkish origins. Her father, Abdel-Rahim Sabri Pasha, was the Minister of Agriculture and Governor of Cairo.

Ahead of his time, Nazli’s father encouraged her to study in Paris, which was unusual for girls at the time. She was influenced by the Western dreams of freedom, and took it upon herself to live them outin her home, Egypt.

Nazli’s search for her enchanting love story was not easy, she did not meet her Prince Charming right away.

After her mother’s passing, Nazli attended a boarding school in France, and upon her return, she was forced to marry her Turkish cousin, Khalil Sabri at 24-years old. However, this marriage ended in an abrupt divorce shortly after 11 months.

Not long after the separation, Nazli met Saeed Zaghloud, the nephew of Egyptian political activist and one of the early leaders of the Wafd Party, Safiya Zaghloul. Nazli and Saeed were briefly engaged briefly, until he was exiled with his uncle, the nationalist leader Saad Zaghloul amid the 1919 revolution.

In 1919, the Sultan of Egypt, Fouad, swept Nazli off of her feet. Although he was 25 years her senior, the couple married at the Bustan Palace in Cairo, with both of them giving marriage a second try.

From Enchanted to Enchained

Not all that glitters is gold, and for the queen, her life wasn’t as glamorous as one would hope. From a young age, Nazli was free-spirited and well-educated, and the Ottoman-style harem she was confined to did not resonate with her ideas and dreams.

After she gave birth to her son Farouk, the soon to be heir to the kingdom, Nazli was only allowed to go out for a few types of occasions, such as the opera and flower shows. She was secluded from the outside world, and when she gave birth to her four daughters, Fawzia, Faiza, Faika, and Fathiya, she had little to do other than live a life of isolation in her gilded palace.

King Fouad was known to have a severe character, restricting the lives of those who lived in the palace. His parenting of his son Farouk was rigid and strict. Although he frequently pampered Farouk, he was still subjected to confinement behind the palace walls.

After King Fouad passed away in 1936, Farouk became the new King of Egypt, and Nazli was named Queen Mother. The title granted Nazli a degree of freedom compared to the restriction she had known before; however, this did not last long.

With her husband’s passing, Nazli thought she was bound to attain the level of freedom she always sought after when she was married to King Fouad. However, her husband’s restrictive nature was passed down to Farouk, which led to rising problems and disagreements between them.

Nazli’s alleged affair with the King’s advisor, Ahmed Hassanein Pasha, heightened the tension between her and Farouk. Farouk disapproved of his mother’s desire to remarry, which created further tension.

After Ahmed Hassanein Pasha was killed in a car accident, Nazli left Egypt in 1946 and fled to California to attend to her deteriorating health.

In 1950, King Farouk stripped his mother and his sister Princess Fathia of their rights because the princess married the Coptic Christian, Riyad Ghali Effendi, against Farouk’s s wishes

Nazli passed away alone in Los Angeles, California in 1978. Her story remains a tragic one for the lovers and dreamers.

Cigarettes After Sex to Perform Their First-Ever Concert in Egypt
Of Words and Wisdom: Egypt's Sacred Ibis

Of Words and Wisdom: Egypt’s Sacred Ibis
Cigarettes After Sex to Perform Their First-Ever Concert in Egypt