An old loveliness, sitting in the district of al-Sayeda Zeinab, is Beit al-Sennari, or the Sennari House. Scientists and artists sought this forgotten place, where culture encased its hardwood floors and history is plastered on its off-white brick walls.

Beit al-Sennari is a standing relic and a physical heritage.

A remnant of the French bourgeois era in Egypt, the house is located in al-Nasseriya neighborhood, just off the dead-end of Harat Monge (Monge Alley).

Built by a wealthy merchant named Ibrahim Khatakhuda al-Sennari in 1794, the house is manicured with the finest wooden mashrabiyya screens, and has a stunning courtyard as well as a well-preserved room complex.

The French seized the house by the time of the French expedition in Egypt in 1798.

The house served as a place and residence for the members of the Institute for the Commission of Science and Arts that accompanied Napoleon Bonaparte’s military expedition. 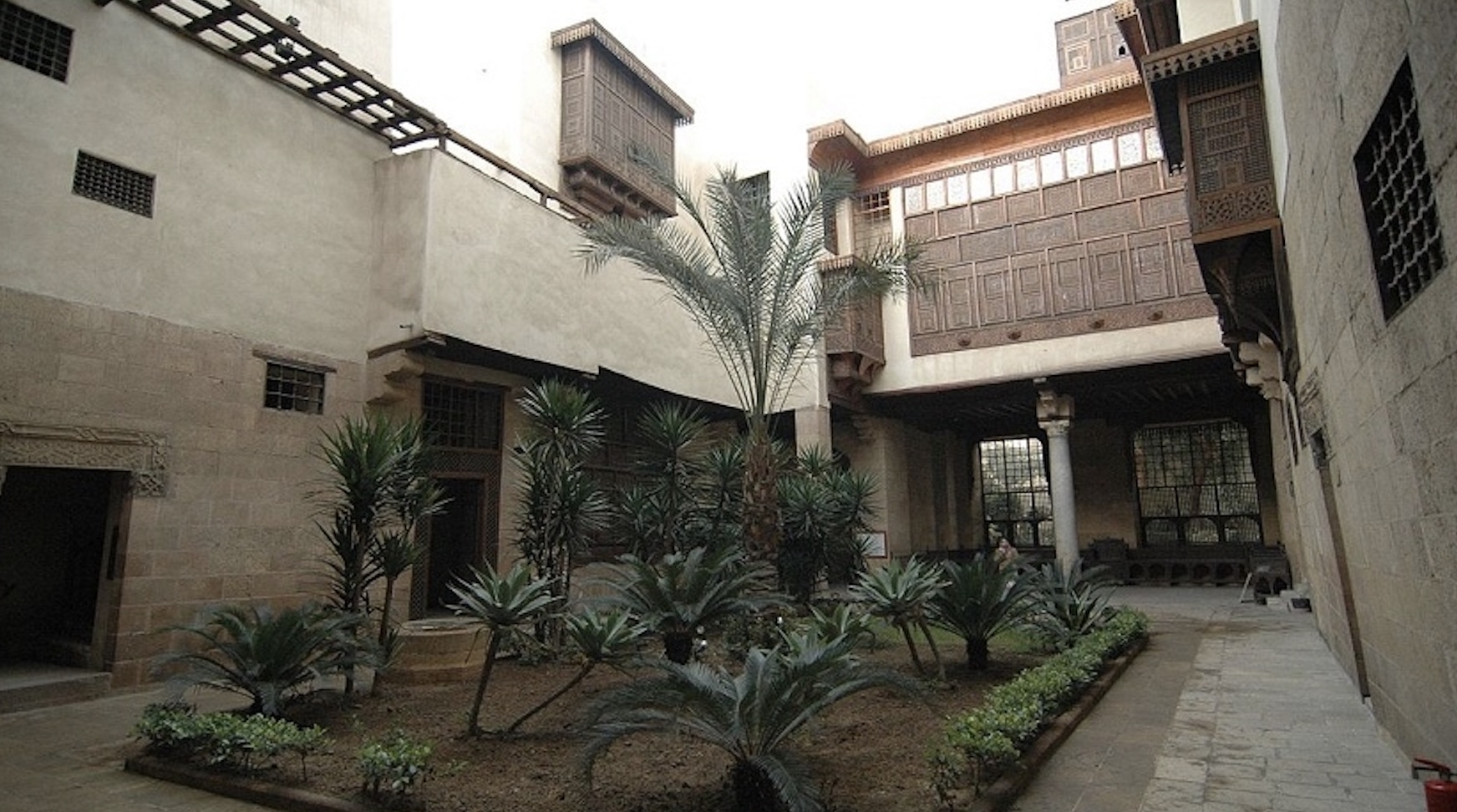 Their mission was to conduct a systematic study of Egypt, resulting in the composition and publishing of the Description de l’Egypte in 1809.

The French expedition in Egypt ended in 1801, and so did the activities of the institute as it lost its main purpose.

In 1992, the infamous Cairo earthquake caused severe damage to the building, and it was restored by the Supreme Council of Antiquities (SCA), in collaboration with the French mission, in 1996. After extensive renovations, the house reopened as the Institute for Applied Arts, with displays of crafts and work by many local artists.

Beit al-Sennari is an epicenter of culture, art, and science. Its heritage tells stories of Egyptian civilization and history, across epochs of power and prosperity, as well as periods of weakness, conquest, and defeat.