Stanzas of Defiance: The Powerful Poetry of Egyptian Women 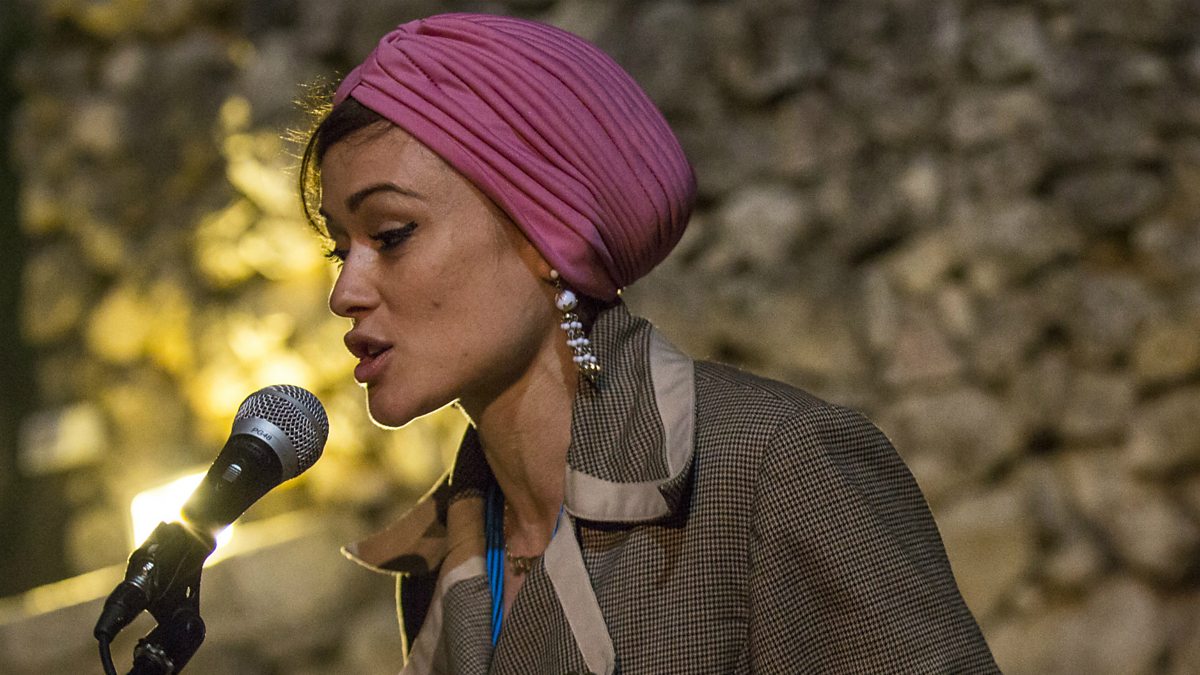 Aisha Taymur, Gamila El Alaily, Doria Shafik, Celine Axelos, Joyce Mansour, anc Sabrina Mahfouz, are only six of an abundance of Egyptian female writers who have inspired generations with their powerful poetry. These six outstanding women poets see work as a boundless form of expression, inviting readers into their worlds, to understand their struggles, and victories.

Aisha Taymur was one of Egypt’s most distinguished poets, novelists, and social activists. Born in 1840 into a family of Kurdish origins and literary roots, Taymur was a symbol of the women liberation movement since the Ottoman rule. She was well-versed in the Holy Quran and Islamic Jurisprudence, and also wrote poetry in Arabic, Turkish and Persian.

Taymur employed traditional poetic devices in her poetry — she wrote about women defying societal expectations, especially during nineteenth century Egypt, the concept of love towards others, as well as love in religion. Her writings about how love reflects a deep connection to God, which has led many to consider her as a Sufi poet. She wrote many poems that discussed women’s relationship with the veil; in one of her most famous religious poems ‘Be Yad Al E’faf Asoon Izz Hijabi’ (With pure virtue’s hand I guard the might of my hijāb, 1894), she made it clear that the veil instilled in her pride, dignifying her position in society. It is believed that one of Taymur’s most iconic poems, possibly the ‘best of that genre in modern times,’ has been about her mourning the loss of her eldest daughter Tawidah. She wrote phenomenal poems on how the loss of a child can affect a person’s life, and wrote many elegies lamenting her own loss and grief. Below is an excerpt from Taymur’s most famous elegy, Hilyat Al-Tiraz, lamenting the loss of her daughter.

كلا ولا أنسى زفير توجعي No, and I shall never dare to forget
والقد منك لدي الثرى مدثور The burning sighs of sorrow, as I laid you to your eternal rest

Considered a key figure in Egypt’s modern art renaissance, Gamila El Alaily was an Egyptian poet and essayist, who broke new grounds for women in the Arab world and inspired a generation of writers. El Alaily was born in 1907 in Mansoura, but moved to Cairo as a young woman at the start of her career. She began her career by contributing poems to the renowned Egyptian literary journal Apollo, and later became the only female member of the Apollo Society, a group of modernist writers and artists in Cairo. As a writer, El Alaily discussed philosophy, ethics, and roles of women in society. In 1936, she published Sada Ahlami (The Echo of My Dreams), which was the first of her three volumes of poetry, the second volume was Nabadat Sha’era (A Poet’s Pulse) in 1951, and the third and last was called Sada Eemany (The Echo of My Faith) in 1976. Below is an excerpt from Qalb Ghareeb (Stranger Heart) from El Alaily’s third collection.

O God, my heart is dreadful. How can I revive it?
Who can lull and calm down my heart?
The sound of arrogance is deafening my ear today,
I would have talked to it had I not had self-praise.
Strange my heart has become when in love.
Pure love it is, anyone to perceive?
I have become flabbergast at my ordeal,
I conceal none of my love fears.
I ask God to inspire me.
Do I have a living heart or should I lament its death?

Doria Shafik was an Egyptian feminist, poet, journalist, and political activist. She is famously known for challenging oppressive social and cultural barriers to women in the mid-1940s, and was particularly lauded for granting Egyptian women the right to vote. She was the editor-in-chief of Bint Al Nil (Daughter of the Nile, 1948) and La Femme Nouvelle (The Modern Woman, 1944). Through her many poetry collections, her words left a shadow of a soft, clever and imaginative spirit. Her poetry, in which she found solace, had a philosophical tone, and her freestyle writing tackled aspects of love, freedom, exploration, and activism.
“Coming across the work of Doria Shafik was transformative for my artist practice. The whole of her work — as a poet, a feminist and a mother,” said Sherine Guirguis, an Egyptian-American artist.

Solitude
Poetry!
In this desert,
where I am drowning
you open more than one way.
In this silence,
the horrible silence
that encircles me,
in the torment of my becoming
you permit me
to act!

Celine Axelos was a poet, public speaker, and woman who loved letters. She was born in Alexandria in 1902, and her interest in poetry was ignited because of her older brother, who died at the age of 22. Axelos wrote her poetry in French, and compiled them into two collections; Les Deux Chapelles (The Two Chapels) in 1943, which contains 61 poems, and Les Marches d’Ivoire (The Ivory Steps) in 1052, which has 101 poems.

Joyce Mansour was a Francophone-Egyptian poet, born into an Egyptian family which lived in the United Kingdom. Mansour moved to Cairo as a child, where she not only excelled in writing, but was also Egypt’s champion in the 100 meter race and high jump. She began writing poetry shortly after 1942, and published her first collection of poems, Cris (Screams) in 1953. Her poetry was ambivalent and had elements of Surrealism. Her poetry is said to have drawn inspiration from ancient civilizations and cultures, such as ancient Egypt, particularly how death is considered a transition to another reality. She was an avid supporter of the feminist movement, which was depicted in her poems about the female body.

Mansour’s poems are short and have no titles, a strategy that allows readers to enter the poems unarmed.

[From the collection Posthumes et divers (1991)]

Sabrina Mahfouz is a British-Egyptian poet, playwright, and screenwriter, born in 1984 and raised in between London and Cairo. Her most famous works are poetry book, ‘How You Might Know Me’ in 2016 (an exploration of four sex workers’ lives), which was named a Guardian Best Summer Read, and her anthology, ‘The Things I Would Tell You: British Muslim Women Write.’ Mahfouz has produced various bodies of work in an array of forms: she has written 18 plays since 2010, as well as a poetry collection, and contributions to more than 10 anthologies.

She started performing poetry in 2009 in East London. Her poems, where she makes use of rhyme schemes and prose rhymes, often resemble dramatic monologues that demand to be read aloud.