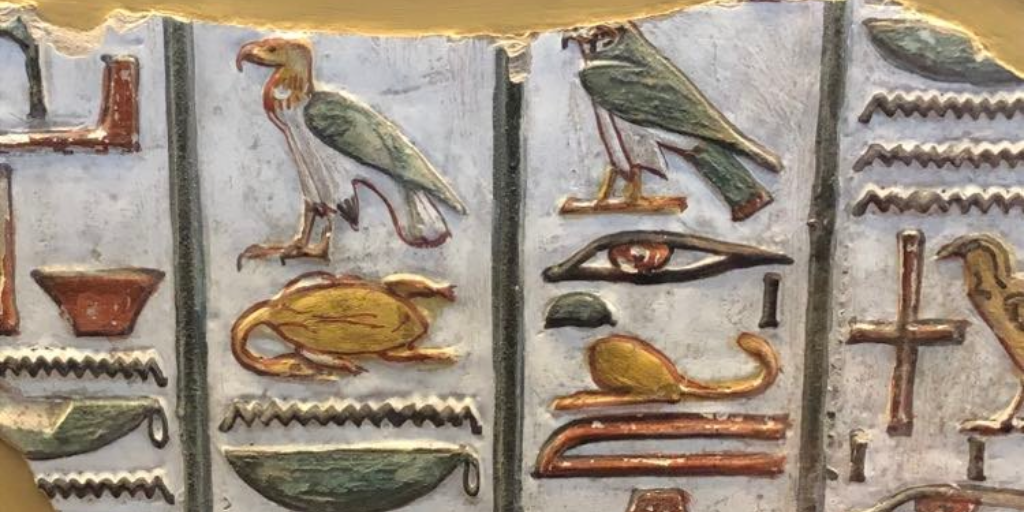 Did you know that many of the Egyptian colloquial words Egyptians use on a daily basis are not actually Arabic?

The Egyptian Arabic dialect is fundamentally Arabic, but with the influence of history and local populations, some of the peculiarities that set the Egyptian dialect apart come from the integration of ancient Egyptian, Greek and Coptic words and expressions. Surviving for thousands of years, many commonly used, modern-day Egyptian words and phrases can actually be traced back to the current dialect’s ancient predecessors.

Here are some examples of words Egyptians use, often not knowing their ancient origin, as per the books ‘From Pharaoh’s Lips’ (2003) by Ahmad Abdel-Hamid Youssef, and ‘Al Logha Al Masrreya Al Qadeema’ (Ancient Egyptian Language, 2012 ) by Abdelhaleem Nour El-din.

Often, in communication with infants or toddlers, broken down or simplified words are used to allow the news speakers to express themselves without too much difficulty. For example, umbu is the word commonly used by Egyptian children to express their thirst. The ancient Egyptian term simply means “from the water”.

When Egyptian parents try to help their crawling baby how to walk, they use the phrase “ta ta” derived from the ancient Egyptian word “ti ti”. Though Arabic became the primary language in Egypt, the Coptic language was initially still being used in everyday life for the majority of the population. The term “ti ti” was adopted by the Coptic language and modified to “ta ta”, which is used until today.

The word Mumm is an Egyptian slang word derived from the ancient Egyptian “my wnm”, which means ‘give to eat’. Many Egyptians, until this day, teach their babies to say “mumm” whenever they are hungry — as it is easy and quick to sound out.

Dahya tiwaddih al amendi (May a disaster send him to hell)

The Egyptian phrase “Dahya tiwaddih al amendi”, is originally ancient Egyptian. The word “amendi” is a Coptic word meaning “hell”, which was derived from the ancient Egyptian word “imntt”, meaning the ‘underworld’.

The word “Bikh!”, meaning “Boo!”, is often used in modern day Egypt to sneak up on someone and scare them. The term is an ancient Egyptian word “pa akh” meaning “demon” or “ spirit”.

The Egyptian phrase “Wahawy ya Wahaway iyuha” is part of a song Egyptians sing during the holy month of Ramadan. Families and young children swing their fanoos (lanterns) as they sing the lyrics to Wahawy ya Wahaway iyuha. The popular lyric is believed to be inspired from the ancient Egyptian word “wah” meaning ‘to put’ or ‘appear’, and “iyah” meaning “moon”. Thus, comprising the lyric “the moon has appeared” during the month of Ramadan, which is decided upon according to the lunar calendar in Islam.

The word “krkr” is used frequently in modern Egyptian day to describe someone who is laughing uncontrollably. The term is originally ancient Egyptian “ķrķr” and was adopted into modern day Egyptian society.

Gatek maw (May a lion fetch you)

The phrase “jak maw” or “gatek maw”, often switched depending on the region it is used in, essentially means “may a lion come to you”. The phrase is an Egyptian expression used as an insult. The ‘maw’ is based on a pun on the words “lion” and “mother”. The expression is often used by mothers bothered by their children.

Egyptian Streets Recommends: Our Team's Favourite Cairo Coffee Spots
‘People Have Been Very Friendly’: Spanish Couple Welcomed as They Paddle Down the Nile

‘People Have Been Very Friendly’: Spanish Couple Welcomed as They Paddle Down the Nile
Egyptian Streets Recommends: Our Team’s Favourite Cairo Coffee Spots