Al-Kawakeb: The Magazine that Birthed Celebrity Culture in Egypt 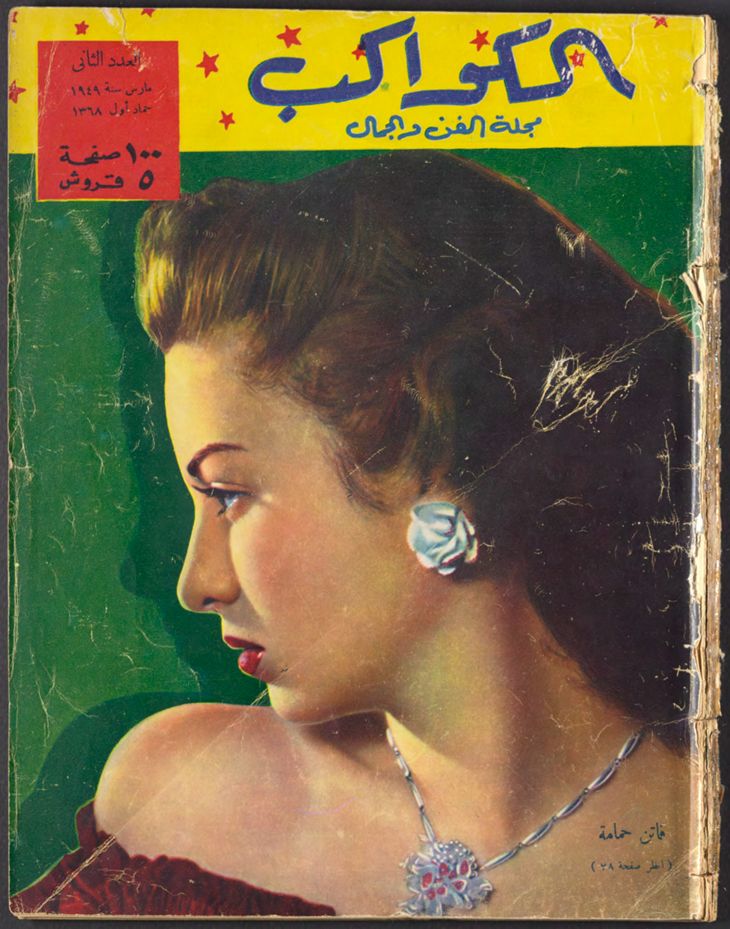 The magazine’s first issue was published on 28 March 1932 as a weekly magazine, focusing on movie reviews, celebrity interviews, and highlighting new rising celebrities. It introduced a new dimension to the Egyptian artistic scene, and created an archive of Egyptian cinematic and theatrical history.

Published by Dar al-Hilal, one of Egypt’s oldest publishing houses, Al-Kawakeb flourished without an editor-in-chief for 17 years until Egyptian author Fahim Naguib became the first to take on the role in 1949. It was later headed by prominent media figures in Egypt, including Mahmoud Saad, Ragaa al-Naqash, Raji Enayat. The magazine was a stepping stone for many stars in Egypt, as it introduced various artists such as Nagib al-Rihani, Serag Mounir, Youssef Wahbi, and Amina Rizk, helping them along their way to become legends of the silver screen.

Aside from featuring some of Egypt’s stellar megastars, the magazine also focused on addressing important social issues. During its first years, the magazine supported Egyptian cinema legend Zaki Talimate in his struggle of establishing an acting institute that enrolled girls, and also celebrated Zouzou Hamdi al-Hakim, who became the first woman to graduate from the institute.

Though the magazine established itself as a leader in the entertainment industry for nearly a decade, on 26 May 2022, a decision was made to merge al-Kawaekb, Tabibak el Khas (‘Your Personal Doctor’), which is a magazine focused on health and wellbeing, and Eve magazines altogether. The publications will soon be digitized: an end of an era.

Here are a few of al-Kawakeb covers that featured stellar stars.

Visiting a Hammam: Dipping into Egypt’s Disappearing Bathhouse Culture
Cymbals and a Triangle: a Harmonious Addition to Coptic Hymns

Cymbals and a Triangle: a Harmonious Addition to Coptic Hymns
Visiting a Hammam: Dipping into Egypt’s Disappearing Bathhouse Culture