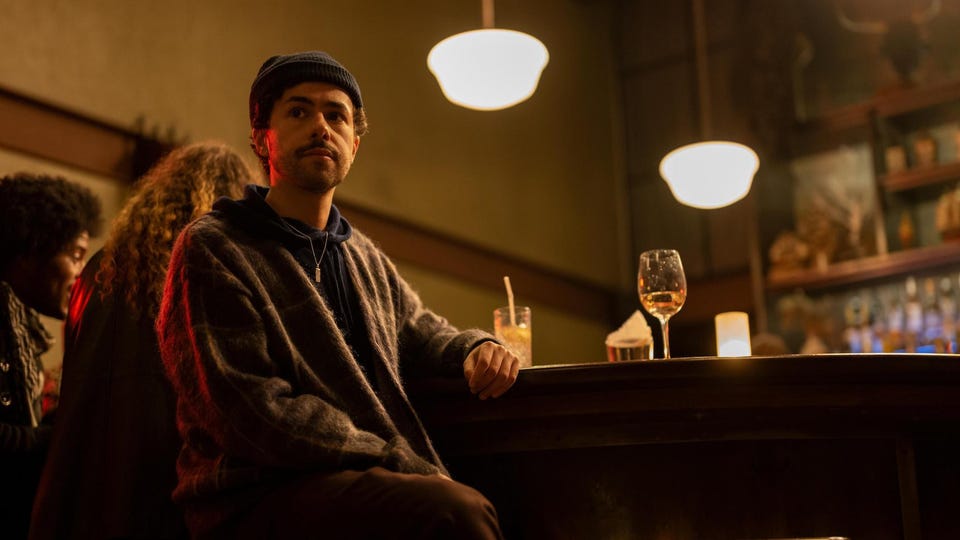 The critically acclaimed Hulu dramedy Ramy (2019) has never failed to tap into human emotion, and the third season is no different.

Premiering 30 September on Hulu and OSN +, the events pick up a year after season two’s finale, which ended with Ramy confessing to his then-wife Zainab that he cheated on her with his cousin Amani: a somber ending to a jam-packed season.

Although its titular main character Ramy, played by Ramy Youssef, manages to sink even deeper into murky waters and moral ambiguity, the show’s third season nontheless remains a humorous rollercoaster that stems from a place of deep, internal struggle.

Co-created by Ari Katche, Ryan Welch, and Ramy Youssef — who serves not only as its lead actor, but also its co-writer, show-runner, executive producer and occasional director — the show follows the life of Egyptian-American Ramy, a rudderless, sexually frustrated milennnial. As the product of first-generation Muslim immigrants in New Jersey, Ramy is an exploration of cultural faultlines and religious identity.

Ever since the award-winning Hulu series hit screens in 2019, Ramy has been an authentic lens for peering into Arab-American life, with an array of pressures: romance, sexuality, drugs, family, and career aspirations.

What makes the third season stand out from previous seasons is that it expanded focus to include not only Ramy’s triumphs, but the tribulations of his family as well. Throughout the 10-episodes, the show focuses more on his otherwise rebellious sister Dena, played by May Calamawy, who chafes under her parents’ paternalism. Dena is studying law, and refuses to be wed under the auspices of an arranged marriage. A a career-oriented, feminist, and vocal Arab woman, Dena is not an ideal daughter for her parents.

The season also delves into the internal struggles and dynamics between Ramy’s parents, his mother Maysa, played by Hiam Abbas, and his father Farouk, played by Amr Waked. This season, viewers get a closer look into the financial struggles that cripple Ramy’s family and cause tension between his mother and father.

This comes alongside a brilliant showcasing of Ramy’s Uncle Naseem, played by Laith Nakli, as he battles with internalized homophobia and struggles to come to terms with his sexuality.

Note: Stop reading here if you do not want any spoilers. The below discusses key plot points of the show, including elements of the final episode.

The story: Is it time we start rooting for the show’s anti-hero?

There is a wide array of emotions that arise when watching a show like Ramy. The show could be described as a ‘joyfully miserable comedy,’ because the characters bring both profundity and humor, which makes their struggles universal. Yes, Ramy is a strange concoction of laughs and tears – because Ramy is as real as it gets.

Ramy’s character will have viewers marinate in second-hand embarrassment, because how can a person be this devoid of self-awareness?

In the second episode, ‘Egyptian Cigarettes’, Ramy takes a business trip to Israel, where he congratulates a holocaust survivor. The contradiction arises when Ramy chastises his friend Ahmed for making an anti-semetic, ‘Lord of the Rings’ joke. “Don’t say that, dude,” he cautions, “It’s super offensive, that’d be like if someone shouted ‘Bin Laden’ at us.”

Ramy is deeply flawed, and ultimately makes a string of bad decisions that sometimes make the viewer want to physically stop him. But most people are flawed, and that’s where the brilliance of the show shines most.

Perhaps this is why Ramy is relatable to many, because it steps away from the ‘holier-than-thou’ main characters, and rather, spotlights an incredibly human person that we can only sometimes root for, but never always. His ongoing existential crises, his tripping balance of faith, and his complex family dynamics make him all the more relatable.

Dena, too, is a product of a family that favors their son over his rebellious sister, even though she is the more hardworking and reliable person in the family.

Dena goes to therapy, often a point of shame and contention in Arab households. When her psychiatrist blatantly informs her that her mother is potentially emotionally abusive, Dena replies “I thought we were just Arab,” a five word sentence that bears great insight to Arabs universally. The sentence, however, boxes Arabs in as people who are naturally abusive.

Although season three ends on a hopeful note, with a potential redemption arc for Ramy, it leaves viewers with significant, unanswered questions. Will Ramy finally stop being resistant to change and growth? Will his spiritual turn make up for the past’s selfishness and irresponsibility?

While all these plotlines and questions are left unanswered, they do leave viewers waiting for a fourth season of this award-winning dramedy.

This season also featured supermodel Bella Hadid, who made her acting debut as Lena, a new girlfriend of Ramy’s best friend Steve, played by Steve Way. Hadid’s portrayal of Lena is no other than one of the many ‘cringe-meets-comedy’ plotlines in the show, where she appears as a deeply obsessed fan of the television show, The Office.

Hadid’s incorporation in this season has been met with a lot of praise from the fans of the show, taking their approval to Twitter “Bella Hadid in Ramy is everything,” and “Bella hadid in Ramy… I will protect her at all costs.” Her wide appeal may contribute to expanding Ramy’s audience.

However, Hadid’s brief cameo may have had more impact, had it been expanded, , while other parts of the season dragged on for too long, which could have been cut shorter to make room for answering plot holes.

A show like Ramy – which has the potential of being watched globally – is the perfect chance for its creators to incorporate as much Arab and Egyptian music, as well.

While the third season did feature hits from the past, such as Egyptian singer Farid al-Attrash’s Alby w Moftaho (1961) in episode two and Algerian singer Warda’s Gawabati (1997) in episode five, there was a lot of room to feature some of the recent hits from mega-stars in Egypt, such as Wegz, Marwan Moussa, and Double Zuksh.

For its Egyptian audience, there were two pleasant surprise cameos by Egyptian actor Khaled Abou El Naga and comedian and writer Bassem Youssef, which added more familiarity to the show.

Ramy, similar to Mo, a Netflix series played by Mohamed Amer ‘Mo’ – who also appears as Ramy’s best friend in the show – does a remarkable job at accenting the specific and highlighting the universal. It’s a story of struggle, family dynamics, and trying to claim a place in the world.

Overall, this season of Ramy was chaotic by all means – in a good way.

With a Palestine-Israel plotline, a Bella Hadidi cameo, and a scene featuring Zooba ( Egyptian restaurant that opened in New York’s city Lower East Side), the show managed to present varying meaningful messages. It underlined themes such as friendship, therapy, abortion, and homosexuality – this season is nothing but cathartic.

Yet, despite all the hard-hitting issues it brings to the table, the show remains sharply humorous – Halal comedy at its best.