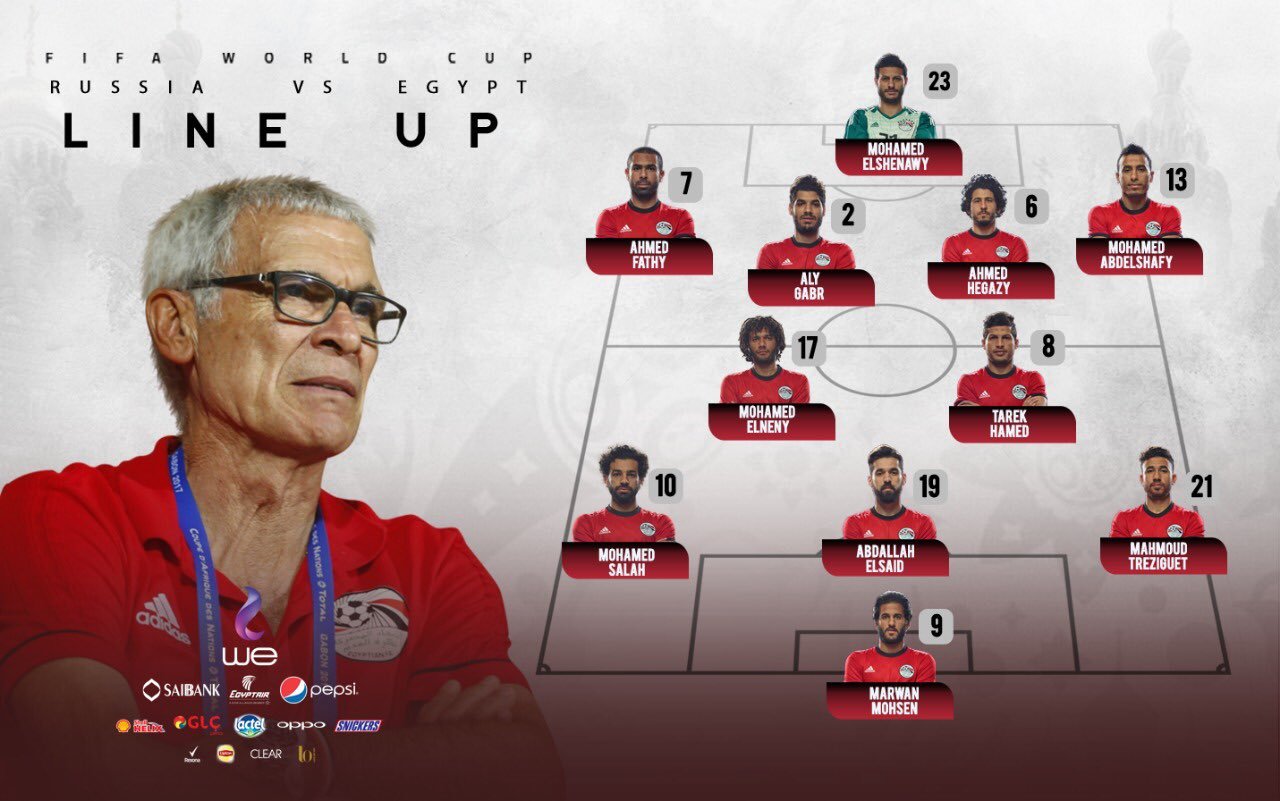 It was announced on Tuesday 19 June 2018 that the ‘Egyptian King’ Mohamed Salah will be in Egypt’s starting XI for their game against Russia in Saint Petersburg stadium.

The Liverpool star is set to play his first match following an shoulder injury inflicted upon him by Sergio Ramos during the UEFA Champions League final against Real Madrid.

This is Egypt’s second game in the 2018 World Cup after a tense match in which it lost 1-0 to Uruguay.

The players who are among the starting XI are the following:

The players who will be substitutes are: