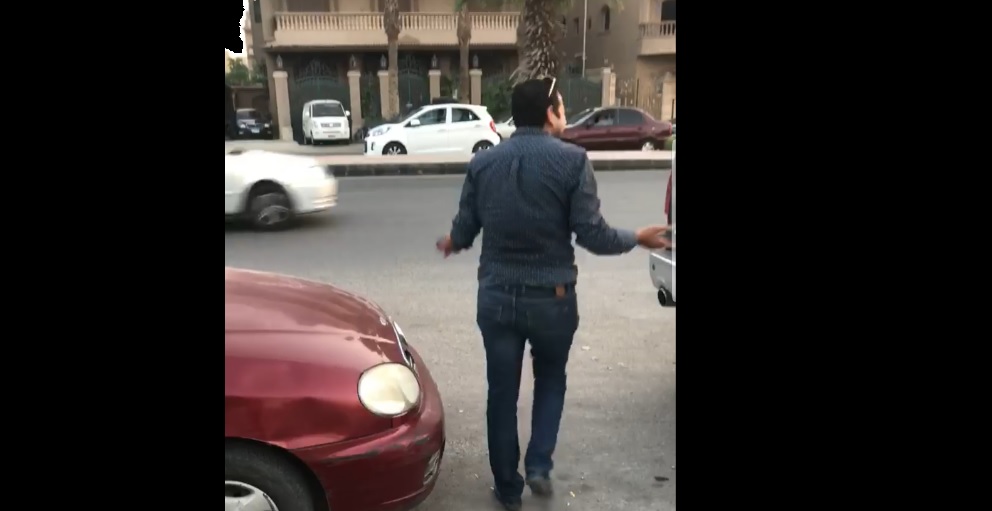 An Egyptian woman was harassed in broad daylight in Cairo’s Fifth Settlement on 15 August 2018.

The woman was minding her own business, waiting for a bus outside On the Run cafe.

The harasser circled the woman with his car three times, making remarks that made her feel uncomfortable each time. She felt worried and entered a nearby supermarket, hoping the man would have left by the time she went outside again to catch her bus.

Instead, she saw the man drive up again and park his car. She pulled out her phone and started to record the interaction.

“I figured we should drink coffee rather than you just standing here on the street,” says the man with a smile.

“Over there is On the Run. Let’s drink coffee at On the Run?” asks the man, mixing Arabic words with English (‘teegy neshrab coffee fe On the Run?‘)?

The woman’s Facebook status expressed her surprise that she had been harassed in Fifth Settlement, which is known for being a ‘high-end’ suburban district.

Over the next 24 hours, the woman would find herself mocked mercilessly online until she was forced to delete her Facebook account.

The video quickly became the top trending story in Egypt, with thousands of Egyptians debating whether the man’s actions amounted to sexual harassment.

Most of the people defending the man failed to read comments by the woman explaining that the man had been stalking her for a while and that she only started recording later on. The woman was attacked and criticized almost as much as the man was online, and she was forced to release another video where she fully explains what happened, before she deleted her Facebook account.

Some users also questioned why the act of approaching a woman in the streets was deemed controversial seeing as the practice was commonly done in the West and in Europe, failing to realize that a majority of men who approach women in the streets in Egypt do so in the intention of harassing.

Many social media users also took to fishing out private photos of the woman from her profile in order to question what she had been wearing at the moment of the harassment and to make conclusions on her ‘morals’ based on her clothing choice.

Some people didn’t criticize the man for the sexual harassment or the woman for uploading the video. Instead, they just mocked the man’s use of English and Arabic in a sentence. “Teegy neshrab coffee?” quickly became a trending phrase in Egypt, with hundreds of comments making fun of both the man and the woman.

Even brands have capitalized on the mockery of sexual harassment. Dunkin’ Donuts in Egypt posted a photograph on Facebook alluding to the incident with the caption “Teegy neshrab coffee at DD?” (‘Let’s drink coffee at DD?’). 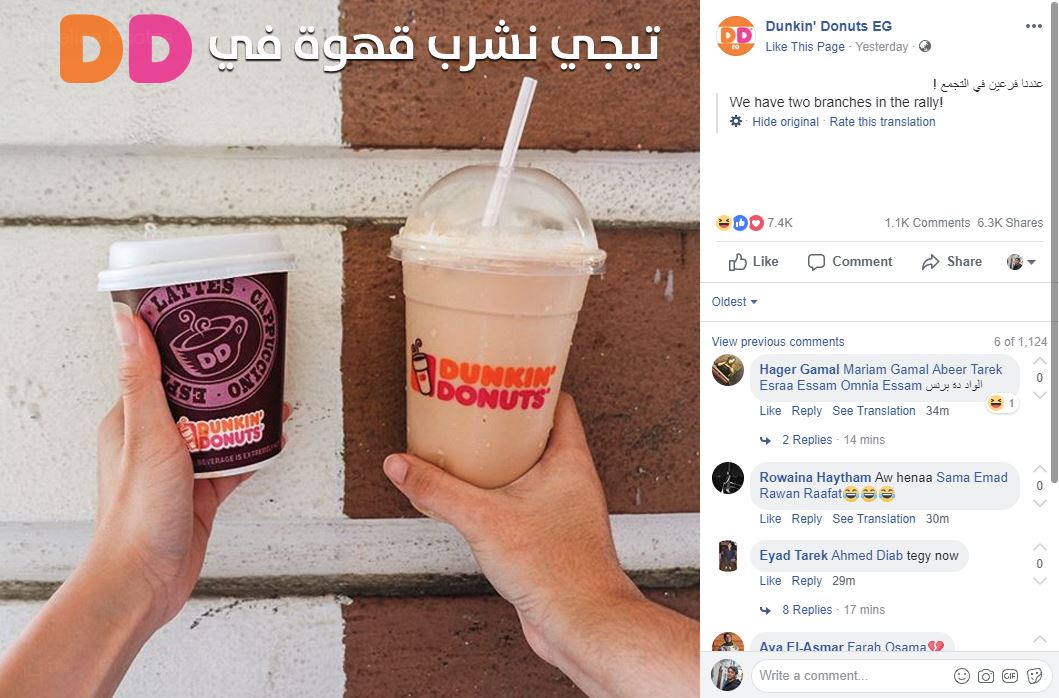 The post has more than 7,000 likes and 1,000 comments, with almost all comments finding it funny. Some Facebook users have even praised the man.

Instead of condemnation, we have jokes. Instead of support for the woman or condemnation for the man’s actions, both individuals have been turned into memes. The woman’s name is Menna Gubran, and she is not a meme.

No Country for Any Woman: On Living in a Male-Dominated Public Space
Beyond the Niqab: Liberal Muslims Stand Against Freedom of Religion

Beyond the Niqab: Liberal Muslims Stand Against Freedom of Religion
No Country for Any Woman: On Living in a Male-Dominated Public Space