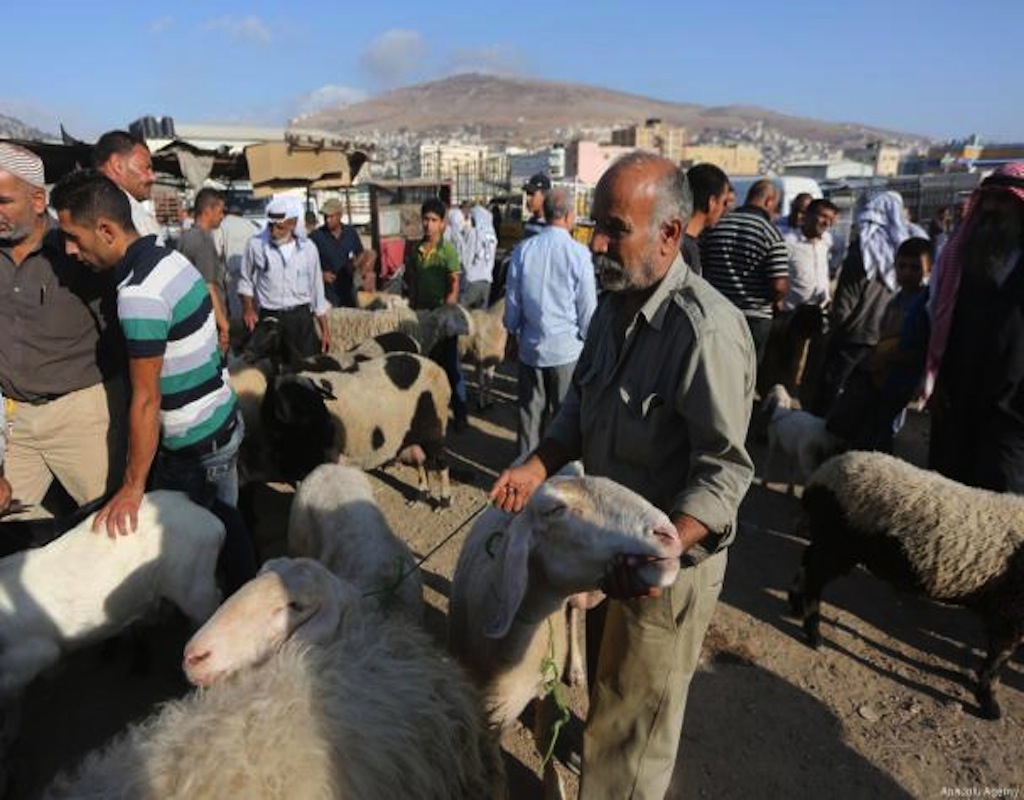 We come again to that time of the year when the streets of Egypt are filled with two very contrasting images. On one side, you see youth, freedom and joy – the colorful kites and balloons in the air pushing away the polluting smoke and the eagerly excited little kids dressed in their new Eid outfits. Yet on the other side, there is the gruesome image of death, blood, and animal cruelty. One cannot help but ask: what exactly does Eid Al Adha mean for Muslims?

What many seem to forget is that, according to the Islamic faith, the ritual of animal slaughter is not about blood atonement or seeking God through another’s death, but it is about the principle of personal sacrifice of sharing one’s possessions with other human beings and thanking God for these possessions. That is, the ritual itself is not the sacrifice, nor does it have to be the only form of sacrifice.

As clearly explained in this verse: ‘It is neither their meat nor their blood that reaches Allah, but it is piety from you that reaches Him’ (22:37).

In pre-Islamic Arabia, there were many practices of killing another soul to please an ‘angry God’ and to rinse off one’s sins. The idea that a person’s sins will be removed through the blood or death of another, however, is nowhere mentioned in the Quran. Instead, it is about the personal willingness to freely submit to God and to distribute His possessions with those who are unfortunate or who are close to us.

In the Quran, animals are described as creations that live exactly as humans do, “There is not an animal that lives on the earth, nor a being that flies on its wings, but they form communities like you. Nothing have We omitted from the Book, and they all shall be gathered to their Lord in the end,” (24:41).

There are many hadiths as well that stress on the importance of treating animals with kindness by the Prophet (PBUH), with one stating that “whoever is merciful even to a sparrow, Allah will be merciful to him on the Day of Judgment,” as noted by Abu Umama, the prophet’s companion.

While animal meat could be used as a means of survival in a specific time period or place, it does not mean that this should be the case in all times. Islam broadens the space for humans to pick their ways of survival, as in some contexts, some communities only had access to fish or other foods that do not necessarily have to be meat

Radwa Saad, an ex vegetarian, noted that, “if you look at the history of Islam, slaughtering an animal was done on rare occasions. People did not eat meat everyday and when they did, it was often a communal and festive occasion. Nowadays, we have been trained to believe that we need meat in every meal, everyday. I have come to grow fond of Mark Zuckerberg’s approach to meat-eating: only eat the meat you slaughter yourself. If more people followed that process, they would definitely eat less meat.”

It is significant to also remember that Islam is built on the principle of moderation, as Saad adds, and as such, it paid important attention in setting clear guidelines to animal slaughter. For instance, the knife ought to be sharp, the kill should be quick, no killing in front of another animal and even water should be given to the animal beforehand. The German Constitutional court, after permitting the dhabiha, cited a 1978 study by Wilhem Schulze that stated that such a method should be painless for sheep and calves due to the quick loss of blood pressure.

Such ethics, however, are often ignored in Egypt and many other places in the world. The values, the principles, and the more in depth elements of a religion did not coincide with the rapid developments of decolonization, and so instead, it is now about the technique, the image, and the end. The means to reach that end is no longer in the picture

Wessam Samy, a 24 year old vegetarian, stated that choosing to not eat meat does not stop her from celebrating like other Muslims. “Eid is not about the food for me,” she said, “It’s about praying, the family gatherings, buying new clothes. Not eating meat has nothing to do with my spiritual relationship with God. I just don’t like the torture animals go through.”

Lama El Azrak, a student in Canada and also a vegetarian, shared her view that the idea of sharing the food with other individuals should be the main principle, and it could counteract the over-consumption and cruelty done to animals.

Animal slaughter during Eid Al Adha, therefore, is not what makes one a Muslim, but it is the simple act of piety and devotion to God. It is not just a celebration, but a reminder that things that are essential for our survival should not be taken for granted, but should be cherished and shared.

"Congratulations, You Are Now A Woman," But Don't Let Anyone Know
No Country for Any Woman: On Living in a Male-Dominated Public Space

No Country for Any Woman: On Living in a Male-Dominated Public Space
“Congratulations, You Are Now A Woman,” But Don’t Let Anyone Know