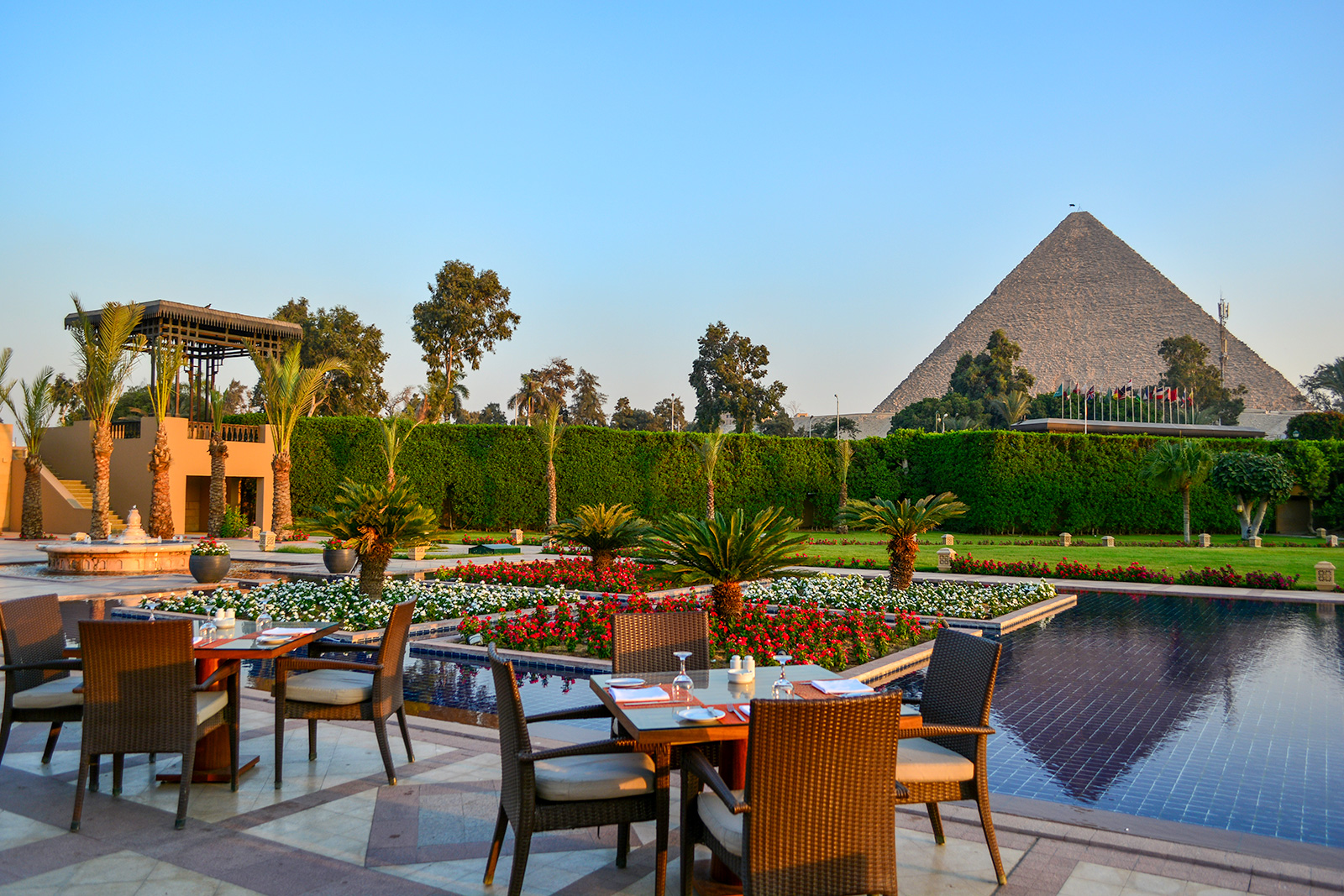 The end of the summer vacation may be just around the corner, but it is never too late to make this year more memorable, as TIME magazine revealed its list of 2018’s World’s Greatest Places.

In its list of best places to stay in the world, Cairo’s iconic Marriot Mena House was included, next to other breathtaking places such as the Hotel de Crillon in Paris and the Conrad Maldives Rangali Island hotel in the Maldives.

“Hotels often boast of sea or city views,” TIME said on its website.

“But this one overlooks a Wonder of the World: the Great Pyramid of Giza.”

Indeed, the view of its magical palm trees next to the enchanting pyramids attracted many famous visitors like Frank Sinatra, Charlie Chaplin and Winston Churchill.

The hotel’s strategic location also hosted Australian troops during both World War I and World War II, and the first peace settlement talks between Egypt and Israel in 1977 (which led to the Camp David Agreement).

Originally built as a hunting lodge, the hotel has undergone many renovations over the past few years, with the latest one just completed this February. It now offers 331 suites, four dining areas, an 18-hole golf course, 40 acres of gardens and a spa.

Other Arab destinations were also included in TIME’s list to visit, including Abu Dhabi’s Louvre, the King Abdulaziz Center for World Culture in Saudi Arabia and Morocco’s 14th century Al-Qaraqiyyin Library in Fez.

To create the list, TIME asked for nominations from editors, correspondents and industry experts around the world, and then evaluated each destination based on quality, originality, innovation, sustainability and influence.