Where Do We Go From Here? Post Revolutionary Art in Egypt

Henry H.C. Woo
Where Do We Go From Here? Post Revolutionary Art in Egypt 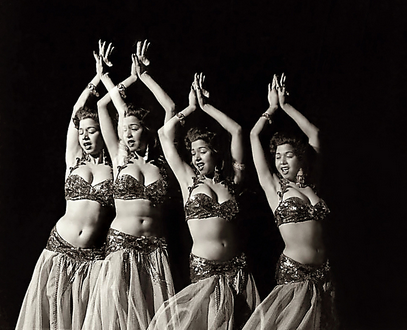 The social and political movements in 2011 have awakened and inspired a new generation of graffiti and fine artists in Egypt. Artists, and their creative content have become bolder, more diverse, and confident.

New platforms and galleries such as Darb 1718’s, Biennial initiative “Something Else”, Cairo Photo Week and Ubuntu art gallery, have also emerged as a result of this impetus. Paradoxically, the contemporary market is suffering.

After talking to a number of the most well known art markets movers and shakers, for example owners and managers at Al Masar gallery, Karim Francis gallery, Zamalek art gallery, Gymsum, Safar Khan, Artsmart and Khan Elmag for the past nine months, it appears that sales are plummeting, exhibitions are not well attended and future prospects seem gloomy for newer, emerging galleries.

Some might even say that the Cairo art market has lost its ‘mojo’ as, the way it currently stands, it is suffering of a lack of dynamism and excitement.

Collectors who used to buy countless paintings before 2011 are buying much less or not at all.

The older collectors have less demand for art work, while the younger collectors’ buying power is not catching up fast enough to fill the market void. This is a common issue with art markets across the globe as baby boomers are retiring year after year, and Egypt is not immune to this phenomenon.

Many in the art world realize this. The Egyptian artists, the curators, museum directors, critics, and writers are all hoping there is a way to revitalize the art scene. Samir Fouad is one of them.

Fouad, one of the most respected painters in Egypt, went to visit his daughters in London last month.

While waiting at Heathrow airport for his return flight to Cairo, classical music conductor Nader Abbassi was sitting nearby within earshot distance.

Fouad couldn’t help but listen in on the conversation that Mr. Abbassi was carrying out with his traveling companions: they were talking about the importance of projecting Egypt’s soft power and image beyond its borders.

The gentlemen agreed that promoting Egyptian music and art abroad was not just a matter of cultural diplomacy and sharing locally-made art with world but also a matter of survival.

By and of Egypt: Fouad’s Identity Art

An unassuming, turn-of-the-century building, away from the affluent, tree lined shopping streets of Heliopolis, hides the artist studio of one of the greatest contemporary Egyptian artists alive.

The Egyptian artist offers me choices of coffee, tea and cold water as I sit down in his vintage French chair. We spend time talking about everything but art. Mr. Samir has diverse experiences, is wise, generous and has a great sense of humor.

Fouad is one of a handful of living artist granted a solo exhibition privilege at the Ofok gallery, Mahmoud Khalil Museum, earlier this year where he presented over 50 works from 2002-2016. Egypt’s Ministry of Culture recognized Mr. Samir as a living treasure of Egyptian art and culture during one of the Ministry’s honoring events.

Fouad initially gained a reputation for his talented watercolor work back in the 1990s. His choice of artistic style has since evolved but his sensuality, passion and whimsical energy remained and were further distilled.

The artist’s work can be seen at two group exhibitions currently at Picasso gallery and Ubuntu art gallery.

His most sought-after paintings often depict female dancers and children playing on swings. Collectors enjoy that Mr. Samir brings them back to a time when they were younger. His works reflects ‘a simpler time’, that all Egyptians often yearn for and relate to.

Taking in his work, one wonders at the sight of the ‘Egyptian’ first times: happy aunts belly dancing to old Egyptian pop at birth day parties, coming of age occasions, Eid, neighborhood mouleds and iftar with family.

Perhaps his paintings exude a certain nostalgia when portraying Samia Gamal and Taheyya Kariokka in black and white old movies like “Watch Out for Zouzou” and “Habib Al-‘Oumr”? 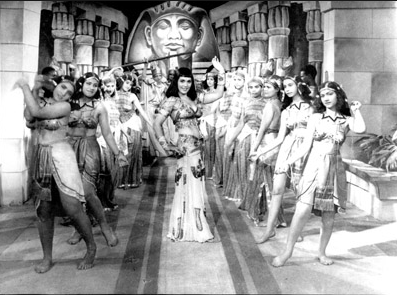 Samir Fouad talks about this Egyptian affinity, as a lineage and bloodline of some sort, that connects all Egyptians in the world, into one single entity.

Collectors enjoy Hassan Soliman, Mahmoud Said, Gazbia Sirry, and his work precisely because they are attracted to this unifying pull, a “true Egyptian character”.

A London-based Egyptian collector Mr. Metwally recently told the artist: “I have only been taking up British and Belgian paintings, but as I grew older I learned to appreciate Egyptian artists more, and I am especially proud to show my Egyptian heritage to my house guests”.

When one thinks of Egypt, it is easy to recognize that although the country does home a number of talented artists, it is not considered an important art capital.

‘’Egyptian contemporary art, music and film are multi-dimensional, with great artisanal background, and rich historical and cultural heritage to draw inspiration and context from. Egypt, due to its geographic location, has always brought together Africa, Middle East, Europe and Asia. We should use that to our advantage and organize a good Art Fair,’’ he adds, explaining that the initiative would require collaboration between the Ministry of Culture, Ministry of Tourism and Ministry of Investment, to attract art lovers, collectors and creatives to come see and experience Egypt firsthand.

”We have pyramids, temples, the beautiful river Nile,  artifacts and architecture. Foreigners don’t need additional reasons to visit Cairo but let our “Art Cairo” be the most electrifying one yet. Artists, galleries, museums and the media all need to work together with the Ministry of Culture, Ministry of Tourism and Ministry of Investment, to attract art lovers, collectors and creatives to come see and experience Egypt firsthand.

Art critics often describe Mr. Samir’s work as ephemeral, dream-like, moving, playing tricks with your eyes, or even spiritual. On the canvas, the color pallet seems to be dancing, vibrating toward an invisible gravitational force field, all singing in harmony in an inaudible symphony orchestrated by an artist-conductor.

I call it a graphical illustration of “quantum physics” principles at work. More popular known as the Schrodinger’s cat paradox, which theorizes that according to prevailing quantum mechanics, a cat can actually be both exist or not exist at the same time. Nonetheless, one doesn’t need to be a theoretical physicist to appreciate the beauty of Samir Fouad’s art work.

Fouad’s transient, elusive visual effect is due to his training in the use of water color earlier in his career. As he expanded his medium into oil paint, he inherited watercolor brush stroke technique which have proved to be popular among those who view his work.