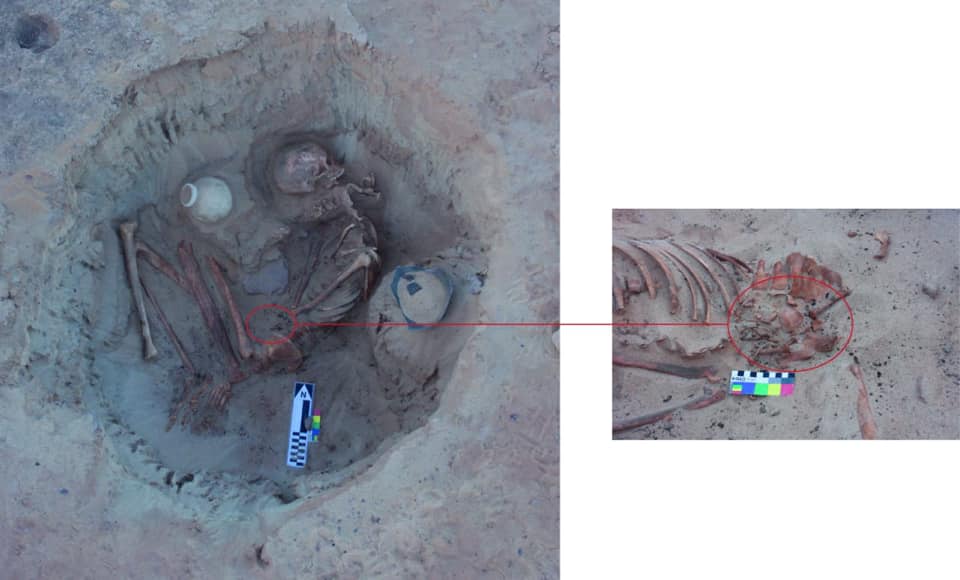 According to an official statement by Egypt’s Ministry of Antiquities, an Italian-American mission working in the Aswan-Kom Ombo project in Aswan has uncovered the grave of a woman and her
fetus, whose remains were still in her stomach, in a grave pit.

The find, which dates back to more than 3500 years ago, was announced by General Secretary of the Supreme Council of Antiquities, Dr Mostafa Waziri on Wednesday.

Waziri stated that the casi-intact grave was found within the rest of a small cemetery. The latter had been used by nomadic people who moved to Egypt from the desert hinterland of its southern neighbour, Nubia, during the Second Intermediate Period (c. 1750-1550 BCE).

Studies have revealed that the woman was about 25 years old at the time of her death and that she had been close to her due date.

Waziri added that the baby’s skeleton was found in his mother pelvic area; the fetus had already settled in a ‘head-down’ position, hinting to the possibility that both mother and child may have died during childbirth. Although the process of labour was near, preliminary analysis of the mother’s remains has revealed a misalignment in the woman’s pelvis, most likely the result of a fracture that had healed incorrectly.

It is possible that this abnormality had caused problems during labour leading to the pair’s premature death. 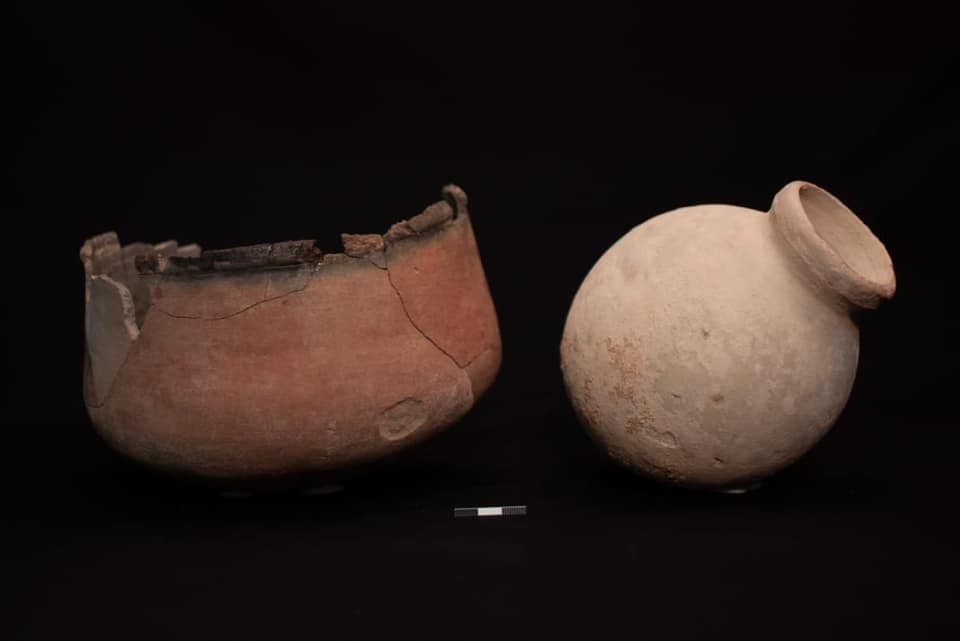 The mother’s skeleton was resting in a contracted position and was wrapped in a leather shroud.

Two pottery vessels accompanied her in her grave as if to accompany her on her journey to the afterlife: one was a small Egyptian jar, worn down by years of use; the other was a fine bowl with a red polished surface and black interior. The latter was an item that was commonly produced by these nomadic communities following a Nubian style.

Dr. Waziri mentioned that the mission was also found an unexpected offering in the grave, consisting of many unfinished ostrich eggshell beads and blank fragments. Although the significance of the offering is not clearly understood scholars  theorize that the woman could have been regarded as a beadmaker; thus, her family placed unworked material in the woman’s grave to honour her memory.

Deaths caused by pregnancy and labour difficulties in ancient Egypt were a common occurrence. As such, the ancient Egyptians invoked the protection of female deities, namely Hathor, Taweret and Bes.

Many children did not outlive the labour process. A such, pregnancies and birthing were considered risky moments in which ‘magic’ and ‘deity protection’ were needed.