This travel writing piece participated in the 2018 Travel Writing Competition which was done in collaboration with Travel Garage, Egypt‘s must-go to online store for purchasing adventure and travel goodies.

Wow! I marveled to myself as we walked slowly towards the magnificent structure before us.

My lifelong dream was coming true: I was visiting the pyramid field in Dashur, Egypt, and paying homage to one of the biggest pyramid builders of the time, Sneferu (2013-2059 BC).

It was exciting enough just to visit the Red and Bent Pyramids, let alone the fact that the pharaoh who has built them was the father of Khufu, the builder of the great Pyramid of Giza. 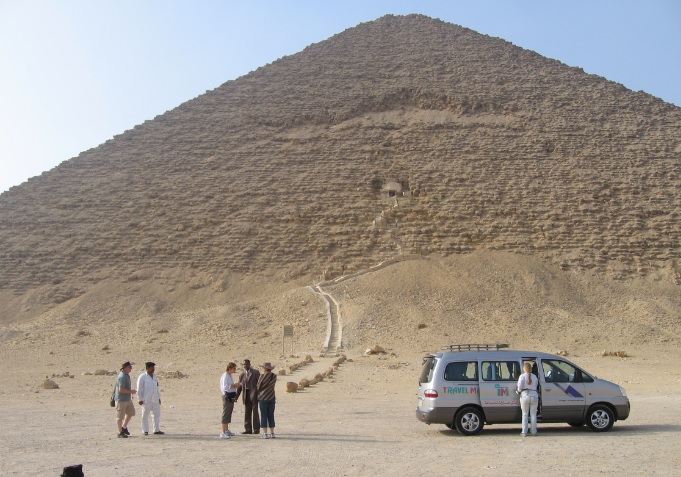 Five travelling companions had hired a mini bus and driver for the day, to grace this remarkable place with their presence. On our list was Dashur, Memphis and, of course, the Step Pyramid at Saqqara, the oldest stone building in existence.

At the entry point, we were assigned our own escort. Dressed in a nicely pressed suit and immaculate shoes, he cut a very dashing figure in the harsh desert landscape. It would appear we were to have an armed guard for this mission, one that we were more than happy to have.

I will never forget  watching the remarkable Pyramid materialise in front of us as we slowly approached; our driver obviously knew the effect this scene would have on us. It was very special and truly breathtaking, being all the better for the fact we were the only tourists here. Watching the red Pyramid materialise before me is a vision that will stay with me forever.

Adding to our excitement was the fact we were granted permission to enter the Pyramid. We were offered a tour complete with a small torch wielded by the caretaker. What cemented our decision to explore was the back-up of our companion’s pen light, dangling tantalizingly from her key-chain and ready for action. 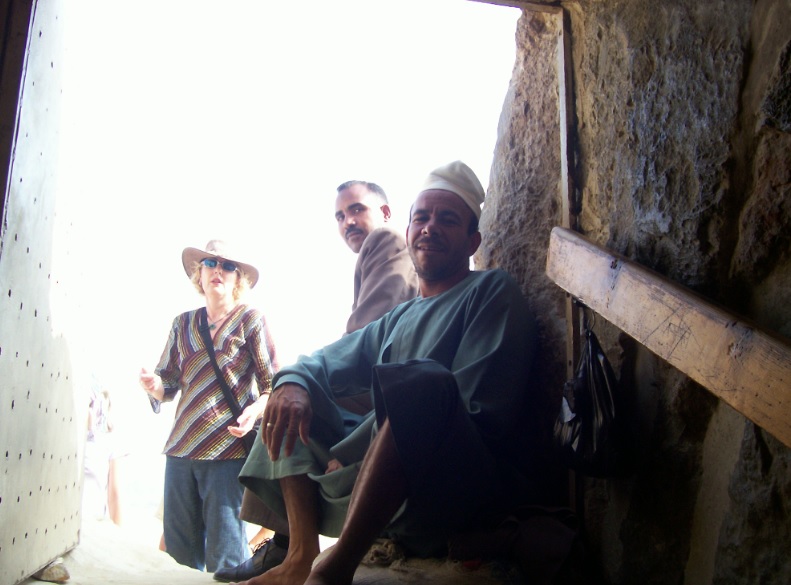 Upon entering, we were greeted with a passageway, complete with a steep descent that seemed to stretch, according my overloaded eyeballs, into eternity.

‘Here we go,’ I thought as we made our slow and careful way down the steep wooden ramp.

Following this, we had to walk stooped and crab-like through a short low passage, until we reached our ultimate goal: the first of three chambers. I will never forget my first impression of the interior as I stood in absolute awe and gazed around, all the while breathing in its marvelous ancient smells.

”Come!” Our torch wielding guide beckoned toward a sturdy set of wooden steps. We clambered up two flights to a platform, where we were instructed to gaze at all that lay below us. The view from the platform was wondrous. Being the only people within, and being able to stand and gaze down into the bowels of this massive monolith, was in itself a highlight.

Halfway through our descent, our ghost-like and concentrating party was accosted with the ominous sounds of someone slipping. “Who’s that? Who’s fallen? What’s going on” we chorused in unison. Our travel companion quickly informed us that all was well, not to worry, it was just a small slip.

Feeling reassured, we were celebrating her near-miss as we reconvened in the chamber when we were suddenly and completely engulfed in darkness. Our robe-cladded guide’s torch had promptly extinguished, leaving us standing in near darkness.  It was time for our back-up plan to swing into action; our companion’s trusty penlight, thankfully with us, saved the day. 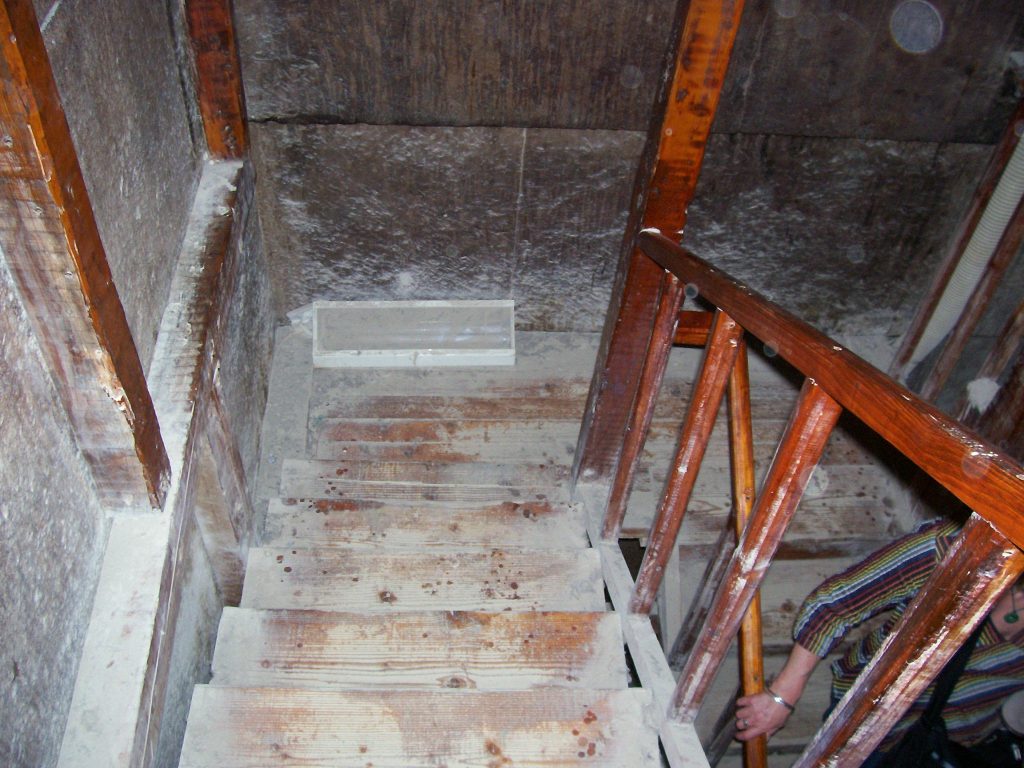 At this moment, a member of our party took a photo. Flash! The chamber lit up like Las Vegas, giving us the idea of using the camera flash, as well as our friends pen-light, to find our way out.

This was our ticket on getting to the passageway which led to the exit chamber and the long climb out.
Congregating in a huddle, travel companion bringing up the rear, camera in hand, hovering above our heads, I laughingly yelled, “Ok, now!” Click went the camera, its flash totally illuminating the chamber.

In the aftermath, we managed to ascertain where the shaft exit was, and like a gaggle of flamingos (you know, legs moving but body stationary), we shuffled toward our destination.

Setting ourselves up again, “Ok, now!” we bellowed. Click and off we shuffled again. I will never forget the look of glee on our travel companions face as he merrily clicked away. There were a few more of the “Ok, now’s” click shuffles before we found ourselves where we needed to be, using the backup light, to make our great escape.

I have never had so much fun in my life. 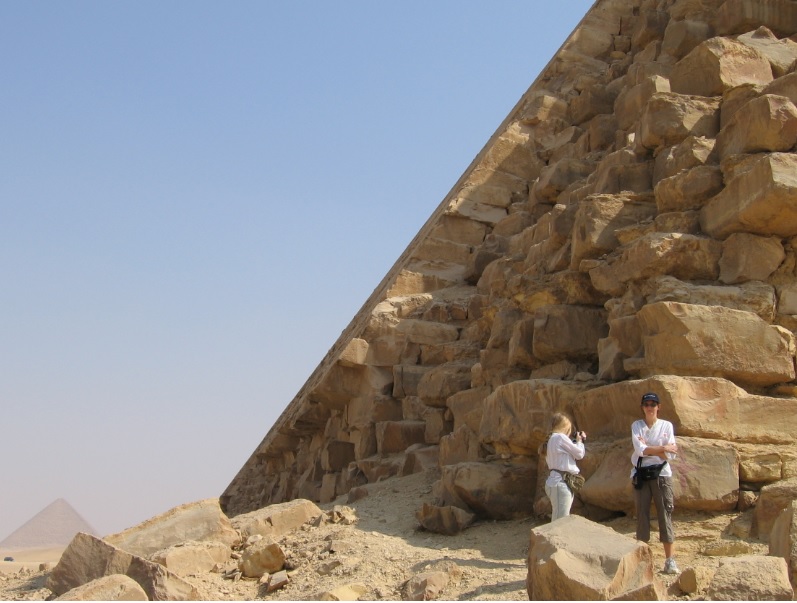 Were we scared in this situation? Of course not. We knew full well nothing was going to happen. If it came down to it, the Pyramid’s caretaker would have found a light and got us out safely. There was no way he would have allowed anything to happen to his charges. I loved the fact he was prepared to stand back, let us have the time of our lives, all the while making sure we got out safely.

Our next stop was the Bent Pyramid which resides a short distance on the same plateau. Considered to be one of the first Pyramid’s to be built, it is thought that, as it began to rise, it became unstable, so it had to be completed at a shallower slope.

We spent a great deal of time exploring this most unusual-shaped structure. I sneaked away from the group and sat off to the side by myself, drinking in the history and enjoying the fact I was surrounded by a Pyramid dating back to the Middle Kingdom.

I felt very blessed in that moment to have the opportunity to explore this fascinating plateau with my friends, while being looked after by our Egyptian escort as well as the lovely tourist police and pyramid caretakers.

They are memories that will live with me forever.

Most Popular Videos of 2018: World's Tallest Man and Shortest Woman Visit Egypt
Five Traveller Tips to Stay on the Right Side of Egyptian Law 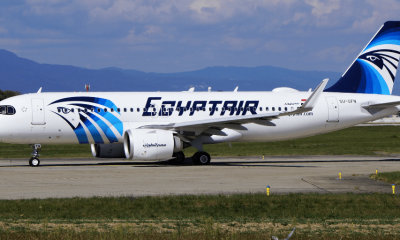 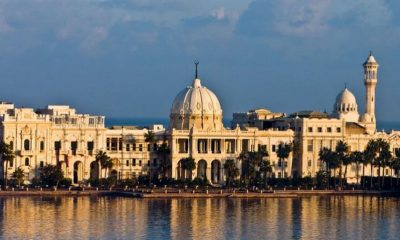 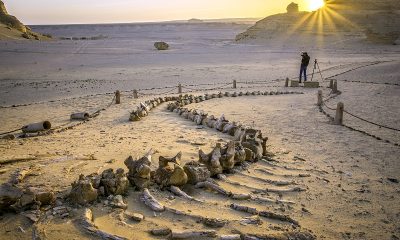 Five Traveller Tips to Stay on the Right Side of Egyptian Law
Most Popular Videos of 2018: World’s Tallest Man and Shortest Woman Visit Egypt