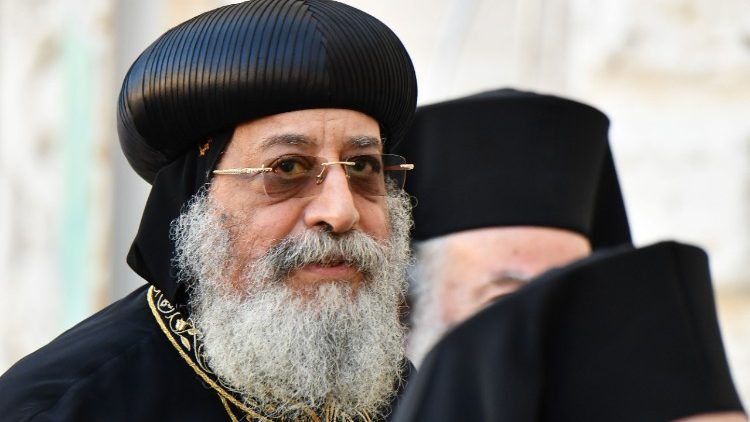 Officials revealed that two ex-Coptic Christian monks,  Isaiah El-Maqary and Faltaous El-Makary, who killed the head of their desert monastery last year were sentenced to death.

In July 2018, Bishop Epiphanius, head of Anba Makar Monastery (Saint Macarius the Great) near Wadi el-Natroun, was found dead “in a pool of blood in his room, with fractures to his skull, as if he had been struck with a instrument, and injuries to his back.”

In February, Damanhour Criminal Court issued preliminary death sentences to two monks before the ruling was passed over to the country’s grand mufti for his non-binding opinion as required by Egyptian law.

“The defendants were led by the devil to the path of evil and vice,” Judge Gamal Toson of the Damanhour court said in his ruling in February.

The accused monk, Isaiah al-Makari, was defrocked by the church days later and arrested by Egyptian authorities.

The church released a statement that the monk was investigated even before the murder and that he was committing “inappropriate actions which violate monastic behavior and way of life.”

The issue escalated as a second monk, Faltaous al-Makary, attempted to kill himself by cutting his arteries and throwing himself from the roof a monastery building before Isaiah al-Makar confessed that both were involved in the murder of the bishop.

The murder led to new reforms in Egypt’s Coptic Church, as Pope Tawadros II put a ban on monks leaving monastery grounds without permission and restrictions on monks’ use of social networks and media appearances.