Inspired by the River: A Diverse Selection of Films Featuring the Nile

Egyptian Streets
Inspired by the River: A Diverse Selection of Films Featuring the Nile

The 6,650 kilometer-long Nile that flows northwards through Egypt towards the Mediterranean is not only Egypt’s primary source of water and therefore of economic and political importance, it also continues to represent a popular subject in art, ranging from literature, paintings, songs to films.

When it comes to film and TV representations of the Nile, the river has received relatively frequent attention, especially in the documentary genre of the historical or geographical type, just as it has served as a popular backdrop for many Western, notably earlier Hollywood fiction films, where it has captured the imagination of directors wanting to portray an exotic ‘foreign land’.

A number of prominent Egyptian films also feature the Nile, testament to the fact that the river forms an indispensable part of Egyptian culture and society, past and present.

The following are a diverse selection of films that in different ways document this beautiful part of Egyptian landscape.

The Nile in Egyptian Cinema

Two exemplary Egyptian films produced in the 1970s feature the Nile and can be considered among the classics in the repertoire of Egyptian cinema, both also shedding light on important political and economic conditions of their times.

One of the classics of Egyptian cinema, Tharthara Fawq al-Nil (Adrift on the Nile) (1971), is an adaptation of prolific Egyptian author and Nobel Prize-winner Naguib Mahfouz’s novel, which was originally published in 1966. 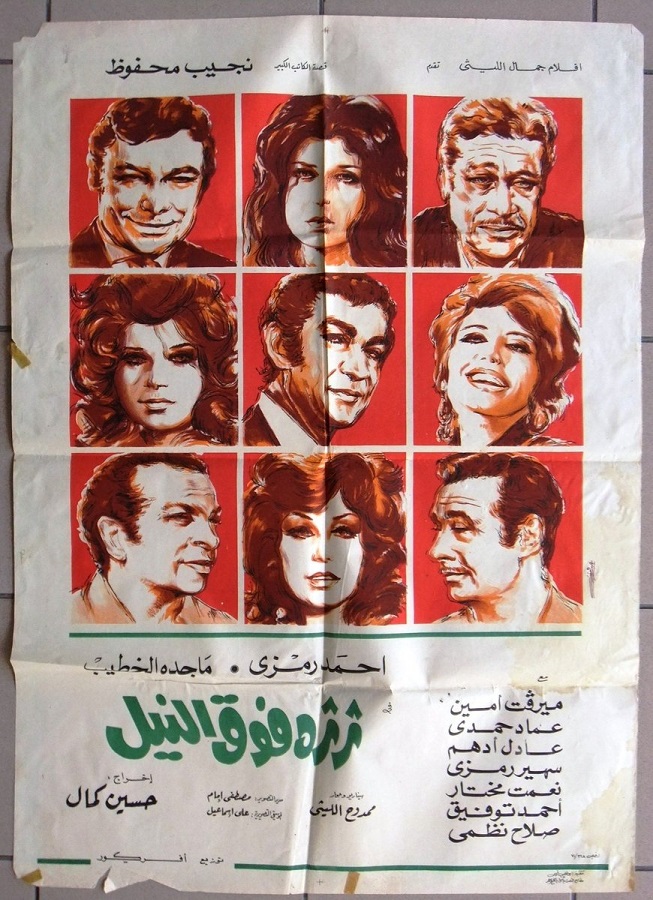 Directed by Hussein Kamal, the film critiques Egyptian society’s decadence during the reign of Nasser, as it focuses on the life of a civil servant who is fed up with his government’s hypocrisy and the social ills that pervaded Egypt at the time.

Seeking to momentarily escape from his country’s daily realities, he embarks on a boat trip on the Nile to smoke hashish. There he meets other Egyptians from various social classes, who are equally frustrated about the status quo and drawn to smoking as a form of escapism.

Just a year later, prominent Egyptian filmmaker Youssef Chahine directed Al-Nas wal Nil (Those People of the Nile) (1972), which was in fact an Egyptian-Soviet co-production; parts of it was filmed in the Soviet Union, hinting at Egyptian-Soviet relations at the time. 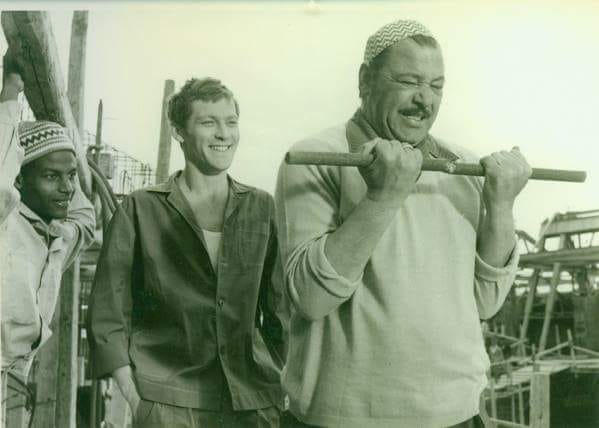 It focuses on the early 1960s, when the Nile River was diverted in the first stage of the construction of the Aswan High Dam. By portraying the workers’ experience of building the Dam, a project that involved both Egyptian and Soviet builders, it depicts the collective force involved in this project, besides focusing on individual concerns.

The popular film features some of Egyptian cinema’s star actors such as Soad Hosni, Emad Hamdy, Salah Zulficar, among others, as well as a group of Soviet actors.

Western Representations of the Nile

The Western gaze on the Nile, on Egypt more generally, has often been a problematic and orientalist one. Searching relevant films presents us with countless Nile-related film titles, many of the posters featuring stereotypical images of women or adventurers and showcasing prominent film stars of the time.

Perhaps the most widely known in this sector, is the 1978-released British mystery film, Death on the Nile, based on Agatha Christie’s eponymous novel and directed by adventure filmmaker John Guillermin, who shot the film in Egypt over the course of seven weeks across a number of locations including Luxor, Aswan, Abu Simbel and Cairo.

Set in 1937, the film takes viewers on a fictional trip aboard a Nile steamer, upstream from Aswan as it follows Belgian detective Hercule Poirot (Peter Ustinov) investigating the murder of a young heiress. A more recent adaptation of the classic is set to be released in 2020, directed by Kenneth Branagh

A stereotypical Hollywood portrayal of the Nile can be found in The Mountains of the Moon (1990), directed by Bob Rafelson. Although this historical drama and old-fashioned adventure film focuses less on Egypt, but rather depicts how nineteenth century British explorers Richard Burton and John Speke search for the source of the Nile, in what is mostly depicted as remote East Africa. 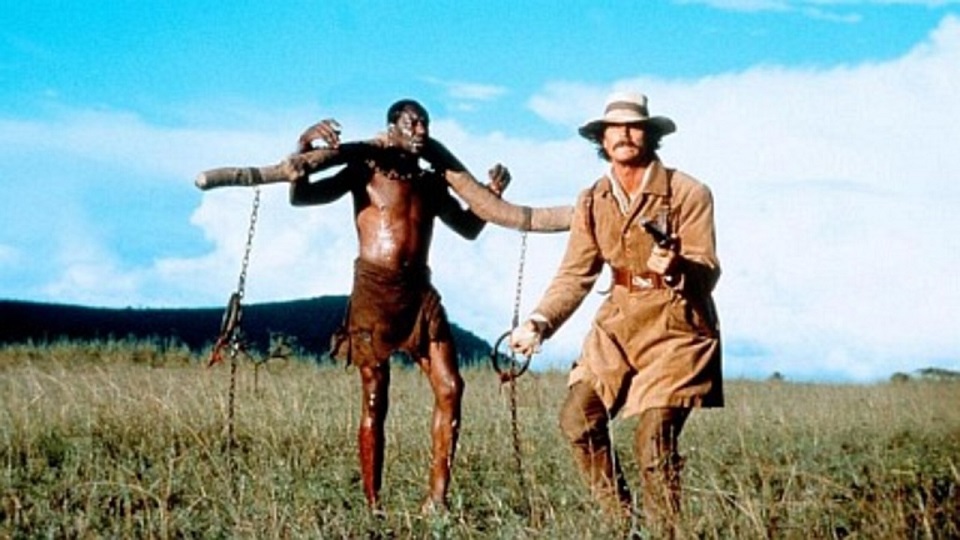 Captivating Documentaries about the Nile

This category potentially contains the largest collection of films, with there being many feature-length documentaries or TV productions available. In the latter, the Nile is oftentimes the subject of one episode among a selection of others presenting the Amazon or Mississippi, for example.

Frequently mentioned in recent TV review sections, British Channel 5’s mini-series of this summer, The Nile: Egypt’s Great River with Bettany Hughes (2019) promises its viewers a four-episode and four-hour long informative journey up the Nile, whereby the historian narrator introduces many breathtaking and iconic artefacts, landmarks and discoveries along the way, essentially presenting some of the highlights of Ancient Egyptian history.

The first episode follows the historian visiting the Nile’s mouth, before hopping on board a so-called ‘dahabiya’ cruise boat in Cairo that will take her along many important historical sites. The final episode shows her adventure ending at Egypt’s southern border with Sudan. 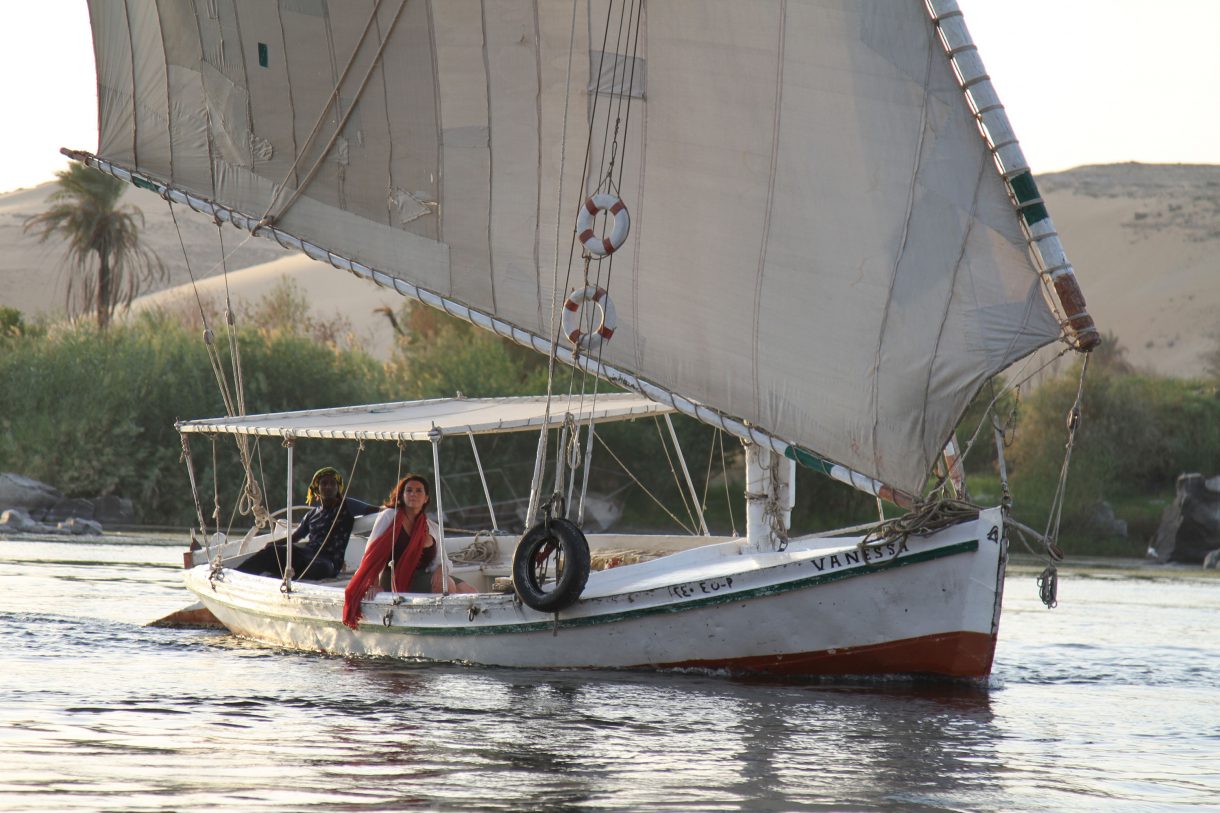 The 50-minute-long travelogue documentary Mystery of the Nile that was produced in 2005 by Spanish production company Orbita Max, and which is available on Netflix and Youtube, offers another spectacular cinematic adventure. It follows a team of explorers as they follow the course of the river from Lake Tana in Ethiopia to Alexandria on the Mediterranean.

Taking a total of 114 days, this is the first time this 3,260 mile-long trip has been documented on film. The film also offers some insight into Ethiopian, Sudanese and Egyptian history along the way.