As the world continues to increasingly face scientific risks, the bio-entrepreneurship industry has never been more crucial to help solve future crises. Such a phenomenon was recognized by American business magnate Steve Jobs, who once told his biographer Walter Isaacson that,“I think the biggest innovations of the 21st century will be at the intersection of biology and technology. A new era is beginning, just like the digital one.”

In Egypt, three passion-driven and dedicated women, Hadeer Osama, Eman Alaaedin and Mai Youssef Mostafa, are the founders of startup “From Organic to Mash” (FOTM), which merges between the world of science and entrepreneurship. Unlike other businesses, biotech entrepreneurship is entirely academia-powered, and aims to solve scientific risks to preserve the environment, encounter diseases, and eliminate hunger.

Organic waste amounts to around 53 million tons annually, and costs the state around 500 million pounds in collection and safe disposal. The project began by looking at the most serious problems Egypt faces, particularly population explosion and global warming, which requires an increase in food production by about 70% over current production – a significant pressure on plant and animal resources that humans use as food.

As such, the startup aims to overcome the problem of wastes and its effect on the environment, converting organic waste to a high-protein component – which is about 60% of chicken feed – using biological technology, a new technology in Egypt that competes with imported feeds in terms of price. Insects are fed on the organic waste, and then the resulting proteins are harvested. In the end, the ton of feed produced from the insects is around 150 thousand pounds, and organic fertilizer is produced as a by-product.

Originally came to life as a graduation project, the three women – including their supervisor – decided that they wanted their project to develop into its own business. “We didn’t want to stop from here, but continue with it even after graduation. It was something we believed would have a great impact in Egypt,” Hadeer Osama tells Egyptian Streets.

However, coming from a background of science, the women found it difficult at first to navigate through the business industry. “The bio-entrepreneurship industry in Egypt is still very small, and so the most challenging thing was convincing others of what we are trying to do, and helping them understand it. Many people would come to us and just say, ‘I don’t understand, what are you really doing?’, and so it was hard to get through that.”

Luckily, Osama was the only one in the group with some business experience and connections, which helped the girls to receive a significant amount of finances to manage their way through, through participating in several national business competitions such as Ebda3.

“We figured that this wasn’t enough. We didn’t want to just win competitions and hear people clap for us – we wanted mentorship and support, and also sufficient financial support, which is a challenge that a lot of women largely face,” Osama notes.

For that reason, the girls went on to participate in Cairo University’s “Business School for Women and Girls” (‘HER Cycle), which lasted from March until December 2019. It covered several projects, from fashion, crafts, artificial intelligence, education and health.

“What was different about this incubator was that it was tailored for women, so they would give us psychological and emotional workshops dedicated to how to balance between family life and our business, especially since many of the women were married and had children, and faced a lot of struggles in finding the commitment to continue,” Osama adds.

As young female graduates, Osama notes that the key factor that hinders many women from pursing their ambitions is the lack of community and family support. “I’ve heard a lot of people tell me that what I am doing is beyond what I can bear, and that in the end I would have to sit at home and care for my children, but they don’t understand that this is my passion – it is my personality,” she says.

“What should exist is more support – from the husband, the parents, the family and all of society. Women need to feel more encouraged and supported in order to feel that they can continue. The reason we continued is because we were positive that this is something that can contribute to improving Egypt’s economy as a whole,” Osama adds.

After working tirelessly and traveling to different governorates to carry out their experiments late at night, the girls managed to reach second place in the cycle.

In the future, their goal is to keep their company competitive at the local, regional and global levels in the production of animal feed and organic fertilizers, as well as maintaining the production of Egyptian feed at high quality and cheap prices compared to market prices.

By reducing imports, the girls hope to provide hard currency, job opportunities and the possibility of applying the project in all governorates to provide female breadwinners the feed that she needs to feed her poultry. 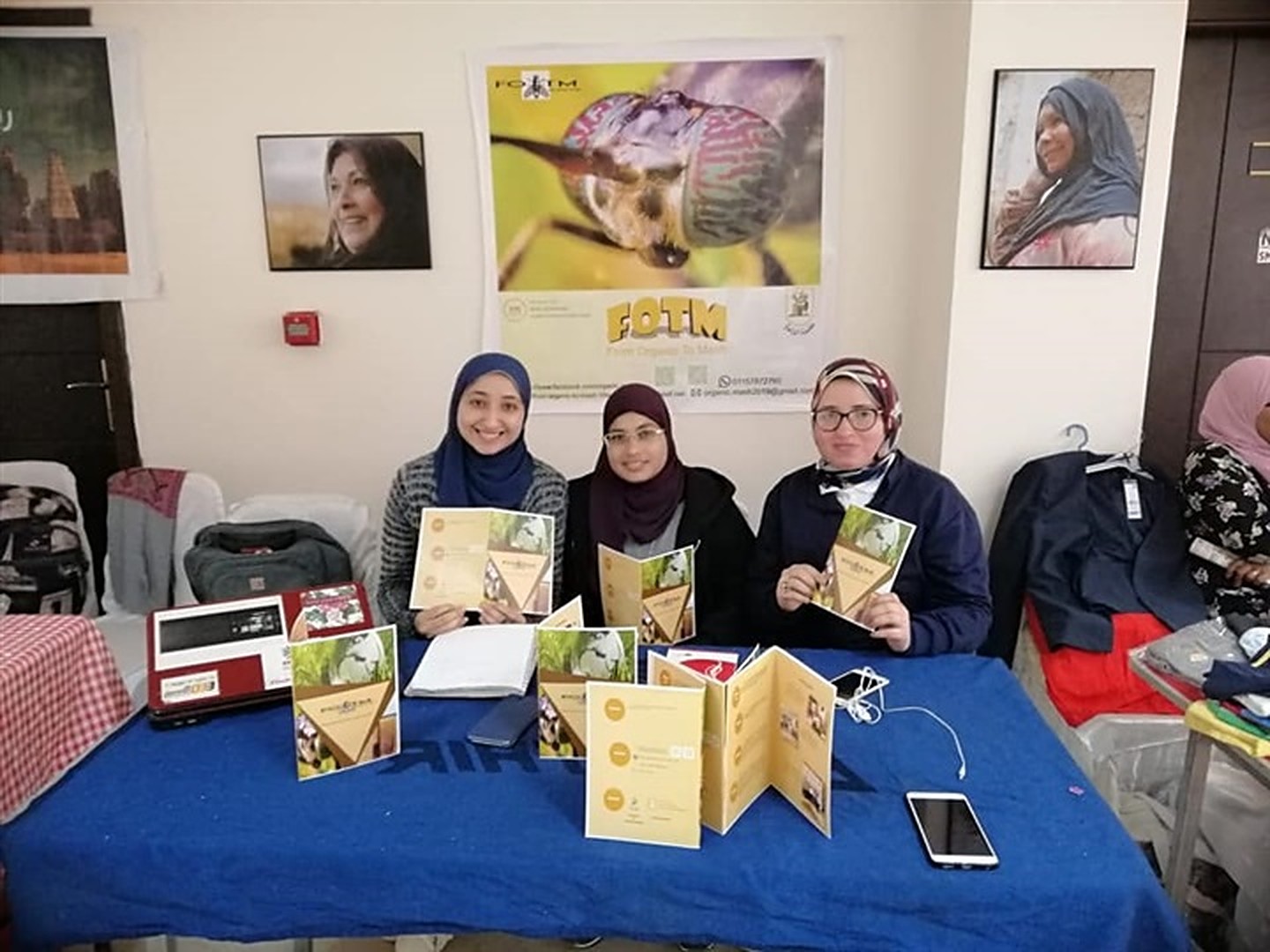 Traveling to the UAE? Visit Al Ain, Not Dubai
From Koshary to Sushi: What Egyptians Eat Today

From Koshary to Sushi: What Egyptians Eat Today
Traveling to the UAE? Visit Al Ain, Not Dubai