According to documents recently discovered by Professor Steven E. Zipperstein of UCLA and Tel Aviv University and author of Law and the Arab-Israeli Conflict: The Trials of Palestine, Prince Mohamed Ali Pasha (also known as Prince Mohamed Ali Tewfik), the uncle of Egypt’s penultimate monarch King Farouk I and his regent from 1936 to 1937, may have secretly approached the British government in 1929 with a proposal to sell the Western Wall to the Jewish community of then Mandatory Palestine. 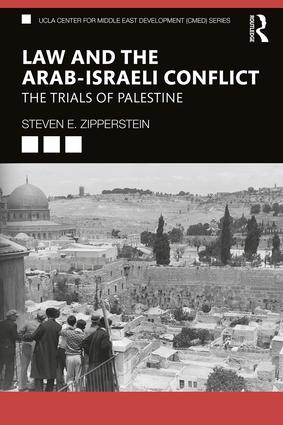 The prince elaborated on his proposal in a letter to Sir John Chancellor, the British High Commissioner for Palestine at the time. The prince’s letter was discovered by Professor Zipperstein 90 years later in the UK’s Colonial Office’s archives.

According to the Times of Israel, Prince Mohamed Ali Pasha hand-delivered the letter to then British Ambassador Sir George Clerk to Turkey in Istanbul on the 29th of August, 1929, a time in which tensions between Palestine’s Jews and Muslims were running high.

These tensions were caused by disputing claims over the Western Wall by Palestine’s Muslim and Jewish communities and culminated in the bloody 1929 Palestine Riots, which resulted in the death of 133 mostly non-combatant Jews and more than 110 Arabs, the majority of whom were killed by British police.

Prince Mohamed Ali Pasha’s letter detailed a proposal to end the violence and settle the conflict between the two communities:

“Having heard about the troubles going on in Palestine between Jews and Mohametans [followers of Prophet Muhammad], and having a certain knowledge of the Arab and Mohametan aspirations, I thought I might be of service outlining a proposal by which this quarrel might perhaps be ended peacefully.

The Mohametans and Arabs having been masters in Palestine for over one thousand years, they are fighting for their honour and do not want to lose anything which they have acquired as a possession. They fear that either through administrative channels or by force they will be compelled ultimately to relinquish rights they have held for so long.

Every one knows that in every country in law after the lapse of a certain period proprietary rights are established. In this case the rights of the Mohametans go back one thousand years.

My proposal for a solution is that, instead of fighting or dealing unjustly by one party or the other, it would be infinitely better to come to an understanding. The Mohametans may be willing to accept a sum of money which would help them to do good for the community and as the Jews are rich, if this thing is so much desired by them, there seems no reason why they should not pay for it. If this could be done, it would avoid coercion and possibly injustice to one or other of the parties.

Certainly I am sure the Mohametans and Arabs will not accept a small sum such as £10,000 or even £20,000 for a matter in which their honour is so far involved. In Zurich the Zionists have collected £240,000 for Palestine. Let them give £100,000 and I feel sure this would settle the difference.”

The letter doesn’t specifically mention the Western Wall or explicitly proposes the sale, however Professor Zipperstein claims that during his meeting with Ambassador Clerk, Prince Ali made his intentions plain.

The prince’s letter never reached Commissioner Chancellor, instead, Ambassador Clerk forwarded it to his government’s Foreign Office in London, along with a note, saying, “the idea of the Jews buying the Wall has long been considered and rejected, and recent events seem scarcely favorable to the idea of the Muslims accepting even as fancy a price as £100,000, supposing the Jews were prepared to offer that sum.”

Professor Zipperstein’s theory is further supported by what appears to be a widespread understanding of Prince Ali’s proposal to specifically mean the sale of the Western Wall to Palestinian Jews within the British diplomatic institution.

Among the documents retrieved by the scholar was a note by Foreign Office’s W. L. Knight, which was recorded several days after the delivery of the prince’s letter. Knight’s file entry reads, “It would appear from the last para. of the prince’s letter that while the Jerusalem Arabs would scorn to sell their honour cheap, they would probably be prepared to do so for £100,000!”

Furthermore, the Foreign Office filed the prince’s letter under “Suggested sale of wall to Jews by Moslems: proposal of Prince Mohamed Ali Pasha” in its 1929 official index.

Prince Ali’s proposal wasn’t particularly novel at the time. Similar solutions were proposed by a number of different actors in the years leading up to the 1929 riots. However, the prince’s proposal came within days of a similar plan to end the conflict by another prominent Egyptian figure at the time: Baron Félix de Menasce, the President of the Israelite Community in Alexandria.

Baron de Menasce shared his proposal with Adrian Holman, the Second Secretary at the British Embassy in Paris. On the 26th of August, 1929, during a meeting with Holman, the baron proposed that the British government arrange for the Jewish community to buy the buildings surrounding the Western Wall.

Both proposals were dismissed by the British government and no clear link has been established between the two moves. According to Professor Zipperstein, Prince Ali’s willingness to even consider relinquishing the Western Wall as an Islamic monument is an indication of the structure’s relative insignificance in Islamic history, compared to its holiness in Judaism.

The Western Wall, like the rest of Temple Mount, has always been the object of great contention between Muslims and Jews due to its sanctity to both communities. Known as the Buraq Wall in Islam, The Western Wall is believed by some Muslim scholars to be the site where Prophet Muhammad’s winged steed, Buraq, was tethered to at the end of the Isra and Mi’raj miracle.

In the 12th century, the lands adjacent to the wall, the now demolished Moroccan Quarter, were considered an extension of the Muslim Quarter, a designated religious property by Saladin’s son and heir, Al Afdal Ibn Saladin.

Jewish claims to the Western Wall date back to the Second Temple period in 19 BCE. The Western Wall is the only remaining structure of the ancient Temples and is considered the holiest accessible prayer site in Judaism.

Jews had been denied access to the Old City since the 1948 Arab-Israeli War. This ban, implemented by Jerusalem’s then Jordanian rulers, came to an end in 1967, following Israel’s victory in the Six-Day War. Soon after the capture of the Old City in Jerusalem, the Israeli military demolished the Moroccan Quarter. Today, the Western Wall Plaza covers 20,000 square meters and stretches to the Old City’s Jewish Quarter.