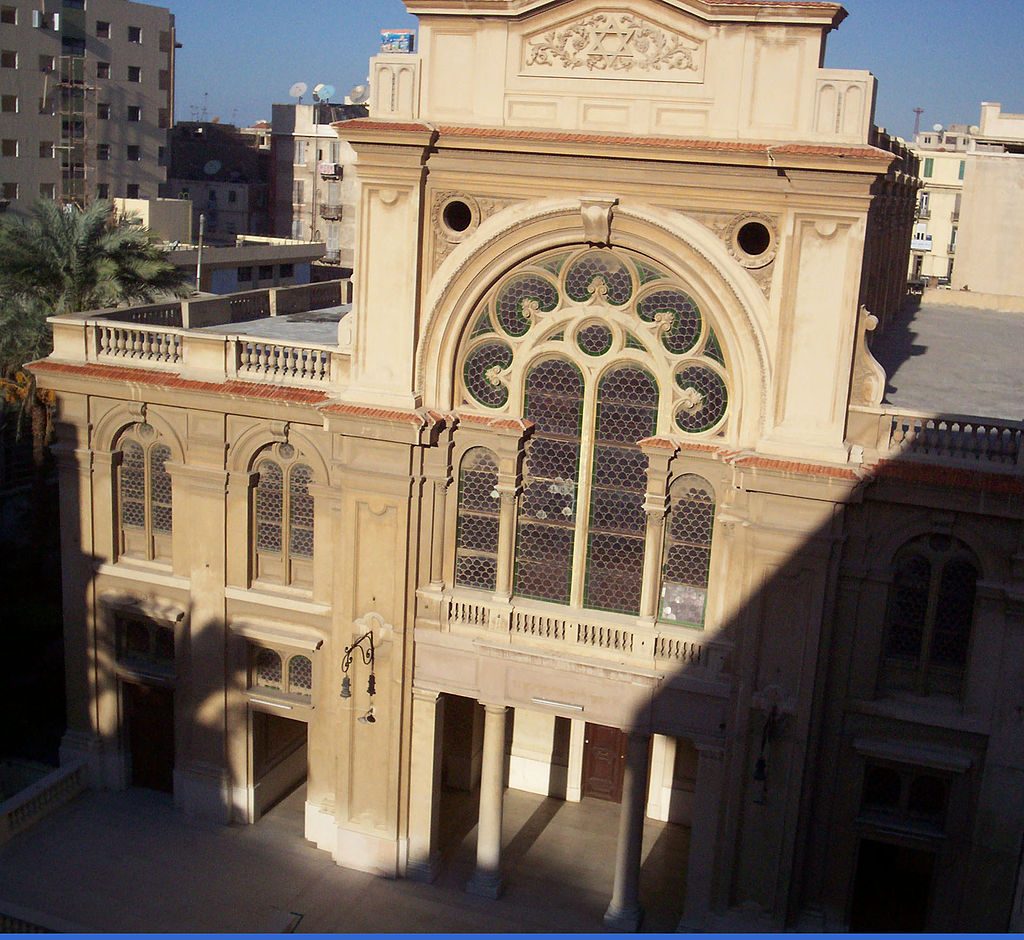 According to various videos circulating on social media, a congregation of 180 Jews of Egyptian origin flew over to Egypt during the weekend to celebrate the opening of the Eliahu Hanavi synagogue in Alexandria following its restoration work.

The event was organized by the Nebi Daniel Association, reports the Jerusalem Post.

The Sabbath celebrations, which consisted of prayers, reading from scripture, singing, and eating challah bread brought one of the oldest and largest synagogues in the country back to life.

Eliyahu Hanavi remains one of two remaining synagogues in Alexandria, due to the decreasing number of Jews in Egypt. It was built in the 1850s and was later closed in 2012 due to security concerns.

It is included on the World Monuments Fund‘s 2018 list of monuments at risk, noting on its website that “it is a symbol of Egypt’s historical plurality, when diverse national and religious communities lived and worked together in a spirit of conviviality and religious freedom.”

As a project of restoration, Eliahu Hanavi comes within the interest of the Egyptian government to preserve all its monuments and heritage, whether it is Pharaonic or Jewish or Coptic or Islamic.

No prayers or services have been held in Egyptian synagogues due to the dwindling number of Jews existing in the country, which is estimated to be less than 20 in a nation that has just passed the 100 million mark.

Jewish religious conventions stipulate a minimum of 10 men to meet the congregational quorum of ‘minyan’ for services. The current status quo on the community suggests that this condition is not met due to the small number of mainly female Jews in Egypt.

According to an official statement issued by the US embassy in Cairo in January, the diplomatic entity has decided to fund the conservation of the Bassatine Jewish Cemetery, one of the oldest Jewish cemeteries worldwide, in the Egyptian capital.

Egypt’s Jewish community shrank over the years due to the time of hostilities between the country and Israel.

Estimates say that since the creation of the state of Israel in 1948, about 65,000 Jews left Egypt — most of them traveling to Europe and the U.S.

However, only the downtown ‘Adly’ temple seems to be in most use.

It is estimated that Egypt’s curtains might be closing on the Egyptian Jewish Community within this century due to the small number of adherents.

“I am the last one to close the door and turn off the lights of the synagogue,” says Magda Haroun, president of the Jewish Community in Egypt, to local press in interviews.

This leaves the task of documenting the rites, lineages, artifacts and maintenance of the monuments to the remaining communities, Haroun’s Drop of Milk association, and the Egyptian government.

Featured image courtesy of the Ministry of Antiquities and Tourism.