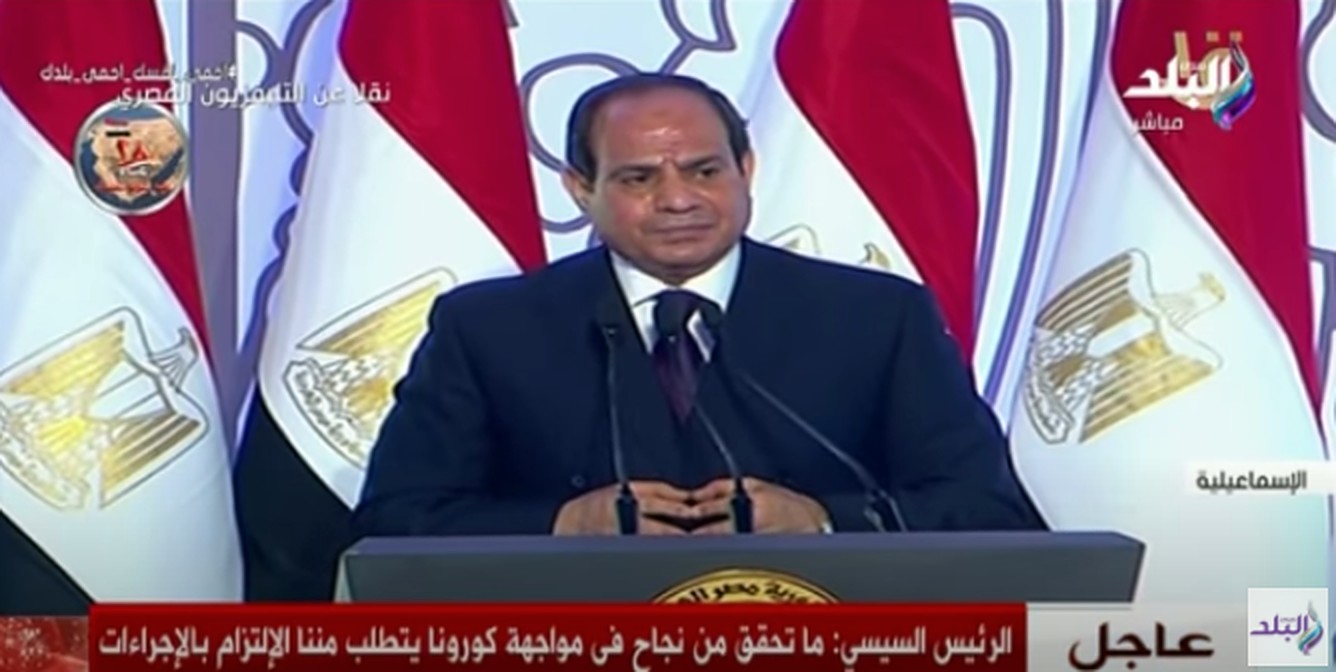 Egypt’s President Sisi warned that ‘tougher’ and ‘difficult’ measures will be taken if COVID-19 crisis escalates and citizens fail to abide by the current measures being taken.

“If the situation escalates, we will be obliged to take tougher and difficult measures, and even more than what we have already taken. So let’s be well informed and further abide by the necessary practices,” President Sisi said.

The warning came during the inauguration of a number of national projects east of the Suez Canal in celebration of Sinai Liberation Day, which saw the inauguration of Al-Mahsama Irrigation Drain Water Treatment Plant in Ismailia that was named ‘Infrastructure Project of the Year’ at the 2019 Construction Innovation Awards.

The president noted that the government has been keen on “keeping a balanced approach” in managing the crisis to avoid major losses, as well as to protect the livelihoods of those who still need to go to work to earn their daily wage.

“We are asking you (citizens) to further abide by the social distancing measures and hygiene practices, and avoid gatherings as much as possible in the coming weeks,” the president added.

On the occasion of the holy month of Ramadan, Egyptian Prime Minister Mostafa Madbouly announced new timings for the curfew that will be extended by only an hour from its current timings: from 9 P.M. to 6 A.M.

However, according to Al Ahram, the Prime Minister also said that the government will gradually ‘open the economy’ and ease certain measures following Ramadan.

COVID-19 Cases Surpass 4,000 Cases, With a Death-toll of 294 in Egypt
BREAKING: Partial Curfew Extended Into Ramadan, Starting 9 at Night: PM

BREAKING: Partial Curfew Extended Into Ramadan, Starting 9 at Night: PM
COVID-19 Cases Surpass 4,000 Cases, With a Death-toll of 294 in Egypt