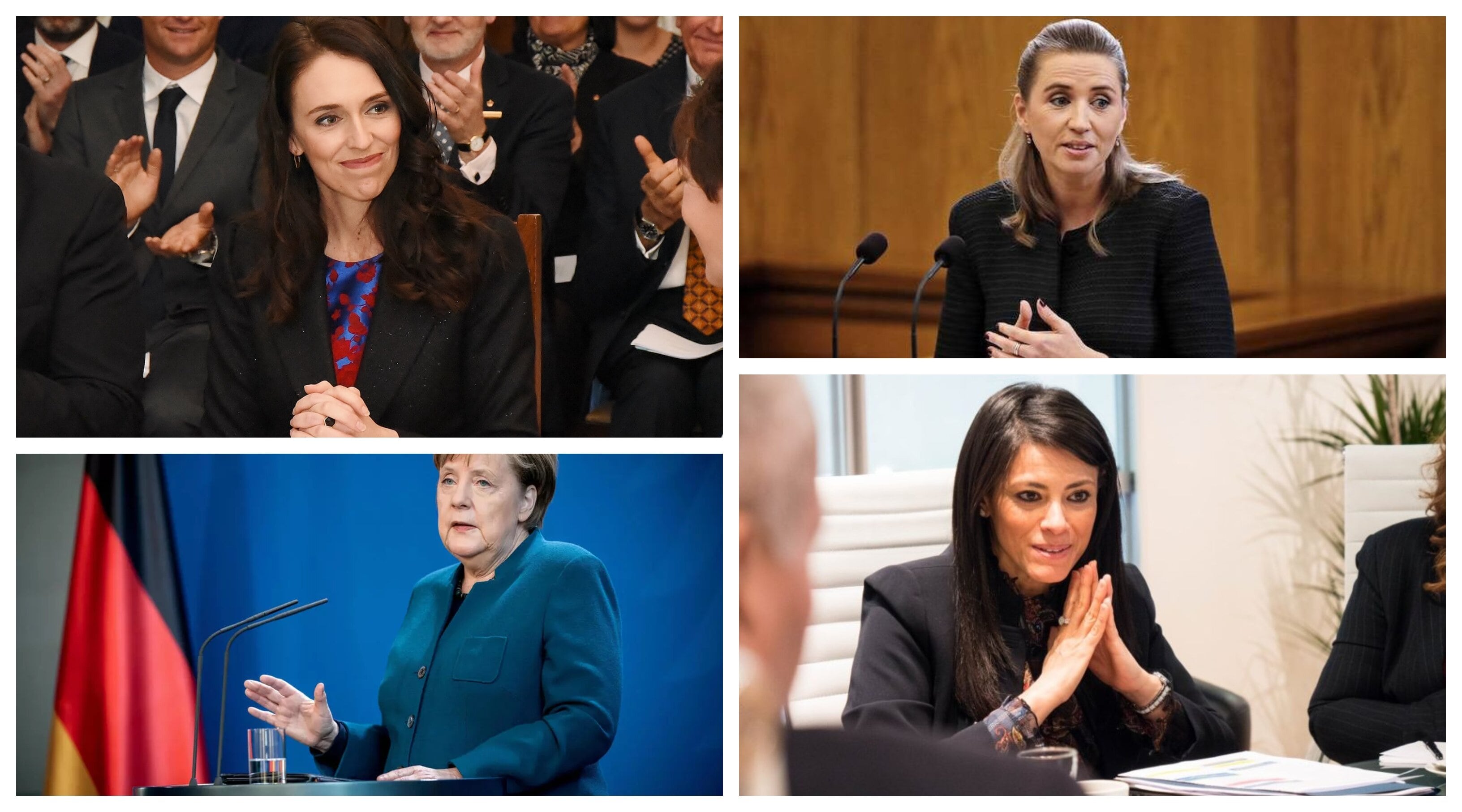 As the COVID-19 crisis is taking over the world, critical spotlight has been placed on how world leaders, and particularly women, engaged with their people.

Several think pieces with the headline “Are Female Leaders Statistically Better At Handling The Coronavirus Crisis?” and “Female world leaders are handling coronavirus crisis ‘in a really impressive manner,” have been shared widely.

Yet the idea isn’t really what all ‘female’ leaders have that male leaders don’t, but the fact that, despite being a minority, these women are redefining leadership in their own way along with inspiring other future women leaders. Their success, in this case, is significant to highlight. New Zealand’s Prime Minister Jacina Ardern, for instance, is bringing new traits such as empathy and connection to help us reconsider how we understand leadership, while Egypt’s Minister of International Cooperation Rania Al Mashat is providing lessons on communication through political branding.

To manage the fast-changing pace of communication in the digital age, these women have been providing key lessons in ways to address their followers and share their efforts.

“People are compassionate, and governments need to reflect that in their communications,” Dr Abdullah Al-Maghlouth, Saudi Arabia’s Ministry of Media Spokesman, noted during the International Government Communication Forum (IGCF) in 2019.

Amid these times and beyond, communication has to be simple, straight forward and manufactured in a way that gives meaning. It is branding used for the good, and branding can be defined as “strategic positioning that allows you to intentionally determine where you are going in the future.” In other words, it can help leaders develop their own journey and in turn communicate this journey effectively with the public.

So how are these leaders providing lessons in communication during the coronavirus pandemic?

Egypt’s Rania Al Mashat’s presentation on the Global Partnerships Narrative is an excellent example of communication through political branding. As minister of international cooperation, Al Mashat’s efforts were simply summarized and structured along three pillars: People at the core, Projects in action and Purpose as the driver.

The use of the three Ps is a strategy of branding that allows a logo or a phrase to get stuck in the minds of the public. In this case, it allows the public to easily absorb the information of the ministry’s efforts. The language that is used is also written in a way that captures the minister’s true aims and forward-looking outlook on the current situation.

For instance, the phrase “we are not just communicating to them, we are including them,” is a manifestation of how words, when used correctly, can reveal the core of the leader’s both present and future strategies, and the multiple efforts – communication and inclusion – that are being carried out simultaneously.

Since the outbreak, Al Mashat has also been joining and hosting several virtual meetings with international institutions, leaders and other private sector representatives and sharing them to the public through Twitter and Instagram, allowing her followers to feel included in these meetings and to engage with them.

She voices her own beliefs and visions firmly, stating for example in a post that “national policies are important in the agriculture sector, not just for the local population but for its global impact,” which helps to establish her own identity and allow the public to get a sense of her personality as a minister and leader.

Empathetic communication from the couch

New Zealand’s Prime Minister Jacinda Ardern’s live COVID-19 podcasts or Facebook Live videos from her couch, titled ‘Conversations Through COVID-19’ is also an illustration of how leaders should adapt to the new lifestyles of their citizens and add more compassion to their communication.

Suze Wilson, a researcher on leadership, called her strategies a ‘masterclass’ in crisis leadership. She argues that Ardern adopts all the three main approaches in leadership: direction-giving, meaning-making and empathy.

Ardern has been communicating with several members in the community, from entertainers to business owners and  small business owners in particular, as well as doing regular ‘FAQs’ (Frequently Asked Questions) with her followers. Her strategy is pushing political communication 10 years forward – it is highly inclusive, empathetic, millennial-focused, and breaks the barriers that exists between politicians and citizens by directly listening to their needs and challenges.

Her emphasis on carrying out ‘conversations’ with members from the community during the crisis is a lesson on how a leader can implement decisions by offering meaning and purpose to what is being asked. It is not simply a ‘governmental decree’ imposed, but a conversation that is being carried out with the population to provide an accurate picture of the situation.

In Germany, Angela Merkel has been highly praised for her ability to communicate scientifically with her population in a very simple, understandable and calm manner. She speaks with ease and her body language is never static; it travels with her voice and explanations, giving the aura of confidence and dedication in transmitting information to the public.

Frequent warnings that “Covid-19 was serious – so take it seriously” and using clear data and numbers, such as in the case that “70 percent of people would contract the virus,” is another sign of her eagerness to inform the public. Her videos been shared widely and propelled public approval of the fourth-term chancellor.

Similar to that of Ardern and Al Mashat, there is communication and clear explanation as to why certain decisions are taken. Meaning and purpose is being given, and as such, trust is developed.

Social media can be a bubble on its own, and being a bubble, it gives citizens their own power in voicing their concerns, creating an identity, as well as in organizing and giving birth to new movements. Since the COVID-19 crisis, people have resorted to social media to connect, share, help one another and add a little humor amid all the pressure.

Manufacturing a leader’s identity in the digital age must now also include an identity on social media. Adding a little fun and authenticity can be a strategy in connecting and reflecting a particular mood of the population.

Denmark’s Prime Minister Mette Frederiksen posted a clip on Facebook of herself in the kitchen while singing along to the 1980s Danish popsters and watching the weekly TV lockdown singalong. We are – after all – all human, so why do we need to put further barriers in our communication? In line with her other effective measures to contain the crisis, her approval ratings have now increased to more than 80 percent.

Governments need to embrace and explore different methods of communication. Instead of resorting to defensiveness, leaders should craft their own identity and stories, as well as a communication strategy that truly captures the core of their personality and vision. Honesty, authenticity, transparency, as well as simplicity are all key factors to help adapt to the fast-changing pace of communication.

*The opinions and ideas expressed in this article do not reflect the views of Egyptian Streets’ editorial team. To submit an opinion article, please email [email protected]