In a televised briefing yesterday, you announced that the government had done ‘its best to delay the highly contagious virus outbreak’. During the same briefing, you announced that ‘strict measures’ would be introduced following the end of Ramadan, with ‘penalties’ for those violating procedures.

Yet, you would like to wait another 15 days, which is when Ramadan ends, to implement ‘strict’ measures?

If the Egyptian government has done its best to ‘delay’ the spread of COVID-19, why are these strict measures not already in place?

Why is the curfew – which at the start of the outbreak commenced at 7PM but now commences at 9PM despite an increase in infections – being violated by hundreds and thousands across Egypt, including businesses, without repercussions and penalties? What happened to the government’s enforcement of the restrictions?

It would be shortsighted to not recognise that the Egyptian government had, in the first few weeks in March and April, done a commendable job to contain the spread of the virus. Isolation hospitals were quickly set up, health procedures were implemented in coordination with the World Health Organization, and a nation-wide awareness campaign was launched. In fact, even the curfew – despite being limited – seemed to have been effective in a number of hot spots in Egypt.

So what happened? Why has the Egyptian government stopped enforcing its measures? Why are stricter measures not implemented sooner? 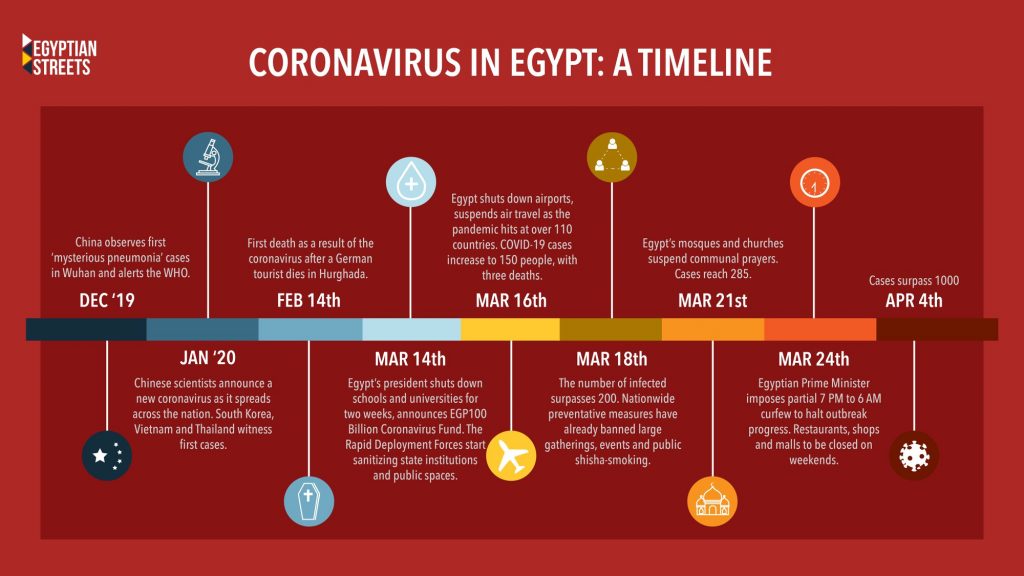 You argued in your briefing that the ‘full lock-down’ implemented by some countries across the world had taken a heavy toll on those countries’ economies. You argued that there have been calls for ‘stricter’ measures, but that there must be a balance between health and economy.

Egypt, though, is not like the many other countries which are often used as a reference point. As noted, the country has recorded ‘just’ 8,000 positive cases of COVID-19 cases, yet its isolation hospitals are at maximum capacity. What will happen, in the coming weeks, when the number of recorded infections reaches the tens of thousands? What will happen if the number of cases in Egypt reaches 100,000?

Collapse of Egypt’s health system. Without a functioning health system, Egypt’s entire economy is at risk. There will be no ‘economy’ to care about when people cannot bury their loved ones, when everyday Egyptians cannot seek medical assistance, when chaos ensues on Egypt’s streets due to the frustrations suffered by Egyptians who live in poverty or are barely getting by each day.

How will consumer spending and confidence continue – at any level – when businesses are forced to shut down not just for a two-week lock down or to abide by stricter curfew hours, but for months due to the wide spread of the virus?

How will industrial and energy projects in Egypt continue when the labour force is severely impacted by the virus and when foreign investors shy away from a country plagued by COVID-19?

How will Egypt attract visitors to the inauguration of the Grand Egyptian Museum in 2021, to its beautiful antiquities and historical sites, to its beach resorts and natural gems, if the virus is not contained?

Billionaires and millionaires have advised the Egyptian government – both in private and public forums – that the ‘country must open up’ and must ‘maintain a balance’ to ‘protect the economy’. Yet, these individuals represent less than one percent of Egypt’s population. They are also the individuals who can escape a collapse of Egypt’s health system by simply flying overseas on a private jet to ‘safer’ countries.

While a full lock-down and long curfew hours have impacted the economies of countries, the short term impact pales in comparison with the long term impact of not appropriately containing the virus. Countries like India and Jordan – both with vastly different economies but with socio-economics that are not too different from Egypt – managed to implement a full lock-down ‘at the expense of the economy’, avoiding a surge of COVID-19 cases. While India, with 1.3 billion people, is still struggling, analysts say that its lock-down avoided a far greater catastrophe.

Vietnam is another great example of a country which acted early and efficiently, despite the fact that a large portion of its population relies on daily wages. The country ordered all schools to shut down for three months and businesses to shut down for four weeks and banned people from leaving their homes for non-essential reasons. As a result of this, Vietnam has recorded less than 300 COVID-19 cases and zero deaths, with no new COVID-19 cases in the community for more than two weeks. Businesses and schools have now resumed operations and the economy is back on track. 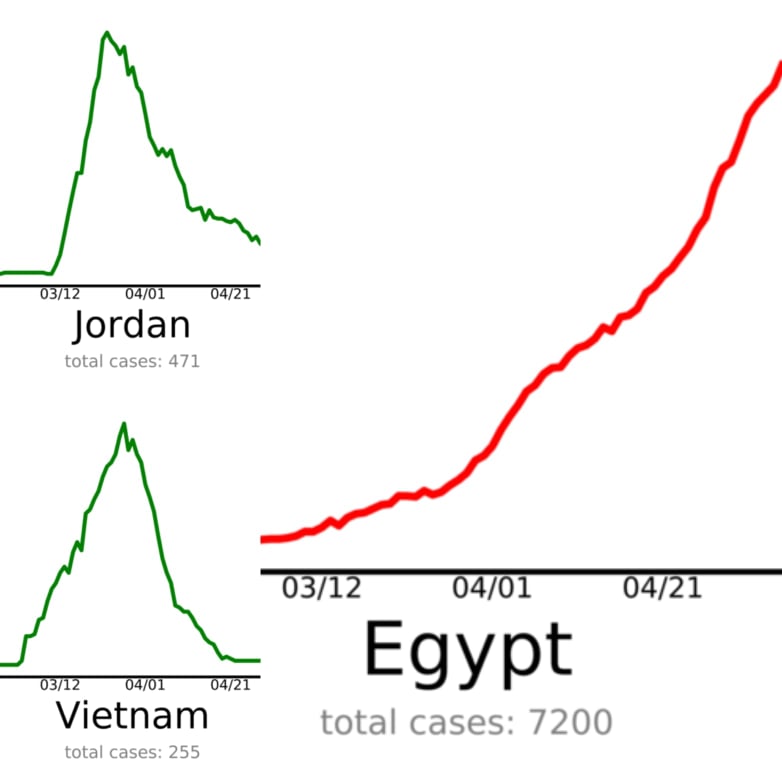 Countries that implemented strict measures – including lock-downs – have ‘flattened the curve’ and have already started planning for a post-coronavirus reality. Egypt has not even reached its peak, yet its nationwide curfew is only nine hours long and is being ignored by people across the country.

Egypt is in the danger zone and the economy will not survive if stronger measures are not implemented and enforced.

Admittedly, Prime Minister, you are correct in saying that ‘it’s not about the curfew hours, but more about behaviour [of people]’. But, in a country of 100 million with a significant portion of its population struggling to make a livelihood, simply abandoning ship and blaming people’s behaviour is not enough – particularly when the government is not enforcing its existing measures and, in the past weeks, has relaxed the restrictions.

COVID-19 will not sit idly by and wait two weeks for the Egyptian government to introduce and enforce ‘strict’ measures at the end of Ramadan.

It will be difficult. Egyptians will struggle, particularly those who rely on the daily wage. However, Egyptian people are kind, charitable and hospitable. During times of need, they will rise up to support those around them. So, if the government wanted to really do its best, the time to act is now.