Amina Zaineldine
The Case of Jordan: A COVID-19 Response From Next Door

While the world struggles with record numbers of new daily COVID-19 infections, and commentators from all corners of the globe spar over the responsible way to impede the spread of the pandemic, data provided by a number of sources allows us to see different countries’ responses to the threat of Coronavirus.

The focus has been on large countries with high numbers of cases, whose situation was widely reported on in international news, eclipsing coverage of countries much closer to home.

Despite being one tenth of its size, there are many social, cultural, economic, and demographic similarities between Jordan and Egypt. And among several others, Jordan is a country whose measures against the pandemic have yielded a low number of deaths, decreasing new cases, and a high rate of recovery.

Jordan is among the states that have, through a number of measures, succeeded in seeing a flattening of its COVID-19 curve. Since March 2, when its very first case was recorded, Jordan has identified and recorded a total of 672 cases and only 9 deaths.

Jordan has also been conducting a relatively large number of tests to ensure a tally as close as possible to the actual number of infections within their borders. Their 148,482 conducted tests translate to 14,584 tests per one million inhabitants.

To situate Jordan’s statistics within the world’s fight against COVID-91, it can be helpful to see how the country figures in rankings. In terms of numbers of cases per one million, Jordan ranks 160th out of 215 countries with recorded cases. In deaths per one million, it ranks 154nd. It is also the country with the 76th highest number of tests per million, which puts it in the top third.

It is also significant to mention that the recovery rate in Jordan is at 66 per cent with 446 of the total 672 patients having fully recovered. 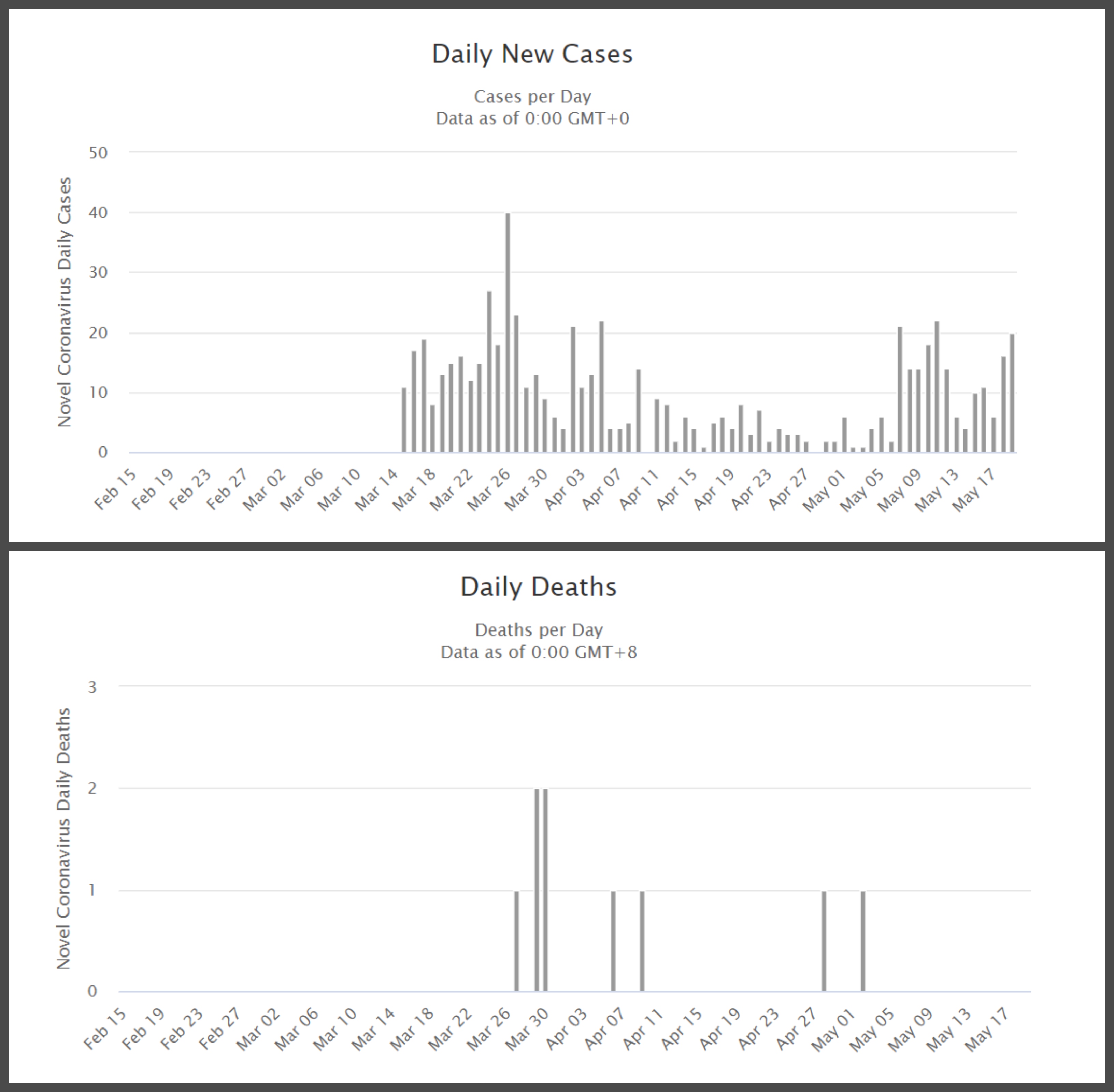 The Jordanian government, who relied on the expertise of both medical experts and data scientists, has from the beginning of the disease’s international spread earlier this year been implementing stringent measures of lockdown and curfew.

The Epidemics Committee, a group tasked with combatting COVID-19, was mobilised as early as January. According to the members of that group, starting early was instrumental to the country’s ability to contain the disease.

As in many other countries struck by the coronavirus, March saw Jordan closing its borders, shutting down educational institutions and government offices, and designating Dead Sea resorts as places of quarantine for repatriated individuals.

Jordan also implemented an extremely strict curfew on March 20, with the army deployed to ensure its complete implementation. For four days, citizens were not able to leave the house for as much as groceries. However as the system instated to deliver food to the homes of citizens did not prove effective, they proceeded to allow people between the ages of 16 and 60 to exit their homes to buy groceries between 10 in the morning and six in the evening.

After six weeks of strict measures, curfews were eased in governorates reporting no new cases.

To put things into perspective and set Jordan within the world average and contrast it with Egypt, Jordan’s 66 cases per 1 million compares to 652 worldwide and 139 in Egypt. The death rate per million in Jordan of 0.9 contrasts starkly with the worldwide average of 42.3. Egypt’s death rate is currently at 7 per million. Similarly, Jordan’s 66 per cent rate of recovery is significantly higher than the worldwide average of 40 per cent and Egypt’s 28 per cent.

With a flattened curve and an established decline in new numbers, Jordan is beginning to reopen the parts of the economy that have been shut down in the wake of the pandemic. This is not coming a moment too soon for Jordan’s Economy, which, like Egypt’s, is feeling the pain resulting from the global economic crisis whose end is not in sight, having to contend with a drastic decline in remittances, tourism, trade, and flows of capital and investment.