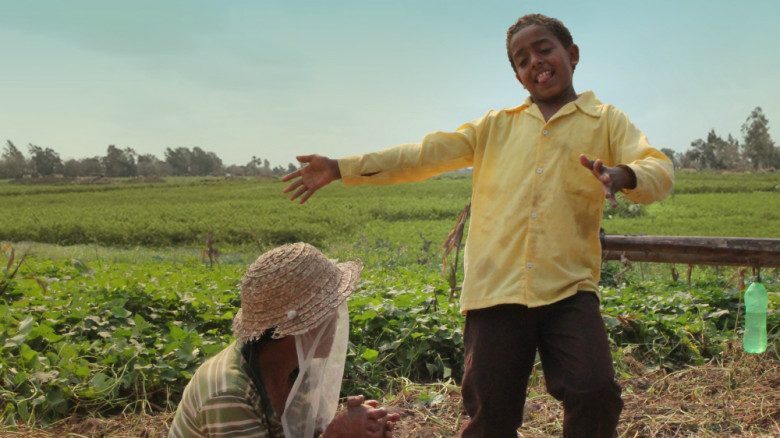 Egypt’s cinematic heritage spans over a century, boasting an expansive body of work second only to that of Hollywood’s. Egyptian cinema is the gift that keeps on giving, a massive ecosystem of revolutionaries, visionaries and creators all eager to give a voice to their respective generations and the circumstances that shaped them.

As we navigate life in the time of COVID-19, with all the turmoil, harsh realities and difficult conversations the pandemic has forced upon us, it helps to remember where we come from, what we have been through and how some of the biggest issues of modern Egyptian life were dealt with in Egyptian cinema. Below is a brief chronology of modern-day Egypt’s social, political and emotional evolution in film. 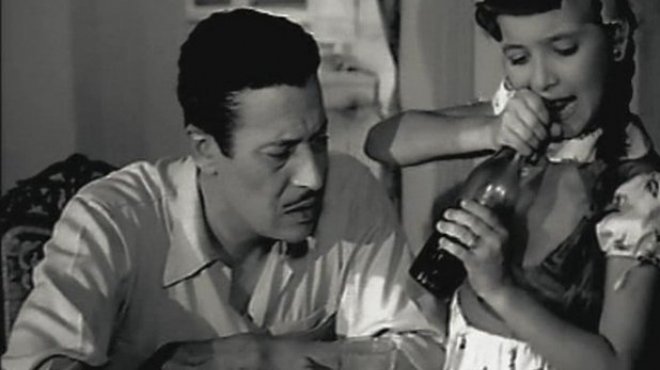 This black and white thriller is one of the genre’s finest works, earning the film’s director Kamal El Shaikh a Palme D’Or nomination at the 1955 Cannes Film Festival. The plot follows the story of a man who send his young daughter to pick up a prescription after he suffers a heart attack, but the pharmacist later realizes that he mixed up the combination, rendering the medication lethal.

The film captivatingly depicts the urgency of saving the man’s life, as the pharmacist reaches out to the police to track down the daughter before she reaches her father. Hayat au Maut is one of the earliest mind-bending thrillers in Egyptian film history. 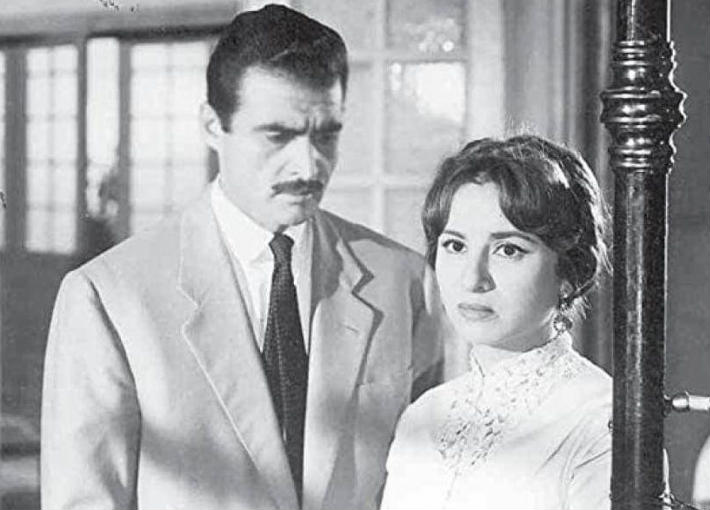 This gem of feminist cinema is a classic for a reason. Starring late silver screen goddess Faten Hamamah and directed by critically-acclaimed filmmaker Henry Barakat, Doaa’ El Karawan has all the makings of a truly unforgettable film: culturally relevant, daring and unflinching in its depiction of female rage.

The plot revolves around the story of Amna, a young woman who decides to take revenge on a man who lured her sister into an extramarital relationship that caused her uncle to kill her for dishonoring the family. The film explores the layered oppression women face and, although the plot may seem problematic by today’s moral standards, it will go down in film history as one of the first Egyptian movies to openly challenge patriarchal values relating to women’s ‘virtue’ and how these cultural concepts cost women their lives. 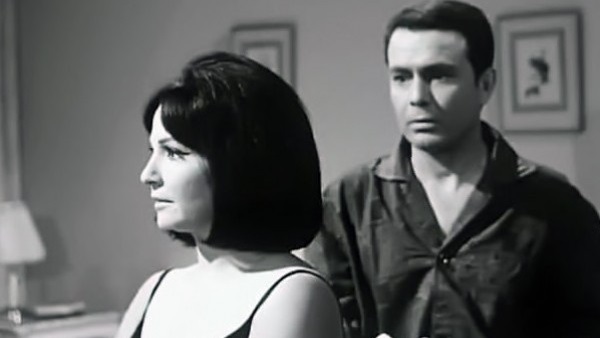 Feminist rom-coms are often few and far between, even by today’s box office standards, but this 1966 Egyptian masterpiece was truly ahead of its time. Starring Egyptian film icon Shadia, Mirati Mudir Aam is all about girl power, offering a comedic take on toxic masculinity.

The film follows the story of Esmat and Hussein, a heterosexual married couple whose marriage starts to unravel when the wife (played by Shadia) is promoted to a managerial position, thus becoming her husband’s superior at work. Hilarity and male fragility ensue. 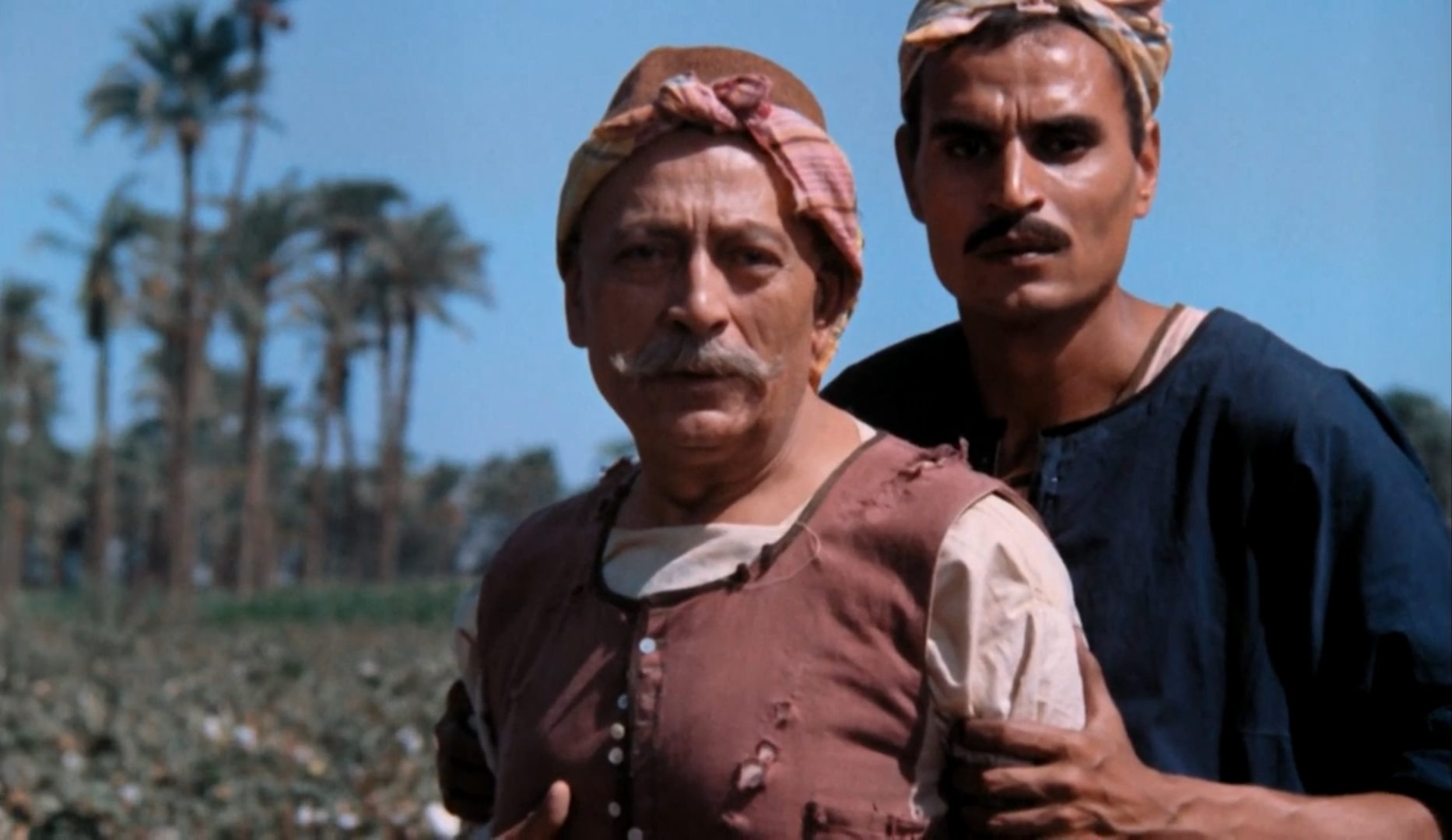 Nominated for a Palme D’Or at the 1970 Cannes Film Festival, this Youssef Chahine-directed classic is the most consummate example of Egyptian political cinema. Complex, fearless and artfully made, it is arguably one of the best works in Egypt’s film history.

This cinematic tour de force captures the very essence of the political mood of 1930s Egypt and the brewing sentiments of anti-colonialism and anti-feudalism that would later pave the way for overwhelming popular support for the Free Officers Movement. Al Ard offers excellent socio-political commentary that is still valid and relevant to Egyptian politics today, making it a timeless testament to Chahine’s genius and his discipline and consistency as a political ally to Egypt’s most vulnerable. 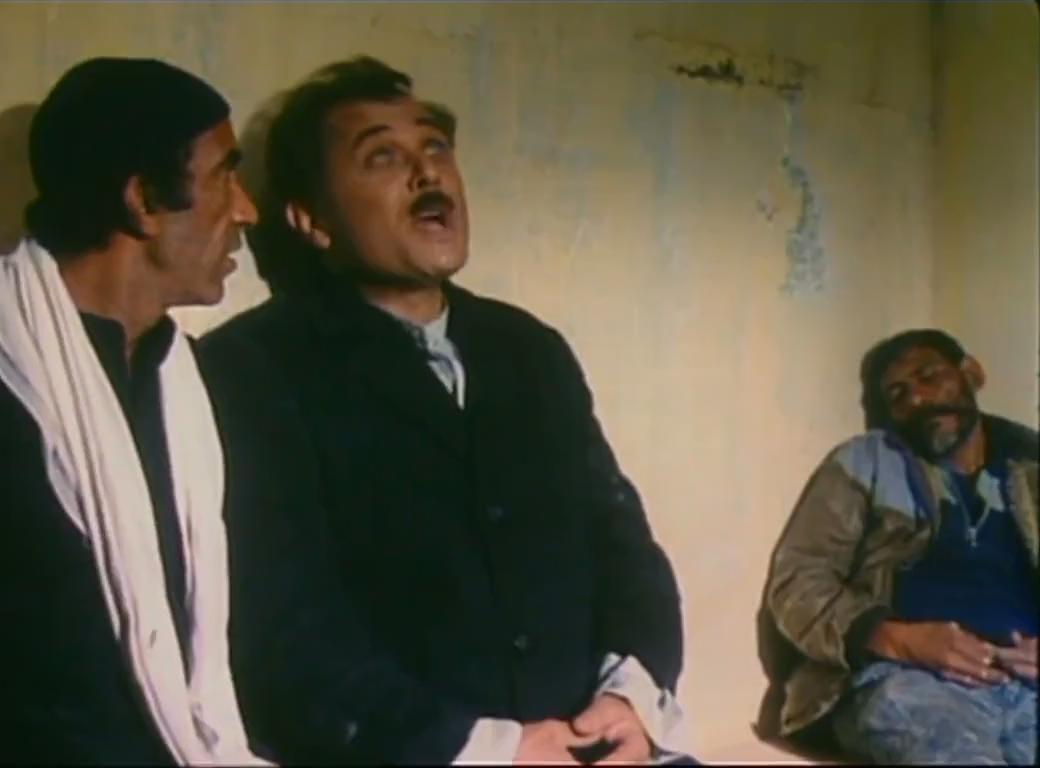 A coin toss between aesthetic philosophical cinema and a stoner movie, El Kit Kat is one of the most beloved and widely popular movies in Egyptian film history.

Directed by Egyptian powerhouse filmmaker Daoud Abdel Sayed and starring the late, great Mahmoud Abdel Aziz, El Kit Kat is one of those truly rare works, offering a very timely analysis of the country’s changing social and economic landscape in the 90s.

The film follows the story of Sheikh Hosny, a blind man who resides in the low-income district of Kit Kat and dreams of one day being able to ride a motorbike and spends his days smoking cannabis. Sheikh Hosny’s story is juxtaposed with that of his son, who dreams of one day leaving Egypt and moving to Europe in search of better opportunities. Abdel Sayed artfully threads these two pivotal stories together and renders a cinematic representation of Egypt’s socio-cultural conditions at the turn of the century. 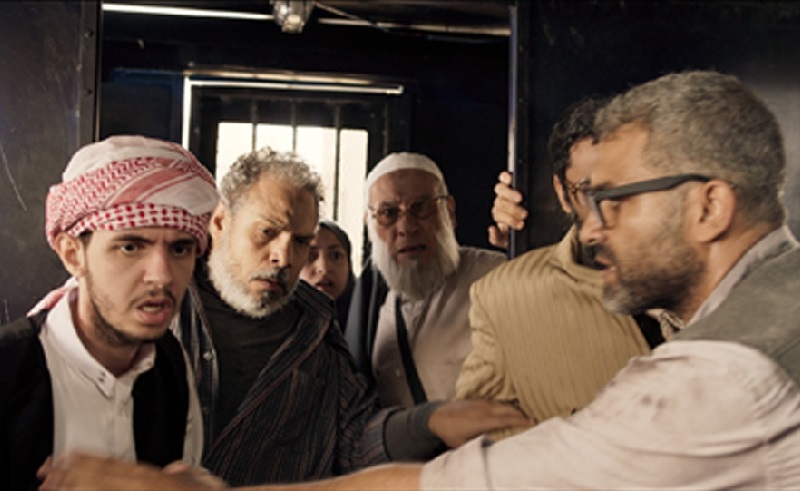 Nominated in the 2016 Cannes Film Festival’s Un Certain Regard category, Eshtebak opened to rave reviews from film critics across the world and courted controversy here in Egypt due to its contentious subject matter: the 2013 uprising and the unrest that ensued following the military coup that deposed former Islamist President Mohammed Morsi, the country’s first democratically elected leader.

Directed by critically-acclaimed director Mohamed Diab, who also co-wrote the film with his brother Khaled Diab, Eshtebak offers a sobering take on Egypt’s political division, demonstrating its human cost. The Diab brothers artfully imagine Egypt as a police truck that holds within it Egyptians from all walks of life, political affiliations and religious backgrounds. By putting all Egyptians in the driver’s seat, Eshtebak offers Egypt a cinematic reprieve from its autocratic past and offers a roadmap to a democratic future, using this microcosm of our country’s deeply divided society. 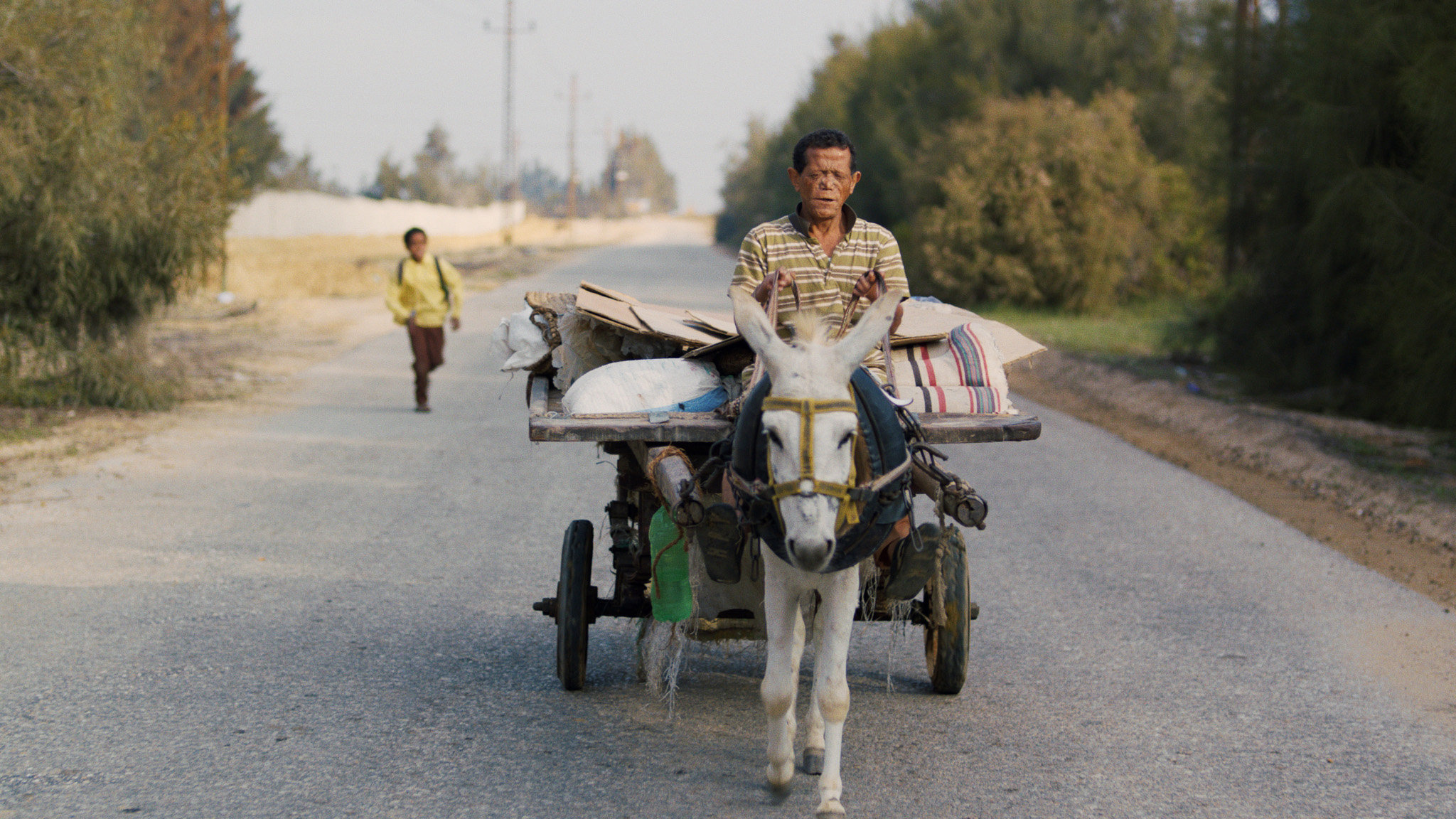 Beneath the accolades, Yomeddine is a bittersweet salute to all that is fundamentally good in humanity, but it is no Forrest Gump—it is actually better! The film follows the story of a Coptic Christian leprosy survivor and an orphan boy’s journey across Egypt as they set out to find their families. It is hopeful, heartbreaking and sidesplittingly hilarious at times.