“We’re proud that Egypt’s rich musical heritage has a home on YouTube and we are excited about bringing it closer to our users with YouTube Music,” said Liliana Abu Dalo, YouTube MENA’s head of music partnerships during an online presser on Monday, according to Al Ahram.

YouTube’s music streaming platform boasts an expansive library, from the latest Arabic and international releases, all the way to timeless classics from around the world, and spans all music genres and moods. The streaming service also comes with a set of impressive features, such as the platform’s proprietary Smart Search, which allows users to find songs they don’t remember the lyrics to, as well as offline streaming for paid members through the Offline Mixtape feature, which automatically downloads up to 100 favorited songs to a user’s device. 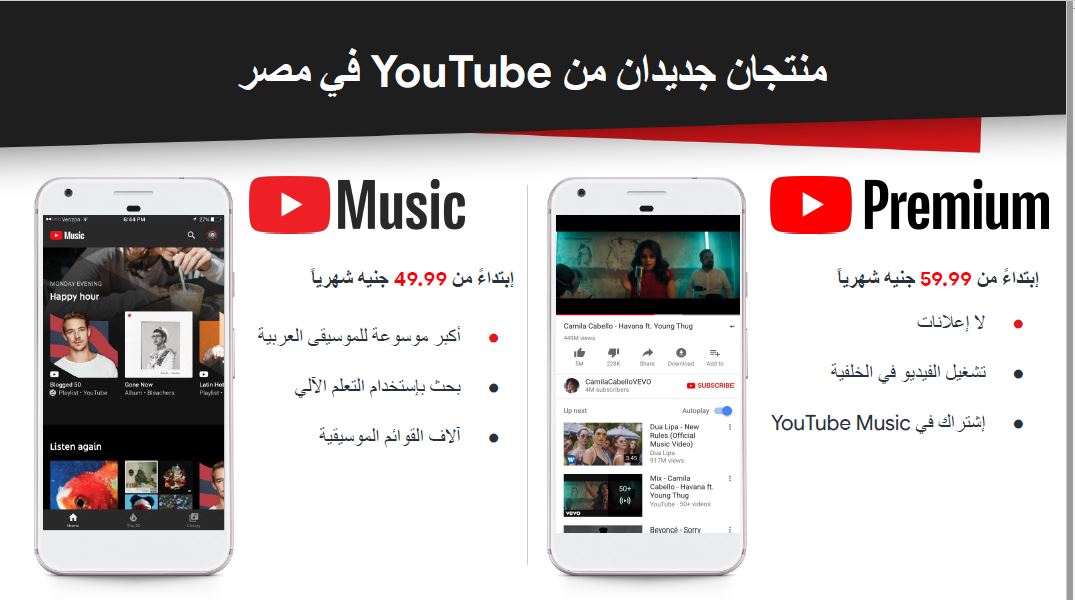 This is in addition to AI-generated playlists through the Discover Mix feature, which curates lists based on a user’s listening habits and expands on a member’s music library with new releases that match their taste in music.

YouTube Premium gives members access to YouTube Originals, featuring the tech giant’s original programming, which runs the gamut from documentaries and series like popular action show Cobra Kai, all the way to feature-length films, such as critically-acclaimed rap battle dramedy Bodied. It is not clear, however, whether YouTube Originals will be available in Egypt.