With the escalation of Ahmed Bassam Zaki’s streak of assault and rape, a renewed wave of support has manifested itself within various institutes and bodies in Egypt. Indeed, only mere days after claims of the perpetrator’s crimes were highlighted on social media, Egypt’s top Islamic clerical body has encouraged speaking out on sexual harassment and assault in a statement on Saturday

The religious body, echoing the sentiments and narratives of activists and the National Council of Women, has stated that it highlights all support to victims of sexual assaults, particularly encouraging them to report the crimes.

“Silence or turning a blind eye to these crimes threatens the security of society and encourages violations,” read the statement. It also rejected victim blaming, which is a common narrative in Egypt where women are most criticized for their attire or for leading a ‘permissive’ lifestyle.

“Women’s clothing – whatever it may be – is not an excuse for attacking her privacy, freedom and dignity,” also read the statement which stressed that harassment was an illegal act for which perpetrators had to be accountable regardless of the situation.

Finally, the institution advised a series of surprising action steps such as protecting victims from defamation, raising awareness among young women regarding their rights as well as possible legal support, promoting ‘correct’ social and religious cultures – with a focus on encouraging dialogue within families- and properly portraying harassers and harassment in media.

Indeed, the statement comes mere hours after Ahmed Bassam Zaki, a young Egyptian man who was accused of harassing and raping over 100 women, was detained. 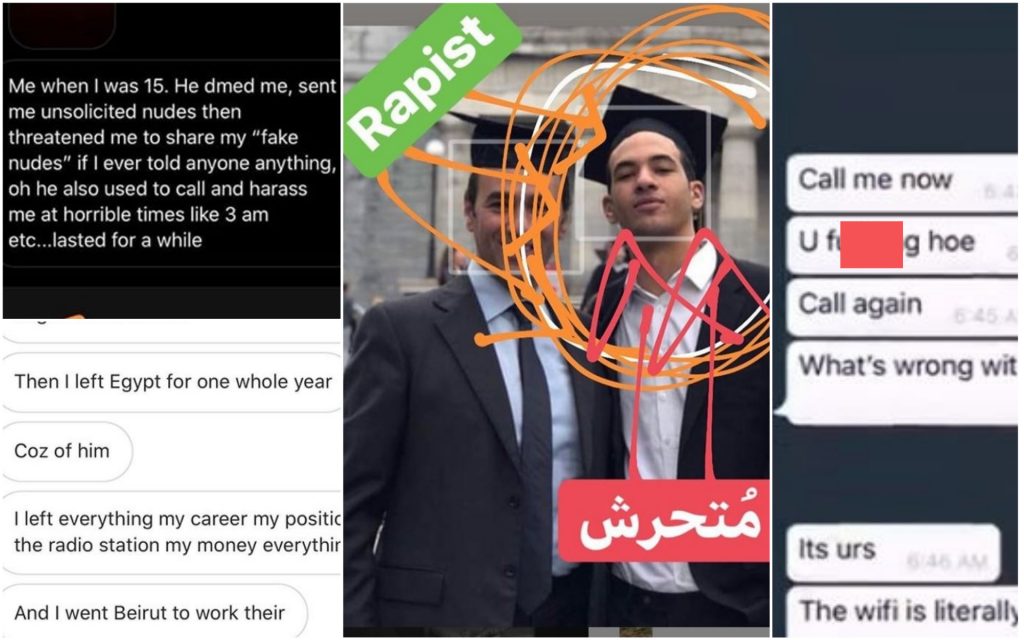 As the investigation continues, all testimonials are welcomed against Zaki, and victims willing to come forward can contact the National Council of Women at 15115 or message Khodir on her Instagram account to be connected with lawyers.

The shocking case, which saw the involvement of young activist and writer Sabah Khodir, the National Council of Women, an Instagram account gathering testimonials against Ahmed Bassam Zaki, the American University in Cairo, as well the Egyptian Prosecution office, sparked fierce social media support towards victims of harassment and rape in the country.
However, despite the clear stance against harassment and rape, victim blaming culture is pervasive in Egypt, with many women bearing the brunt of the crimes.

Victims of rape, particularly, are encouraged to not report to the police due to fears of public shaming and reputation tarnishing.

In a joint report on Sexual Violence in Egypt, prepared by Nazra Feminist Studies, Fidh, New Women Foundation and the Uprising of Women in the Arab world, the struggle of holding perpetrators accountable depended largely on feelings of guilt and shame from the victims; these feelings and views were bolstered by societal pressures, the media, and families.

The report cited a study conducted by UN women which revealed that 34.6 percent of interviewed women revealed that they did not report harassment to the police because they feared for their reputation or that they may be asked how they incited the harassment and rape to begin with thus invalidating their claims of sexual violence altogether.

In the past two years, accounts of women shared on social media have gone viral in Egypt: from 2018’s video of a man harassing a woman in Cairo’s Fifth Settlement to the controversy with Egyptian footballer Amr Warda.