Nadia Salem
From Seed to Staple: The Journey of an Egyptian Cotton T-Shirt

The term ‘Egyptian Cotton’ always adds value to an item, surrounding the potentially purchased product with a regal aura of softness and luxury.

But it is often easy to dismiss the complexities of the labour that goes into every stage of the process, which ultimately results in the common cotton products we have today; such as the basic T-Shirt or a favourite pair of socks.

Like a caterpillar in its cocoon, after a seasonal growth period marked by the crumbling of a dark and hardening protective exterior, what starts as a seed planted into the earth evolves into the fluffy white bud, commonly known as cotton – locally referred to as ‘white gold’.

The seed is planted before the summer to allow ample time in the warm weather for a bud to sprout. About one month later, the green bud blooms into a leafy yellow flower; and through its centre, once dead, a fluff of cotton cracks through the surface.

Once the flower grows into the familiar gentle material, it is picked and sorted from the field during harvest, and moved to storage, where it is ultimately examined and sampled to be ginned.

After the ginning, a process where the cotton fibre is separated from the seed in a filtering machine, the now-filtered cotton is sent to a factory to be weaved into the familiar textile known today.

It is transported to garment-making factories, where workers will transform the material into a product with a purpose.

There, the fabric is cut, dyed, and assembled into our wardrobe staple: the plain cotton tee. The now manufactured T-Shirt is sent to the retailer to sell, ready to wear by a consumer blissfully unaware of the extensive process that just took place.

In Egypt, the textile industry is the second largest after agriculture, representing 30 percent of industrial production and 10 percent of total exports.

Occupying one third of the country’s workforce, the industry employs approximately one and a half million people – 50 percent of which are women, albeit clustered around low-skilled, lower-waged, bottom of the value chain activities, as evident from the sector’s 29 percent pay gap.

Due to a decline in procedural quality, resulting in low production standards and high contamination, the demand and export capability of Egyptian cotton shrunk.

Designated by the UN Food and Agriculture Organization (FAO) as one of the world’s most important agricultural commodities, while accounting for 40 percent of global textile production, the cotton industry is lagging in sustainability; with only 12 percent of the global industry classified as sustainable.

As the world consciously progressed, different cotton-growing competitors, such as India and  Turkey, began adopting policies with heightened ethical and environmental standards, and their development has resulted in a better sourced, more cost effective product. 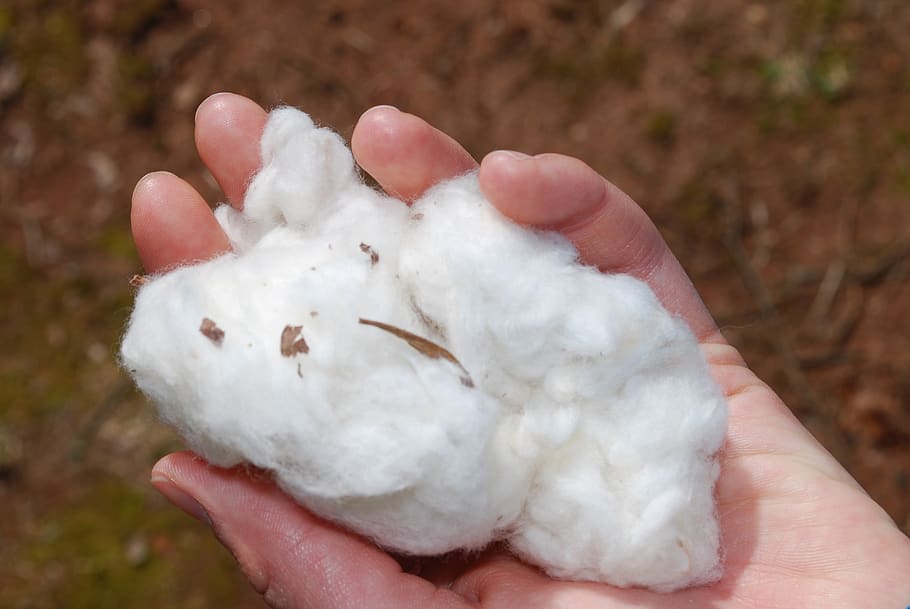 The technical lags, caused by ownership laws setting a framework for an unregulated work environment, exacerbated through time, resulted in low certifications, standards, and quality of the materials produced, which has dispirited local and international demand for the Egyptian-grown textile.

The fragmented distribution of agricultural land that took place in the 1980s led  small, inexperienced farmers, with a lack of education and expertise, to a heightened exposure to many agro-economic risks such as loss of arable land, contaminated yields, or an inability to navigate market uncertainty. This resulted in an end product that is, decades later, incapable of competing at an international level.

Despite resource potential, the regulatory lack of access for farmers, pickers, growers, and factory workers to education, training, and risk management results in mistakes along the production journey that effectively cancel a product amidst a sea of competitors.

The brand is seeking to develop a more conscious consumer, one that is aware of the social and environmental issues that underlie their purchase of a garment; a consumer that cares about the story behind their product.

In an interview with Egyptian Streets, Ali El Nawawi discussed conscious consumerism, a pillar of his brand, and the complexities of cotton production.

“In Egypt, so far, the concept of conscious consumerism only extends to a plastic or tote bag during a supermarket shop at Seoudi. There’s much more to it.”

El Nawawi also discussed the complexity of the cotton value chain, emphasizing the intricate efforts involved at each stage to produce one basic, quality item.

He discussed how enhancing and developing each stage can generate a social impact on the people essential to the process: such as the farmer, cotton picker, or factory worker.

He also elaborated that the efficiency of the supply chain will help to create higher quality, better certified cotton, resulting in more demand, and in turn, more jobs.

El Nawawi describes a conscious consumer as “one that thinks about the impact of what they buy.” He continued, “who made their clothes? Was it someone in Bangladesh stuck in a small room on top of someone else, with no pay?”

“The impact on the environment is another issue,” he added.

Conscious consumerism is a movement based on the purchasing power of the people, where buyers use their money to tip the scales of demand, eventually influencing the supply and production side to align with the often-desired but costly, more ethical practices.

As a cotton-oriented brand, witness to the process from seed to staple, Scarabaeus Sacer is involved with initiatives seeking to elevate the Egyptian cotton industry.

The project aims to enhance the sustainability of cotton produced in Egypt, by eliminating the risks of contamination and waste that plague the early stages of the process, making the value chain more inclusive and socially responsible through education, awareness, and global partnerships.

The stories behind a simple T-Shirt, being planted to be picked, then sorted and woven, and afterwards siphoned and sold, is much more than meets the eye; and there exists a global network of retailers and consumers keen on delayering the complexities of the process, in an effort to create a more environmentally sustainable and socially inclusive industry.

The dynamic nature of the operation behind a product as simple as the plain cotton T-Shirt is telling of how many livelihoods would be affected by integrating safer, healthier, and more inclusive policies at the different levels along the production line – whether it is through education, increased awareness, safer work environments, or appropriate pay.

As sustainability gains in profitability, the realities of mass production come to light, consumers become more critical of the process, and the definition of a globally attractive product changes to one that accounts for the human, environmental, as well as financial, cost of an item.

Nadia studied International Business and Journalism and enjoys discussing the different impacts of culture on our behaviour, and why people hold certain perceptions.